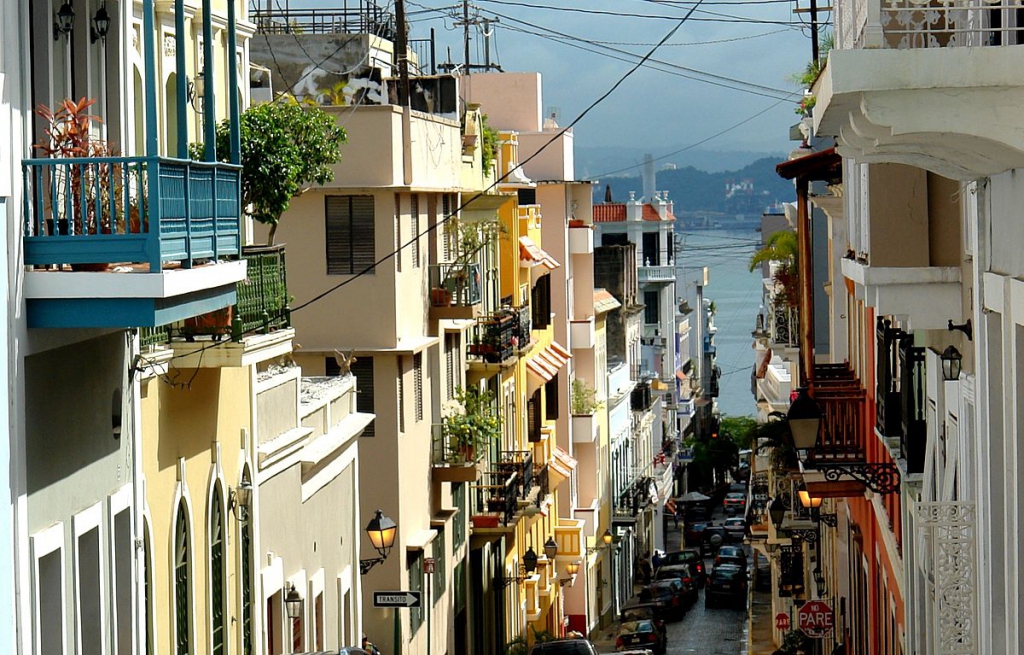 More than a century after becoming a U.S. territory, Puerto Rico is still struggling with its legacy of colonialism, and the recurring debate over statehood is analyzed more than ever. Years of financial troubles and limited resources with devastating consequences on its population and development are leading to a crucial reconsideration of their status and future. Though there are several factors necessary to mention when examining reasons for statehood, one of the major ones is Puerto Rico’s economic development.

Puerto Rico is a special case study when analyzing development in Latin America because of its connection to the U.S. Until 1996, the Commonwealth of Puerto Rico had access to fiscal, trade, and economic benefits, placing the island in an important position within the international economy (Pantojas-García, 2016). The 1980s was characterized as “The Lost Decade” in Latin America because several countries experienced a debt crisis and lost years of development progress. Yet, in comparison to other countries in the region, Puerto Rico experienced an economic boom during this period.

Through Governor Luis Muñoz Marín’s strategy, called Operation Bootstrap, Puerto Rico successfully modernized its economy and shifted its dependence from agriculture to industry in less than twenty years. This process was possible through foreign investment and passing tax exemptions to American corporations to lure them into investing and setting up their businesses in Puerto Rico. Foreign capital, technology, and entrepreneurial resources completely integrated Puerto Rico’s economy with that of the U.S. (J. Ruiz, n.d.).

Because of Puerto Rico’s state as an unincorporated territory of the U.S., businesses and citizens of the island were exempt from federal taxes. Federal tax exemptions, along with unrestricted access to the mainland market, allowed export-led industrialization between 1984 and 1996 (Pantojas-García, 2016). Initially, per capita income in the island increased by more than 500 percent between 1950 and 1971 (Cheatham, 2020). However, its economic boom was enhanced in 1976 with the passage of section 936 of the U.S. Internal Revenue Code, that essentially allowed U.S. manufacturers to get away with paying almost no income taxes on the island (Kranz, 2017). This tax policy led to the proliferation of pharmaceutical industries in Puerto Rico such as Astra Zeneca, Bristol-Meyers Squibb, and Pfizer, transforming the mostly agrarian economy into a manufacturing one (DDEC, n.d; J. Ruiz, n.d.). As a result, the standard of living increased and, as U.S. citizens, Puerto Ricans had free access to the U.S. labor market, where the island’s poor and unemployed could move freely to search for jobs and secure higher public welfare benefits (Pantojas-García, 2016).

Unfortunately, the tax advantages leading to Puerto Rico’s economic growth did not last. By the early 1990s, tax reformers saw Section 936 as too costly for the Treasury. In 1996, President Bill Clinton signed the law that phased out Section 936 over 10 years (Schoen, 2017). Plants closed and job losses followed. By 2006, nearly all the American businesses that settled in Puerto Rico were gone, and manufacturing jobs fell from 153,000 to 117,000—further decreasing to 75,000, which is less than 50 percent of the jobs in 2000 (Pantojas-García, 2016). The tax plan was designed to benefit large corporations, but Puerto Rico ended up depending on them. So, once they left, there were few domestic entrepreneurships to replace these businesses. To make matters worse, the agricultural sector that Puerto Rico left aside and replaced, heavily declined. As a result, the island is forced to import about 85 percent of its produce (Kranz, 2017).

To cover the structural deficit and sustain economic growth, the government began borrowing vast amounts of money and selling $61 billion dollar bonds to Wall Street, hoping to get cash quickly to cover its economic downturn. Firms in New York charged Puerto Rico higher loan fees than U.S. states would have to pay, contributing even further to its debt accumulation (Kranz, 2017). Also, Wall Street kept pushing for loans even as the island started moving towards economic default, so Puerto Rico did not fall into financial crisis on its own. Banks and investment houses on Wall Street made millions off the Puerto Rican government’s need for money, and they found ways of making even more money that harmed the future of the island and its residents (Sullivan, 2018).

Debt accumulation was then aggravated when Hurricane Maria hit the island in 2017. The hurricane knocked out power grids, flooded streets, and flattened entire neighborhoods (Depersio, 2019). Even with U.S. assistance, the island has not fully recovered from the damage or the trauma. Hurricane Maria destroyed nearly all agricultural production in Puerto Rico. Farmers that were already struggling with impacts of climate change claimed almost 80 percent of their crops were destroyed—approximately a $780 million dollar loss (Lluveras, 2018). The health care system was also heavily impacted after the storm and The Department of Education said it had a $300 million deficit prior to the storm (Lluveras, 2018).

In the process of trying to resolve its financial crisis, Puerto Rico accumulated a current debt of around $129 billion (Walsh, 2020). The financial crisis is one of various factors sparking the Puerto Rican statehood debate. Many Puerto Ricans attribute their inability to tackle their debt crisis and their lagged development with the lack of benefits and resources given their state as an unincorporated territory (Lluveras, 2018). One cannot deny that the U.S. played a critical role in Puerto Rico’s economic development and that it is a system of support keeping Puerto Rico’s economy afloat by sending billions of dollars in aid. However, the debate regarding how much of a role the U.S. played in the island’s economic demise, and if its conditions as an unincorporated territory are truly fair or supporting the welfare of the Puerto Rican people, is called into question.

Besides foreign debt, Puerto Rico also has debt obligations with its own people in pension payments. This debt is particularly worrying because young people in Puerto Rico usually seek better opportunities elsewhere, and as the elderly form a larger share of the population, this harms the Medicare and Medicaid system. Although more than 60 percent of Puerto Ricans receive benefits from these programs, they receive a tiny fraction of federal funding for their insurance programs compared to U.S. states (Kranz, 2017). This means Puerto Rico must finance the remaining costs, along with welfare and other social safety nets for those in need of them. Because they lack the resources and the capital, they are forced to borrow even more money to keep their Medicaid program solvent, turning their economic strains into a vicious financial cycle (Depersio, 2019).

As an unincorporated territory, Puerto Rico’s options to solve their crisis are extremely limited. It cannot receive International Monetary Fund assistance, like countries going through similar crises such as Greece. It also cannot file for Chapter 9 bankruptcy protection, which municipalities like Detroit used to receive legal protection (Cheatham, 2020). The island’s legislature tried to design its own restructuring plan, but the U.S. Supreme Court rejected the law. President Barack Obama’s administration created an alternative to this plan known as the 2016 Puerto Rico Oversight Management and Economic Stability Act (PROMESA). Essentially, it created a seven-member financial oversight board appointed by the White House that granted full control of Puerto Rico’s finances and created a debt restructuring process like Chapter 9. However, this plan’s efficacy is controversial and in February 2020, the board struck a new deal to restructure $35 billion in debt, but the members paused this restructuring and did not come to any conclusions due to the pandemic (Cheatham, 2020).

What underlies the whole economic situation essentially comes down to Puerto Rico’s restricted voice to speak up for itself in Congress. The federal government has the power to enact policies that affect Puerto Rico without its consent, and recent events reflecting the vulnerability of their economy shows that steps taken by the U.S. are not having Puerto Rico’s best interests in mind (Kranz, 2017). As Puerto Rico’s former Governor Ricardo Roselló stated, the real problem needed to be solved is “the century-old problem of colonialism in Puerto Rico” (Foran, 2018). The statehood debate must be put under the spotlight. Concluding Puerto Rico’s state is necessary, not only for the well-being of its economy, but for the future of a population with imposed challenges and limited rights.

Depersio, G. (2019). Puerto Rico Bankruptcy: How Did It End Up With so Much Debt? Investopedia. https://www.investopedia.com/articles/investing/090915/origins-puerto-rican-debt-crisis.asp#origins

Kranz, M. (2017, October 10). Here’s how Puerto Rico got into so much debt. Business Insider. https://www.businessinsider.nl/puerto-rico-debt-2017-10?international=true&r=US