The Message of the Petro: Venezuela’s Crypto-currency Effort 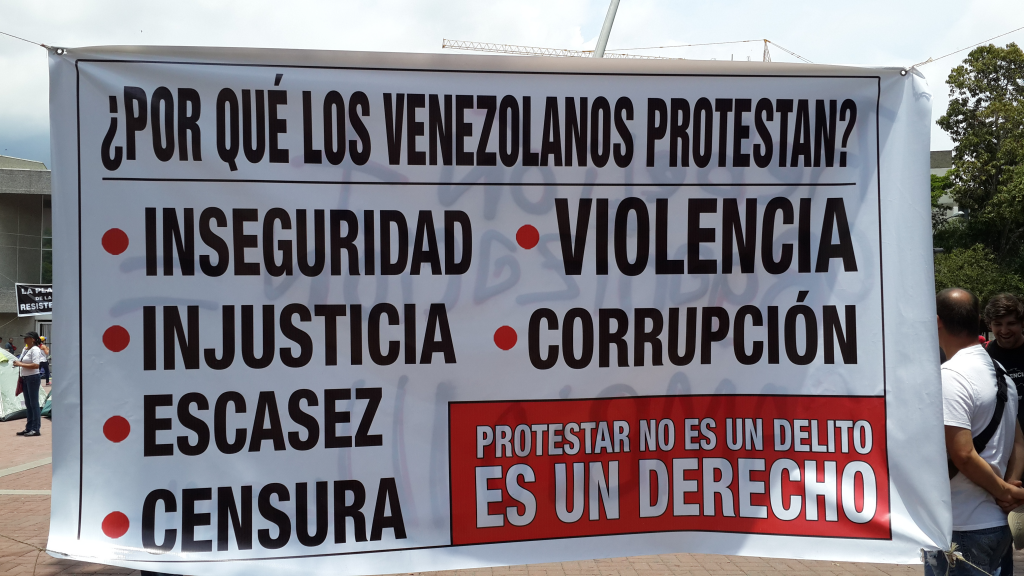 Venezuela’s prolonged economic crisis has not slowed down. The International Monetary Fund projects an 1,000,000% inflation rate by the end of 2018 (Ellsworth). The country’s paper currency, the bolívar, has become nearly worthless while the government scrambles to implement different monetary reforms to ease inflation and reboot the economy. Despite the government’s attempts, Venezuelans have taken matters into their own hands, turning to the black market, exchanging goods and services, or using the U.S. dollar for functionality. In August, the Venezuelan government announced that they were going to “fix” the bolívar, by simply printing the money in a different color and taking five zeros off the end. Steve Hanke, a professor of applied economics at Johns Hopkins University says, “it’s a cosmetic thing that’s happening, the zeros… It means nothing unless you change economic policy” (Casey). According to the New York Times, a cup of coffee now costs an astronomical two million bolívars (Casey). The staggering statistics of Venezuela’s crisis, including both economic and humanitarian disasters, are recorded as one of the worst hyperinflation cases in modern history. Venezuelan President Nicolas Maduro has clung to power through harsh political repression as unrest grips the failing nation. Most recently, the Venezuelan government has pivoted its attempts to solve the country’s problems with a new cryptocurrency.

Last March, Maduro announced the creation of the Venezuelan Petro (PTR) as an instrument to combat the severe economic crisis and revive domestic currency. The Petro is a cryptocurrency based on block-chain technology that is allegedly backed by Venezuelan oil, gold, diamonds, and gas reserves (“Enter the Petro”). While the Petro has often been referred to as a “failed project” since its inception, the cryptocurrency is both the first of its kind and deeply concerning due to the blurred lines between monetary oversight, government-backed emission and regulation, and an unstable political climate.

Venezuela’s Petro is a prime example of how the decentralized framework of cryptocurrencies clash with government accountability and international legitimacy. Therefore, it is necessary to analyze the significance of a state-backed cryptocurrency in the modern international system. At its core, block-chain technology seeks to shift trust from traditional, centralized institutions to decentralized users. With nearly complete anonymity, people can make instant transactions and bypass “trust actors,” such as powerful banks and governments. However, with the explosion of successful blockchains like Bitcoin, many economists argue whether or not cryptocurrencies can be considered legitimate monetary currency, or if they are merely elements of the “Internet of Money,” meaning its legitimacy lies only through the internet. Despite the Petro’s theoretical framework, an added concern is whether or not the complex technological advancements are accessible for Venezuelan citizens.

If the Petro was going to be implemented, Venezuelans would need basic knowledge and technology to use it. Widespread poverty, lack of resources, and general unfamiliarity with cryptocurrencies in Venezuela means that large-scale usage is unlikely possible. While blockchain technology has the potential to be an important tool for global markets in an increasingly interconnected world, the Petro brings up socio-economic implications, the volatility of global governance, as well as the issue of international legitimacy.

Since the Petro was unveiled to a global audience, many governments and leading cryptocurrency trading platforms have labeled it as a scam. Bitfinex, a Hong-Kong based cryptocurrency trading platform, released a statement on their website concluding, “we see the PTR as having limited utility. In addition, it could be construed as an attempt to circumvent legitimate sanctions against the GOV [government]… in light of the U.S. sanctions and the other clear sanctions risks of dealing in these products, Bitfinex will not list or transact the PTR or other similar digital tokens” ("Statement on Venezuelan"). Other critics of the cryptocurrency point out the lack of information produced by the Venezuelan government detailing its regulation and government-backed value. According to Article 4 of Venezuela’s Decree No. 3.196 published in the Official Gazette in December 2017, a Petro is equivalent to a "purchase-sale contract for one barrel of oil from the Venezuelan crude oil basket or any commodities decided by the Nation." (Usman 3) Yet, as the Chohan study notes, the barrels of oil, diamonds, and gold have yet to be certified for the purpose of backing the Petro.

The reputation of the Venezuelan government also impedes the launch of the state-sponsored cryptocurrency. Transparency International ranked Venezuela 169th out of 180 countries in the world for the 2017 Corruption Perceptions Index, with countries like North Korea, Libya, Sudan, and Somalia trailing behind as more corrupt ("Corruption Perceptions"). How are investors going to trust the Petro backed by a government infamous for lining the pockets of politicians at the expense of its citizens? According to the fundamental guidelines for the Petro, the control and registration of digital transactions are to be facilitated through the Blockchain Observatory of Venezuela, which is part of the government’s Ministry of University Education, Science, and Technology (Usman 2). The government involvement creates risks for corruption with a dangerous veil of anonymity.

When the Petro was announced by the Maduro government, the international community swiftly took action. U.S. President Donald Trump issued an executive order stating “all transactions related to, provision of financing for, and other dealings in, by a United States person or within the United States, any digital currency, digital coin, or digital token, that was issued by, for, or on behalf of the Government of Venezuela on or after January 9, 2018, are prohibited as of the effective date of this order” (Trump). Many countries, including those from the Americas and the European Union, have put heavy sanctions on the country to stifle any opportunity for the Petro to establish itself in the international financial system. If world powers are pointing fingers at Venezuela and lobbying opposition movements against the Petro, it cannot obtain the investment that it needs to be successful.

While the government is trying to implement the cryptocurrency now, the idea of the Petro was first conceptualized by Hugo Chavez back in 2009 (Usman 3). Chavez, a long-time critic of the U.S. hegemony, thought that a cryptocurrency based on oil would undermine the power of the U.S. within the international system. Chavez hoped to shore up the economy and reduce international influences. He sought to create an international currency that would be based mainly on the oil reserves of some countries of the world, including Venezuela and the oil rich countries of the Middle East. Today, Maduro invokes the Petro as a way to avoid international sanctions that have been slapped on the country due to harsh anti-democratic processes, like fraudulent elections, violence against political opposition groups, as well as gross human rights violations.

The reliance on the Petro has proved itself to be disastrous and the International Monetary Fund has rejected loans for Venezuela based on its flatlined production capacity. Although the Petro seems like a failed project, some Venezuelans have new ideas about a blockchain future. Leon Markovitz, a Venezuelan serial entrepreneur, argues that Venezuela’s ideal “stablecoin” is one that wouldn’t need collateral or a central bank. Instead, the gold and petroleum reserves of the country could act as an insurance to buy back the currency if its demand falls. Markovitz states, “The issuance of the stablecoin would expand and contract based on an "algorithmic central bank" responding to the economy's health, and the shareholders, the citizens, would receive sustained revenues accruing from the interest from savings and bonds of a healthy economy.” The decentralized nature of Markovitz’s proposed model differs from the Petro because it combats corruption by the government and uses an "algorithmic central bank."

In the future, the Venezuelan people may use decentralization as a strategy to stabilize the economy and combat systematic corruption. Instead of the power being concentrated by autocratic leaders like Maduro, the government should disperse power, authority, financial resources and political support among federal, provincial and local governments. Decentralized systems of political power not only distribute resources but also combat systemic corruption. If a legislative body were to become corrupted, decentralized systems make it easier to remove them from power. Additionally, decentralization would prevent actors like Maduro from rising to power and promote democratic decision making for the country.

Blockchain technology has the power to transform the global economy and affect political actors in the international system. While the Petro serves as a harsh result of the of merging technology with decentralized foundations and an autocratic government, it can provide a possible tool for Venezuela in its reconstruction phase. Global actors such as the International Bank for Reconstruction and Development (IBRD), whose job is to provide advisory services and assistance in response to global challenges, could provide counsel and resources to revive the country through technology. Nonetheless, the Venezuelan government’s cryptocurrency initiatives have ultimately failed to bring the promise of reconstruction and stability. In February 2018, when the Petro was unveiled, Maduro declared that 100 million Petro tokens were going to be available to purchase. These tokens, according to Maduro, were going to be backed by oil and estimated to be worth around $6 billion. Today, months after the inception of the Petro, there is still no evidence any Petro are being traded or circulated in digital markets. While the Venezuelan government has pursued innovative strategies to revive the country, it seems as though rampant socioeconomic issues, lack of governmental transparency, and the wrath of the international system will prevent any attempts to restimulate the ailing Venezuelan economy.