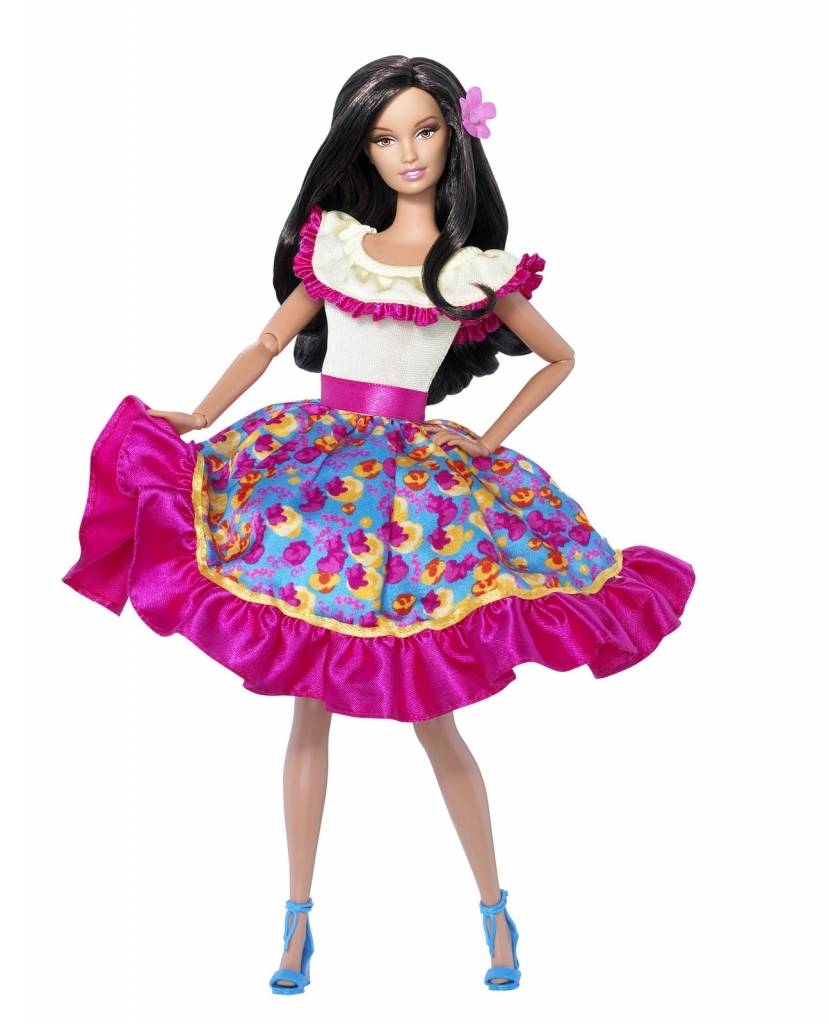 The Barbie Doll, possibly the most commonly criticized, iconic American toy is currently being kept at a historically and artificially low price by the anti-capitalist government in Venezuela, just in time for holiday shopping. What cost mothers and grandmothers up to three weeks minimum wage pay last Christmas (3500 bolivars) is now only about 250 bolivars or USD $3 using the bolivar-to-dollar black market conversion rate. The same dolls are sold for about $19.50 in the US.1 As part of Maduro’s “Operation Merry Christmas,” many consumer goods are being capped in addition to the long-imposed price ceilings on essential products such as milk and laundry detergent. Although the late Hugo Chavez denounced the Barbie as a “training tool for capitalist consumerism,” Maduro’s government has committed to preventing currency speculation ruin the holidays for Venezuelans.1 The policy targets some big-ticket items as well, such as plasma TVs, laptops and refrigerators. This is the second year the government has imposed a policy that forces retail to sell at unprofitable prices; Venezuela currently boasts the world’s highest inflation.1However, these temporary price cuts are providing citizens with a momentary pause in skyrocketing prices.

Maduro has increased the minimum wage to protect worker’s salaries from the accelerating inflation, currently increasing at a rate of 63.4 percent per year.2 A full-time, minimum wage position will earn about 4,889 bolivars in a month, or about USD $50 using the black market conversion. He boosted military salaries by 45 percent; the military wage has increased some 500 percent since 1999.3 Critics believe the government is overprinting money but Maduro, as Chavez did before him, repeatedly cites the “economic war” waged by foreign enemies. Economists fear the consistent raising of wages will only augment the inflationary crisis at hand.

The minimum wage increase was part of Maduro’s final set of “superpower” decrees issued on Wednesday the 19th. The National Assembly gave him 12 months of economic governance by decree last November with goals to fight both corruption and the nation’s economic downturn. Some of the highlights of the 28 issued decrees include: increased taxes on luxuries, alcohol and tobacco, elimination of inflationary adjustment on corporate taxes, enhanced controls eliminating business profits of more than 30 percent, expansion of the state’s role in the gold industry, increase of foreign investment and combating the growth of monopolistic tendencies.2

Economists are skeptical that these reforms will attack the major problems of depreciating currency and falling international reserves. Venezuela’s huge oil reserves are sold at artificially low prices abroad. Domestically, gasoline is sold cheaper than bottled water.3 The government props the value of the bolivar with price controls that cannot compete with black market realities. Street markets are more overcrowded and disorganized than ever due to scarcities in traditional supermarkets. Items such as diapers and deodorant are at high demand and are nowhere to be found. In addition to maintaining the price caps on these items, on Wednesday Maduro announced a ban on street sales of similar staples including coffee, shampoo and eggs.4 He promised that violators caught by the National Guard would be prosecuted. Purchase limits are strictly enforced with fingerprint scanners and identification mandates with cashiers at checkout. With prices capped at less than half-street value and supply steadily falling behind demand, black market vendors have reportedly accepted the risk and continued their efforts.4 Smuggling consumer necessities across the Colombian border as if they were narcotics, Venezuelans hope to sell items for market prices to neighboring countries to make some kind of profit.

Many economists believe that increased taxes and penalties for profiting business remains useless in the Venezuelan case. Luis Vicente Leon of Datanalisis, the most well recognized market analysis firm in Venezuela explained to Agence France Presse, “You can't use deficit compensation mechanisms that go against the heart of the problem, which is production and investment. Raising taxes on what's left of the productive economy, controls and threats won't resolve the deficit or solve the supply problem."2 The exchange rate should not be expected to change given these policies and inflation is predicted to continue unless Maduro decides to devalue the bolivar, which he has repeatedly denied as a possibility.2

3) “Venezuela to raise minimum wage by 15 percent.” AP. Available at: