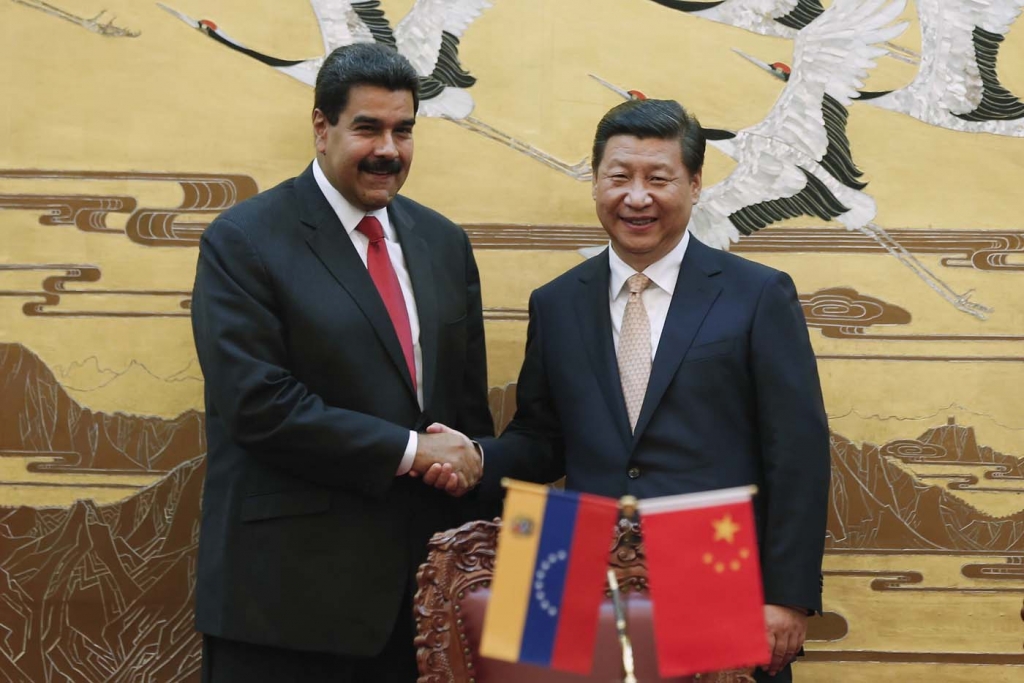 Oil prices are rapidly falling, thus Venezuelan President Nicolas Maduro decided to make an important trip this past Monday. He announced in a public address on Sunday evening, “I leave on a very important trip to deal with new projects… and the decline in revenues that are the product of the sharp decline in oil prices.”1 First stop, Russia. The first of several OPEC nations on his around-the-world travel agenda including Saudi Arabia, Iran and Algeria, Maduro stopped by the Kremlin earlier this week to discuss continued “solidarity” in the face of US sanctioning, falling oil prices and economic struggle.2

It was suggested that Maduro discuss collectively cutting oil production with President Putin, a plan he is predicted to continue discussing with OPEC leaders throughout his travels. He plans to work in tandem to impact demand and shore up oil prices, and hopefully increase Venezuelan export revenue. A similar Maduro proposal was rejected by the OPEC nations only three months ago.1 Venezuelan oil has dropped nearly 50% in price since mid-2014, killing revenues that make up 95% of Venezuelan exports and accrue critical foreign currency reserves.3 Inflation reached over 63% in 2014 and the final quarter of last year reported a 2.3% GDP contraction.2 Luckily his second stop to China proved a worthy visit before the two-day CELAC-China summit began on Thursday, December 8th.2

Chinese President Xi Jinping approved a US $20 billion grant of Chinese investment and loans, partnered with the China Development Bank and the Bank of China. In the last 10 years, China has loaned Venezuela US$45 billion, including US$4 billion in July. Venezuela has thus far serviced the loan with oil supplies.3 Terms of this new loan have yet to be announced to the public, but many are anticipating another oil-for-loan deal.4 Maduro commented on Wednesday that the funds would be used for “projects of the economy, energy and social kind.” China has fueled its industrialized growth with resources from around the world; it is Venezuela’s biggest oil buyer.5President Xi expressed hope that the funds will be channeled into fields other than energy, such as mining, agriculture and industry.3

It has been publicized that the loan does not represent “freely available cash” that the Venezuelan government can use to buy imports or service debt, a huge issue given that two-year Venezuelan government bonds are yielding over 60%.5 High yields are the product of all kinds of issues: political polarization, huge public debt, relatively low international investment and distortionary economic policies.1 Maduro’s approval rate has halved since he took office, just over 20% as of the new year as statistics boasted a 4.4% economic retraction for 2014.4

The CELAC-China summit was suggested by President Xi Jinping last July when he visited Latin America and is the first of its kind. The Community of Latin American and Caribbean States is made up of 33 countries, formed in 2011.4 On Wednesday, the Chinese leader announced a proposed US$500 billion in two-way trade in conjunction with US$250 billion of Chinese investment in Latin America in the next decade, approximately doubling their current volumes.5 Xi deemed the bilateral ties “a great invention,” discussing energy, infrastructure, technology, politics, resources and security. Costa Rican President Solis, Ecuadoran President Correa and Bahamian Prime Minister Christie were also in attendance. Ecuador too received financing from China and an increased credit line from Eximbank, US$7.5 billion and US$5.3 billion, respectively.3

The United States has traditionally dominated trade portfolios in Latin America; is China trying to push America out by offering substantial financial assistance to leftist governments? Signs are beginning to indicate this. In November of 2014, China announced the creation of their own Asian Infrastructure Investment Bank, seen by many as a rival to the World Bank, historically under the reign of the US.5 China has repeatedly expressed its excitement for the “new relationship” with Latin America and seems to be holding on tight; Xi broadcast on Wednesday, “We should jointly build this new cooperative platform from a strategic perspective and a long-range vision.”3

4) Kaiman, Jonathan. “China agrees to give Venezuela $20bn in loans and financing.” The Guardian. Available at: http://www.theguardian.com/world/2015/jan/08/china-venezuela-20bn-loans-financing-nicolas-maduro-beijing