Completion of the Metrocable Medellin in Medellin, Colombia, more than a decade ago ushered in an alternative form of public transportation to densely populated, underserved, geographically isolated communities in Latin America. The Metrocable Medellin and its numerous predecessors are essentially gondolas that are typically associated with transportation from the bottom to top of the hill at ski resorts. Similarly, hilly geography in Latin American cities prevented conventional forms of transportation such as buses from transporting citizens throughout the city in a reasonable amount of time. Steep, narrow, winding streets dramatically slowed buses, which in turn slowed other traffic. The result was losses in productivity and lower than potential GDP1. Most recently in September 2017, the City of La Paz, Bolivia, installed their fifth gondola line. For optimal user experience, its cabins are equipped with free Wi-Fi, video monitoring and cabin lighting. Other Colombian cities including Medellin and Cali, as well as Caracas, Venezuela have recently built gondolas and plan to continue doing so in the future. One of the primary factors affecting the feasibility of gondolas are the costs of installation.

Conventional forms of public transportation such as subways and light rail haven’t been constructed in urban hilltop neighborhoods for two primary reasons; geography and cost of installation. Not surprisingly, the two factors are related. According to Michael McDaniel of the Frog Institute in Austin, TX, “running subway lines under a city can cost about $400 million per mile. Light rail systems run about $36 million per mile. But the aerial ropeways required to run gondolas cost just $3-12 million per mile.” Subway and light rail systems are substantially more expensive than gondolas and costs associated with their installation would be higher in hilltop neighborhoods due to the challenging geography. For small, dense, geographically isolated urban neighborhoods that lack a tax base large enough to support a subway or light rail system, installing gondolas may be the most feasible way to provide citizens with access to efficient public transportation. Aside from cheaper costs of installation, gondolas significantly reduce commuting times, thereby increasing economic efficiency and output.

In Mexico City, bus riding commuters who switched to gondolas reported reductions in commuting time from 80 minutes to 19 minutes, meaning that each worker essentially gained two hours back per day. In Cali, travel times decreased from 35 minutes to 9 minutes for citizens who began using the gondolas. Despite moving at 10 mph on average, gondolas significantly reduce commuter travel time. Standard fares to ride the gondola in Medellin are roughly $1.75. For Medellin residents of Estrato 1, 2 or 3, fares are cheaper than standard. They are the poorer neighborhoods in the city, so residents from those neighborhoods still have access to reliable public transportation that enables them to participate in the broader regional economy. Based on mixed results from gondola systems around the world, it appears that context is key to their success.

One of the most notable failures to date is the Emirates Air Line, built for the London Olympics. While the project was initially a flashy success, its usage rate has decreased substantially since. In contrast to successful versions in Latin American cities, the Emirates Line has experienced a declining usage rate since the conclusion of the London Olympics. In London, the gondola system isn’t a necessity for navigating throughout the city. In hilly Latin American cities, gondolas are a necessity for citizens of poor, isolated hilltop neighborhoods who are now able to use their time more efficiently, and may contribute to increased productivity in these economies. 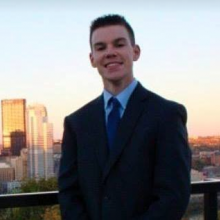 John Robert Foster
John is a Senior studying Economics and Urban Studies with a focus on Urban & Regional Planning. During his time at Pitt, he has served as the President of the Real Estate Association, Events Chair for the National Society of Leadership and Success and was a member of Habitat for Humanity. He works part-time as a Real Estate Agent at Keller Williams Realty and will be pursuing a career in real estate developmen