Fighting the Obesity Epidemic in Mexico: A Combined Effort 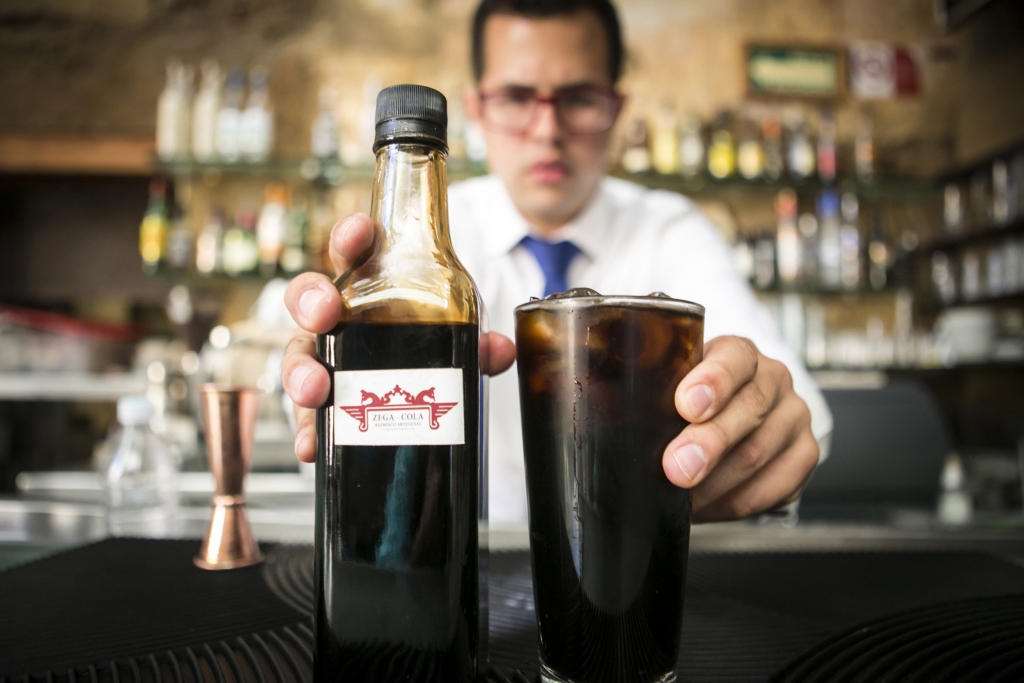 According to a recent publication by the Organization for Economic Co-Operation and Development (OECD), Mexico is the world leader in its combined overweight and obesity rates among adults, with over three-quarters of the population over 15 suffering from one of these two conditions (Mexico News Daily 2017). To make matters worse, Mexico’s obesity rates have been gradually on the rise over the past forty years. Obesity reduces both the quality of life and the life expectancy of individuals by putting individuals at higher risk for developing chronic illnesses. One of the leading factors, which is cited as heavily contributing to the obesity epidemic in Mexico, is the high rates of sugar consumption among the country’s population. The country is notorious for its love of sugar-filled drinks and consumed more of these beverages than any other country in the world in 2012. Mexicans particularly enjoy Coca-Cola, which has been described as “practically the national drink in Mexico” (Beaubien 2017).

Unfortunately, the nation’s world-leading rate of sugar consumption is accompanied by a number of costs that stem directly from resulting sugar-induced health problems, such as the lifelong diagnosis of diabetes. In 2017, the World Health Organization named diabetes as the leading cause of death in Mexico, accounting for some 80,000 deaths annually and affecting approximately 14% of the country’s entire population of about 120 million (Beaubien 2017). In addition to greatly contributing to the country’s mortality rates, the high prevalence of diabetes in the Mexican population costs the national health care system billions of dollars annually. Individual diabetics also endure health-related expenses and can pay as much as $150 per month out-of-pocket for doctors’ visits, medications, and insulin needed in order to manage their chronic condition. Further, other health complications often arise in those diagnosed with diabetes, of which often prevent these people from being able to work until retirement and make a living to support their families.

In an attempt to control the widespread, debilitating health consequences resulting from Mexico’s high rates of sugar consumption, the country implemented a sugary drink tax in January 2014. The tax boosted total prices on carbonated soft drinks, fruit drinks, and sweetened iced tea by around 10%, or one peso per liter on these products (Sanger-Katz 2017). First year studies during 2014 found that sugary beverage consumption “fell substantially, with the biggest decreases among low-income Mexicans – the group at the highest risk of obesity-related diseases” and sales fell overall by around 5.5% (Sanger-Katz 2017). However, despite the falling rates of sugar intake by Mexicans just one year after the introduction of a soda tax, “Mexico was still the second-highest per capita consumer of sugary drinks in the world” in 2015, showing that the health-benefits accompanying the tax will occur gradually and that more can be done to combat this national epidemic (Cataneo 2018).

On March 21, 2018, Emily Cataneo, a reporter from NPR, announced that Antonio Ambrosio Salvador, a carpenter residing in the Mexican village of Santa Ana Zegache, had developed an all-natural beverage called Zega-Cola. The drink was created to offer consumers a healthier alternative to replace the country’s favorite sugary-beverage, Coca-Cola, and can be viewed as an attempt to help combat Mexico’s high obesity rates on a smaller, local scale. Salvador’s idea to produce locally originated three years ago from a class he took which taught him the technique of soda-making. Salvador was originally accompanied in his entrepreneurial attempts by nine other individuals who had participated in the class as well, but despite their collective efforts, the group made no money from production, and eventually disbanded. Salvador continued on, however, and was aided by his wife and teenage daughter in the years following. Zega-Cola is made from a number of natural ingredients such as fruity oils, coriander, lavender and caffeine and has a much lower sugar content than Coca-Cola – making it an exceedingly attractive, healthier option compared to the widely popular product. Salvador speaks highly of his drink’s superiority, claiming that “…the value of Zega-Cola, for the buyer, lies in its transparency. If you drink a bottle of Zega-Cola, you know exactly what you’re drinking, and you know it’s all-natural” (Cataneo 2018).

In Oaxaca, Mexico the owners of a well-known, upscale restaurant called Los Danzantes, announced via Facebook on March 1 of this year that the restaurant was going to stop selling Coke products entirely. Instead, it would start serving Zega-Cola to its patrons as a locally-made, suitable alternative to the nation’s favorite drink. The popular establishment is located just 18 miles from the village of Santa Ana Zegache where Zega-Cola is currently being produced. Jamie Muñoz, owner of the restaurant, defended the company’s decision to make the switch asserting that, “Part of the philosophy of Los Danzantes is to enhance our roots in Mexican cuisine with local products, and it is time to make decisions that are more consistent with our philosophy and to support and promote local and natural products as much as we can” (Cataneo 2018). A couple of other local businesses sold Zega-Cola to their customers before Los Danzantes made the change; however, gaining the support of a widely-respected business, such as Los Danzantes, offers Salvador’s beverage a greater chance to become relevant in domestic markets, by exposing the product to a wider range of consumers who might otherwise have been skeptical about trying a non-Coke product. Just two weeks after Los Danzantes publicized its decision to switch to the local alternative, Salvador sold more than five crates of Zega-Cola. These recent sales amount to more than the native artisan had sold in his entire first year of production and illustrate the extent of Los Danzantes’ influence over local markets. Such an immediate, positive reception by the community should also leave Salvador feeling hopeful about the potential for further support from local businesses over time, which will result in a significant increase in demand for his beverage.

The rise of Zega-Cola’s popularity, largely due to the support from the restaurant Los Danzantes, could be accompanied by many health-related benefits for Mexico. For starters, a widespread switch to a less-sugary, natural alternative which directly challenges Coca-Cola’s supremacy in Mexico, should substantially decrease the high rates of sugar intake in the country’s population. A reduction in sugar consumption will help prevent the rates of obesity and resulting chronic illnesses, such as diabetes, from rising any further; which, in time, will reduce the number of annual deaths resulting from these subsequent health complications. The population’s overall life expectancy should also increase, and the quality of living endured by its members should be enhanced. Fewer health issues present among the people in Mexican will enable them to work for longer periods of time, which will in turn generate more domestic income and allow these individuals to adequately support their families. Future health-related costs for individual households and the entire Mexican health care system should decline as well, which will offer an opportunity for these funds to be allocated to other domestic areas in need.

In addition to inducing numerous health-related gains, extended availability of Zega-Cola in local establishments also holds the potential to generate a number of economic benefits for Mexico. Over time, as Mexicans become acquainted with Zega-Cola through commercial exposure to the product and learn about how much better it is for their health than Coca-Cola, consumer demand for the locally-crafted beverage should increase. A rise in demand for the product will hopefully prompt other domestic businesses to stop buying Coke products and invest their financial resources into the local goods market instead, which will help stimulate the economy’s growth. Further, increased demand for the soda will require an expansion in current production, which will offer locals a new source of employment and income; as Salvador has expressed that he wants to hire people from around the village to aid him in his future pursuits and would then pay them for their work.

Over time, when other members of the community begin to learn the trade of soda-making from Salvador, the entire market can capitalize on this diffusion of knowledge, by adapting more efficient production techniques which could lead to a higher quantity and better quality of final goods. Local industry competition for domestically-made product could increase as well, as people become inspired by Salvador’s entrepreneurial success and wish to develop their own healthier product alternatives for food and beverages. In February 2018, Salvador sold six crates of the product, which is around 4,320 pesos worth or about $230. Putting these numbers in perspective, the average monthly per capita income in the Santa Ana Zegache village is around $260. This comparison directly reflects the overall significant impact Zega Cola’s recent spike in popularity has had on the Salvador family, by helping to supplement their monthly income and improving their current financial situation. On a larger scale, Zega Cola’s initial promising sales figures also represent the potential for the locally-produced goods market to help contribute to Mexico’s future economic growth upon further development. The fight against obesity and related health issues, which result from Mexico’s high sugar consumption rates, is currently a combined effort on behalf of both the national government and local entrepreneurial-minded innovation, and the country should remain hopeful that the initial success experienced as a result of these joint attempts will continue for many years to come. 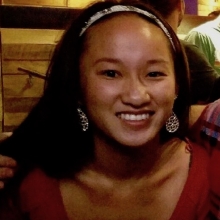 Genevieve O’Brien
Genevieve O’Brien is a senior at the University of Pittsburgh double majoring in Economics and Psychology. During her time at Pitt she has been taken a number of research-oriented courses which have inspired her to pursue a career in market research after graduation. She also hopes to attend graduate school sometime in the near future.