The Ethics of Volunteer Tourism in Latin America 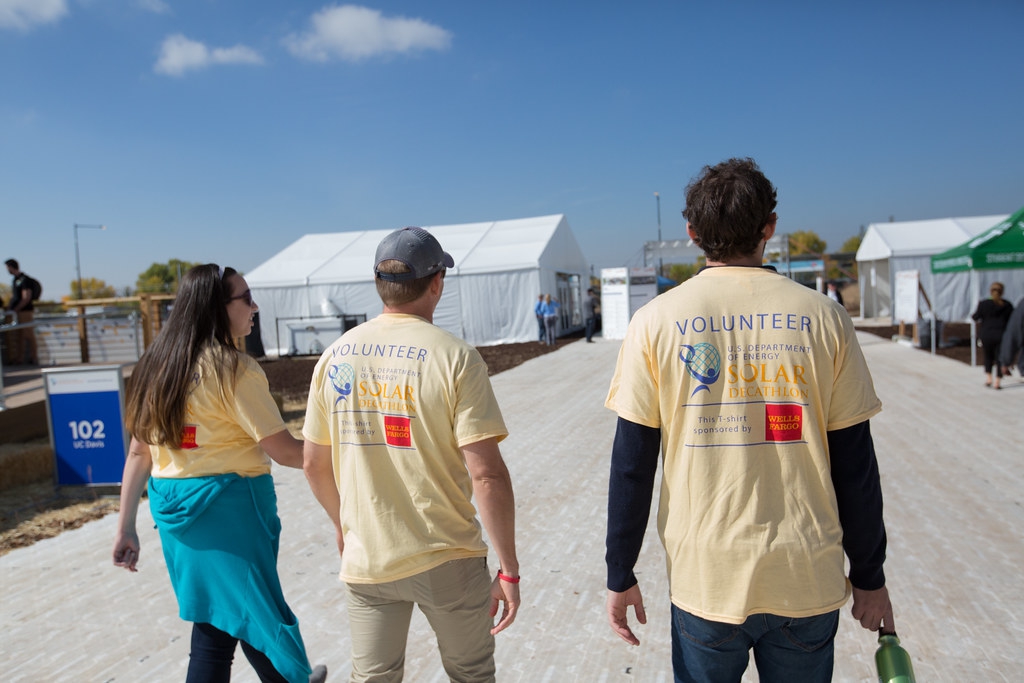 Volunteer Tourism has emerged in the past two decades as an increasingly popular alternative form of travel. Volunteer Tourism or “Voluntourism” is the practice of traveling to another country and volunteering there, generally through an organization, university, or private entity. These trips commonly focus on rectifying problems with the environment, infrastructure, or social inequality in developing countries. However, while voluntourism is favored by some for giving a more authentic and realistic view of the country to foreigners, it is also highly criticized for potentially causing developing countries to form a dependence on it. Volunteer trips can vary in purpose and length; however, they are often short-term trips that are resource expensive. These trips, while well-intentioned, have faced opposition due to their possible negative consequences they can cause.

Despite this criticism, volunteer tourism does offer a wide variety of benefits to the host country and volunteers. Voluntourism plays a definite role in aiding a community through the primary service project, but it also does much more. The project that the volunteers conduct, whether its building schools, teaching English, or providing medical assistance, can be seen as a way to alleviate poverty and support vulnerable communities in a less developed country. Apart from the community service project itself, one of the most substantial benefits is the ability of voluntourism to increase cultural understanding and awareness. “Voluntourism, if done properly, can benefit communities and organizations, and for the volunteer, it creates a cultural awareness that would not be achieved otherwise” (Robinson 2018). This cultural awareness and competency are very hard to achieve without the type of physical interaction that service trips provide.

Nevertheless, more than just being culturally immersive, proponents of mission trips emphasize the need for volunteer tourism to be sustainable. The Borgen Project describes this as ensuring that the local community is receiving the maximum benefit in the development of their community and that the benefit of the volunteers is secondary (Robinson 2018). Others support voluntourism because they believe these volunteers can contribute to the local economy of the community they visit by purchasing food, souvenirs, and other goods. This can help increase the income of local small businesses. Furthermore, voluntourism does provide volunteers with a more meaningful and fulfilling aspect to their regular vacation, and if done correctly, it can create long-term positive impacts. However, it does call into question who these trips are really benefiting. Even though organizations state that their main objective is to aid the community, some critics find that these trips are meant more so to be a transformational experience for the volunteer.

Voluntourism is often criticized for the dependence it creates on tourism from western countries. Some critics find that the idea in its entirety is a spread of western culture that is hegemonic. A study by Irmgard Bauer states, “International volunteering thrives on the notion that global poverty and its consequences can be remedied by well-meaning people who even benefit from this exercise in various ways. Skills and experience are of secondary importance” (Bauer 2017). Many critics argue that volunteers are often unqualified for the work they have to do, which can potentially endanger or ruin the objective of the trip. Not only can the skill level of the volunteers be dangerous, but these trips can take away jobs that could be given to skilled laborers in the community.

Some opponents argue that these trips take jobs away from capable local leaders that could be getting paid for their work. “Voluntourism may be fueled by noble feelings, but it is built on perverse economics. Many organizations offer volunteers the chance to dig wells, build schools and do other construction projects in poor villages” (Rosenberg 2018). Instead of paying local workers to build or to teach, these organizations use volunteers that pay for the trip in order to make money, instead of contributing to the local economy of the community. This perpetuates the reliance on outside intervention that these people and these communities develop as a result of the mission trips. Tina Rosenberg, an American journalist writes, “Public works serve the community better and last longer when locals do them. Besides, long-term change happens when people can solve their own problems, rather than having things done for them” (Rosenberg 2018). Additionally, the amount these volunteers pay to participate in these trips, would be a substantial amount of money for workers in these communities that could construct houses or community centers by themselves.

Other critics find mission trips to be conceptually hegemonic. The idea of western foreigners visiting developing countries to aid their communities is sometimes viewed as imperialist and ignorant. Some critics take this a step further, arguing that modern-day voluntourism fulfills the long-standing idea of the White Man's Burden, the notion that it is the responsibility of the whiter colonizers to take care of the less developed. Andrea Freidus, an Anthropology Professor, describes the experiences of volunteers as superficial. “The ways volunteers get involved tend not to address the causes of suffering. The design of these programmes leads to superficial engagement for volunteers. This makes it hard for them to think about – or do anything about – the structural issues that create humanitarian crises in the first place” (Freidus 2017).  Seemingly, that may be exactly what these mission trips are supposed to do: create an environment in which these people can feel as though they are helping, while distracting them from the structural issues that cause these problems.

For instance, the Short-term medical relief trip (STMRT) is a type of medical mission trip that is sent from western countries including the United States, Canada, and Australia to developing countries, including those in Latin America. The United States sends the most STMRT trips to Mexico, Peru, and Honduras (Cheng, Rodriguez 2019). The purpose of these trips is to address what organizations consider to be a lack of access to medical professionals, especially in rural areas. These trips generally last about a week, providing free healthcare to patients in communities where health systems are lacking or limited.

While this all seems well-intentioned and beneficial, the programs are not always well-implemented. Cheng and Rodriguez states in their study that, “Due to evident limitations of time and resources, short-term relief trips are very restricted in what they can accomplish for patients” (Cheng, Rodriguez 2019). With big goals, these trips are not always able to provide all the services they intend to. Additionally, in order to fulfill high expectations, organizations sometimes use untrained volunteers on these medical trips. Although many volunteers are health professionals, some trips do not require certification or licensing to be a part of their experience. Cheng and Rodriguez also state how hard it is to assess how much these trips actually aid these communities. They recognize that the attempt to provide health services and resources to underserved communities is in and of itself helpful, but that the “lack of standardization and reporting for outcomes data creates a challenge for evaluating the standard of care provided during short-term medical relief trips'' (Cheng, Rodriguez 2017). The authors examined three STMRT organizations that provide voluntourism medical trips to Latin America. They found that these organizations could improve in follow up care, reorganizing structure so that funding is more allocated to patient care rather than administrative overhead, and solely selecting medical and health professionals for these trips. They state that the best way to aid communities in Latin america, is not to simply provide services, but to medically train leaders in the community that can then continue to provide assistance.

Medical mission trips aren’t the only form of volunteer tourism in Latin America. Visiting and volunteering in orphanages is an extremely popular sector of voluntourism, especially in Guatemala. Many volunteers that are visiting orphanages in a developing country believe they are doing so to provide a sense of affection to these children. This type of voluntourism is particularly popular in Latin America, where approximately 240,000 children live in orphanages (Rosenberg 2018). One organization, New Hope, in Guatemala lists their objectives on their volunteer page. “Brighten up the lives of children from impoverished backgrounds. Work with local organizations to provide adequate care and support to children. Immerse in the local culture through carefully-screened homestays. Practice Spanish while connecting with the rich history and vivid culture in Guatemala in your downtime” (New Hope 2020). While this all sounds pleasant, some critics find that volunteering at orphanages is more of a business.

According to Tina Rosenberg, organizations that offer voluntourism in orphanages, contribute to the separation of children from their families. “The word “orphanage” is a misnomer, because the vast majority of children in orphanages have at least one living parent. These parents give up their children because they are too poor to care for them” (Rosenberg 2018). However, Rosenberg states that giving away a child is generally not a family’s first reaction when struggling to care for their child. The large presence and financial power that mission trips can provide to orphanages can cause families to give up their children in hopes that they will be better cared for. Meaning that these organizations are making families more likely to give up their children, rather than helping with family unification. Furthermore, critics cite a clear lack of oversight for these orphanages and institutions. “Cases of neglect, cruelty, sexual and physical abuse, and sex trafficking are widespread at orphanages” (Roseberg 2018). This was particularly evident at an orphanage entitled, Hogar Seguro  or Safe Home, where girls were abused, raped, and prostituted (Rosenberg 2018). Other organizations like Casa Viva in Costa Rica, instead focus on the reunification of children with families. If a child has been taken from their home due to abuse or neglect, they care for the child while working to address the issues that caused the separation, or they find relatives or a new family to care for the child.

The debate over volunteer tourism begs the question: can one volunteer ethically? The issues listed above show that there is a clear problem with the regulation and oversight of these voluntourism organizations, which can result in poor medical treatment or endangering at risk youth. If one does choose to volunteer in a developing country, it is pertinent to research the history of the organization and its standing with the communities it serves. One critic says, “It's almost impossible for the discerning volunteer to figure out which volunteering organizations are doing good work and which are not” (Clothier 2010). Serious research and investigation into these organizations are highly encouraged and necessary. Individuals that want to volunteer should ask themselves whether these projects are needed, if they are going to contribute to the growth of the community or themselves, and consider where their money is going, and whether it would be more beneficial through other means.