Environmental and Sustainability Issues in Guyana 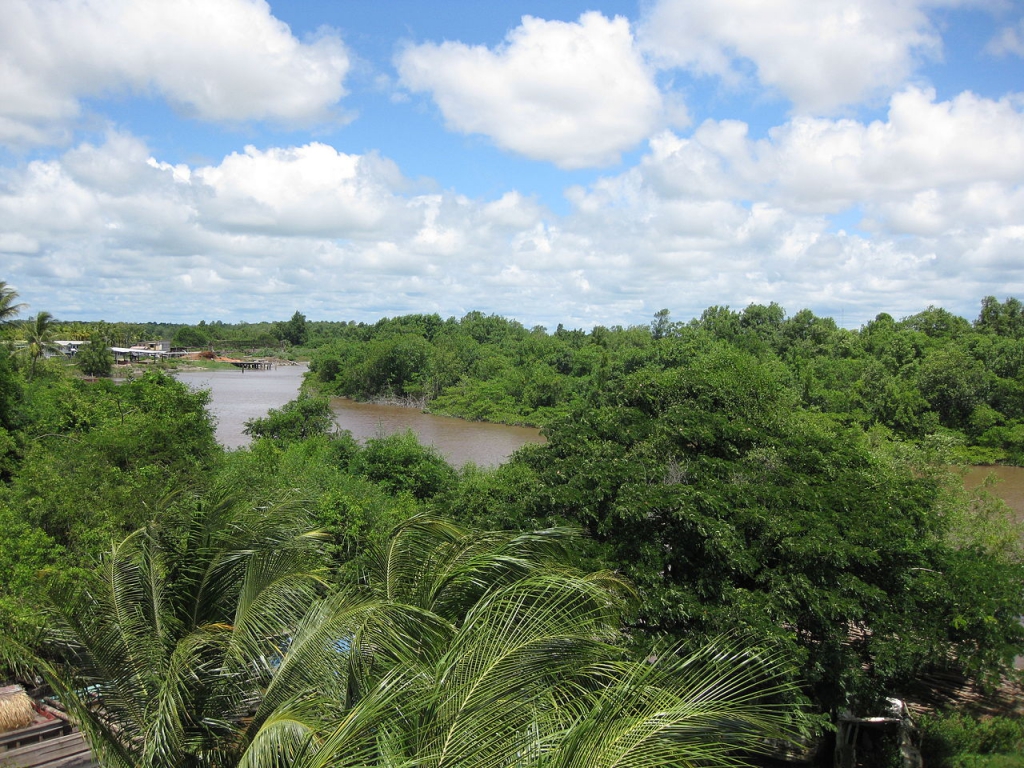 As Guyana, a small and often under discussed Latin American nation faces its own economic and political complications, it is undisputed that the devastating and looming threat of climate change will negatively affect its infrastructure, agricultural activities, and the lives of Guyanese citizens. In tandem with climate change, the environmental impacts of human development and recent civil engineering projects are becoming increasingly detrimental to its previously nearly untouched portion of the Amazon Rainforest and populous coastal cities. Due to the various economic and political developments and instability in Guyana, strict environmental protection measures are necessary in the wake of what may become South America's next oil empire.

To begin the discussion on the environmental challenges currently facing Guyana, some background on relevant international trade policies in the country is essential. In 2017, oil companies discovered large oil fields in the Stabroek Block, approximately 190 km off the coast of Guyana. Some experts estimate that the discovery might put Guyana among the top 10 oil producers worldwide (Bazilian, 2019). However, despite the promise of economic growth, major oil companies such as ExxonMobil and Hess will control these oil fields and their revenues due to economic treaties that have been made with Guyana. It is unclear how much of the revenue Guyanese people will see from these lucrative oil initiatives. While the increase in real GDP per capita is uncertain, the increase in external costs like human migration and factory building will undoubtedly put more pressure on the increasingly fragile Guyanese environment.

Although oil may be the new commodity for Guyanese economics, its location as a key port city in the Northeast of South America is another of the country’s most consistent and profitable aspects. While Guyana itself currently exports sugar, gold, timber, and aluminium along with other minerals, the Chinese government and corporations are increasing investments in the transportation sector in Guyana to support the shipments of their growing supply of Brazilian soybeans. The current route for any transportation between Guyana and Brazil is by sea, or by the Linden-Lethem Trail. The Linden-Lethem trail is an unpaved clear-cut path through the Guyanese rainforest, and is extremely unreliable. Prone to flooding, mudslides, and barriers blocking the road— sometimes flipped vehicles, the Linden-Lethem Trail is extremely dangerous. By funding the construction of a paved road, China would be able to easily ship soybeans from Chinese owned plantations in Brazil to the Guyanese coast to prepare for shipment to China. China has large investments in the Brazilian soybean industry, and these investments are only increasing.

According to Shanna Hanbury, a Brazilian social scientist and journalist, over 6.4 million acres of soybean plantations in the Brazilian Amazon are being exported to the E.U. and China (Hanbury, 2019). As the U.S. and China are developing a trade deal involving China’s role in U.S. soybean exports (Irwin, 2020), uncertainty has caused China to shift its investments in soy production to rely more heavily on Brazil. This in turn increases China’s need for more deepwater ports in Latin America (Gu, 2019). While financing the renovation of the Linden-Lethem Trail would help both Chinese businessmen and Guyanese civilians, the impact of this initiative on the environment is increasing.

The creation of this multi-million-dollar Linden-Lethem highway has been discussed for years, and would create a safe route connecting Guyana with Brazil while allowing the Chinese to more easily use Guyanese ports. However, as Jared Ward, a Ph.D. candidate at the University of Akron’s East Asian History department, explains: “In Guyana, Chinese projects that brought promises of modernization are often more gilded than gold” (Ward, 2016). Ward is referencing the case of the Chinese logging company, Baishanlin, which opened operations in Guyana promising to improve employment opportunities and economic prosperity through the development of the timber industry. After Baishanlin began their operations, the cumulation of grievances about the company led the Guyana Forest Commission to “seize company assets and equipment to recoup losses that Baishanlin took in tax and export exemptions... [Baishanlin] has been accused of flouting local labor laws, failing to pay Guyanese employees adequately, and never delivering the wood-processing facility” (Ward, 2016). While this is a valid reference for concern, so too are the environmental challenges that would follow the construction of a previously unpaved road, allowing once remote parts of the rainforest to be much more accessible to deforestation and pollution, not to mention an increase in human trafficking routes through South America.

According to the Guyanese Department of Finance, there are many risks involved in the construction of this type of project. Building a highway could potentially contaminate the water of Guyana due to few and unregulated water treatment facilities, increased illegal deforestation, a loss of biodiversity, conflicts over resource allocation and use, and endanger indigenous and rural populations (Guyana Ministry of Finance, 2017). Though not mentioned in the financial report for the project proposal, increased human trafficking is another risk to the road’s construction (U.S. Department of State, 2019). Despite these risks, the construction of a paved road would not only increase Chinese-Guyanese relations but would transform a trail that is currently referred to by the Guyanese as a “death trap” into a reliable mode of transportation, (Guyana Times Staff, 2019) it would also create more economic and academic opportunities for rural areas. Although in-country travel may improve the livelihood of more remote communities, Guyana’s coastal cities are threatened by another environmental threat.

Guyana’s capital city, Georgetown, sits below sea-level. The city's only defense against becoming entirely inundated with water during storms and sea-level rising is a sea wall built during the time of Dutch colonization. In 1997, approximately 48,000 Georgetown residents experienced regular flooding, while an additional 48,000 experienced occasional flooding in their homes. The record depth of floods in the city was three meters in 1997.Today, three-meter floods are a common occurrence (Guyana Times Staff, 2018). As sea levels rise and storms become more severe, these outdated seawalls will no longer protect the city. Additionally, almost all of the country’s agricultural fields lie within the coastal plains. Increased coastal flooding will be devastating for the country’s entire agricultural industry (Union of Concerned Scientists, 2011). While the government is working on a plan to reconstruct the seawalls, the plan is not nearly extensive enough to prevent further damage to Georgetown (The World Bank, 1993). Guyanese government officials claim that the administration simply does not have the income for financing projects such as these.

While the recent oil discoveries off the coast of Guyana may help in increasing profit which can be used to better mitigate flooding in Guyana’s coastal cities, the collection of this oil may be even more damaging. The oil production and the construction of a multi-million-dollar Linden-Lethem highway could bring economic prosperity to Guyana, but the environmental results that these projects could bring might be more damaging to Guyana than they are beneficial. The nation’s infrastructure and agriculture are threatened by climate change and any small projects to mitigate the damage may be obsolete. Major projects could bring economic prosperity, but only when a well-structured governmental plan for the consequences of oil operations will preserve the Guyanese environment and equitably distribute financial gains between government, citizens, and Guyanese people.