The Effectiveness of U.S. Aid in Guatemala 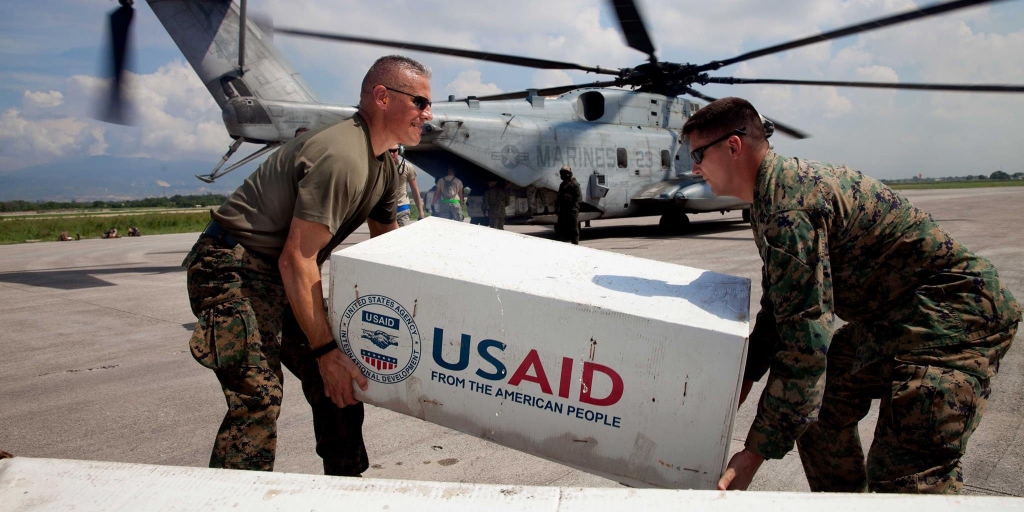 In the last two decades, Guatemala has received billions of dollars in aid from the United States government and from international organizations with the proclaimed intention of improving the country’s overall economic and political environment. Guatemala hosts the highest number of foreign NGOs out of any Central American country1, and it is the third largest recipient of U.S. aid in all of Latin America and the Caribbean2. And, in recent years, the results of this aid have been quite positive, with the country boasting overall lower rates of violent crime, greater economic opportunity, and a more participatory democracy. However, many are wary of these developments at the hand of foreign and U.S. aid, concerned that it is only a strategy to further U.S. interests, influence, and the philosophy of the ‘White Man’s Burden’.

For decades since the end of Guatemala’s repressive military dictatorship, the country has struggled to establish the institutions necessary for a fair and effective democratic republic. Guatemala still faces severe challenges to development including high levels of violent crime, ineffective and corrupt security forces, severe poverty and economic inequality, and vulnerability to the effects of climate change. Because of these pervasive barriers to political and economic development, in tandem with strategic political and economic interests, U.S. agencies have dedicated a significant amount of funding to development programs in the country.

In 2016, the amount of aid provided by all U.S. government agencies combined totaled over $296 million—a number notably higher than in recent years2. The majority of this funding ($134 million) comes from the U.S. Agency for International Development (USAID), with smaller contributions from the Departments of Agriculture ($71 million), Defense ($33 million), and others2. USAID has declared to operate alongside the Guatemalan government and grassroots community-based organizations to 1) strengthen systems of security and justice, 2) increase economic and social development, and 3) mitigate the negative impacts of the ever-increasing threat of climate change3. The agency maintains that it has taken such initiatives in Guatemala and in other developing countries in the Americas with the interests of improving governance, security, and private economic opportunity in the Western hemisphere.

And, in recent decades, Guatemala has seen some improvement in its overall economic, political, and security situations. Though the country still faces an uphill battle in improving its local and national governing institutions, justice system, and near-pandemic levels of corruption, it has seen some improvements that can be accredited in part to aid initiatives by the U.S. government. Specifically, USAID boasts that it ‘pioneered support for justice sector development’ in the early 2000s, making it easier for other international governmental organizations and NGOs to work towards similar goals in Guatemala. In a report published by the agency in 2002, it alleged that it assisted in making key institutional changes in the Guatemalan justice system, increasing its transparency and efficiency4. However, many would argue that the country’s justice system is still is severely flawed; and, although its situation may have improved in recent decades, it is difficult to discern how much of that progress could truly be accredited to USAID efforts.

Another part of USAID’s initiatives in Guatemala with tangible results was that of improving the country’s security and combatting violent crime. A few years ago, USAID cooperated with the Latin American Public Opinion Project (LAPOP) at Vanderbilt University to carry out an impact evaluation of a specific plan known as the Central America Regional Security Initiative (CARSI) in Guatemala. This initiative primarily aimed to reduce crime rates and gang violence through a community-based approach of creating educational and employment opportunities for at-risk youth. And, after an extensive evaluation of this program’s impacts, LAPOP concluded that it had actually been quite successful in reducing crime rates; the statistics showed that, as a result of the program, citizens reported a lower rate of crime victimization and illegal drug sales and a heightened sense of overall security5. Therefore, according to LAPOP (which is considered a fairly objective source of public opinion), the CARSI initiative by USAID was actually fairly successful in reducing crime in Guatemala.

In addition to development initiatives by the U.S. government, certain Bretton Woods institutions have taken measures to aid Guatemala’s economic development and to foster an environment for foreign investment. The World Bank, a clearly pro-capitalist and pro-investment IGO, has provided aid to Guatemala through initiatives such as the ‘Competitiveness Project’ and the ‘Project to Support a Rural Economic Development Plan’, meant to encourage the development of an export-based economy that would make it competitive for foreign direct investment. These projects, according to the World Bank report, have been responsible for over $900 million in new investment to the country, and millions of dollars of revenue from exports6.

However, despite the relative successes of foreign aid in promoting the the development of Guatemala’s judicial, political, and economic sectors, the arguments against this type of aid are numerous. Many criticize the overall strategies of aid agencies, arguing that they take steps to resolve problems in foreign countries before properly evaluating their specific or culturally relevant needs. Additionally, many are rightfully skeptical of the true intentions of U.S. government agencies that claim to be operating in the interest of democracy, given their history of using the guise of democracy promotion to justify truly undemocratic actions in foreign countries. As an agency of the U.S. government, USAID inherently lends some support to the government’s agenda; for example, USAID was a large supporter of many of the U.S.’s Cold War initiatives in Latin America that were very clearly antidemocratic—including the covert operation to overthrow democratically-elected leader Jacob Arbenz1.

Finally, aid from the United States can be a particularly complicated issue given the historic prevalence of the ‘White Man’s Burden’ complex in its hemispheric foreign policy. This complex, rooted in an assumption of the inherent superiority of the U.S. and it’s ‘burden’ to guide less-developed countries, can be seen throughout U.S.-Latin American history, and particularly in the U.S.’s proclaimed ‘democracy-promotion’ in countries such as Guatemala. In this tricky historical context, the initiatives claiming to improve the security, economy, and governance of Guatemala by U.S. government agencies could easily be construed as a modern-day perpetuation of a self-assumed position of authority and superiority by the United States, and thus, the ‘White Man’s Burden’. Therefore, while many of these initiatives may be helping the situations in developing countries, the incentives behind them may be less altruistic than they seem.

For all of these reasons, it makes sense that citizens and leaders in Guatemala may be hesitant to embrace programs by Bretton Woods institutions and U.S. government agencies that claim to be spreading democracy to the country. Many of the initiatives by these institutions certainly do appear to have had positive impacts on Guatemala’s political and economic development in recent decades, and this is worth noting. However, in light of these apparent successes, it is important to keep in mind the history of these organizations and agencies, and the potential underlying intentions that may lie just below the rhetoric of democracy promotion.