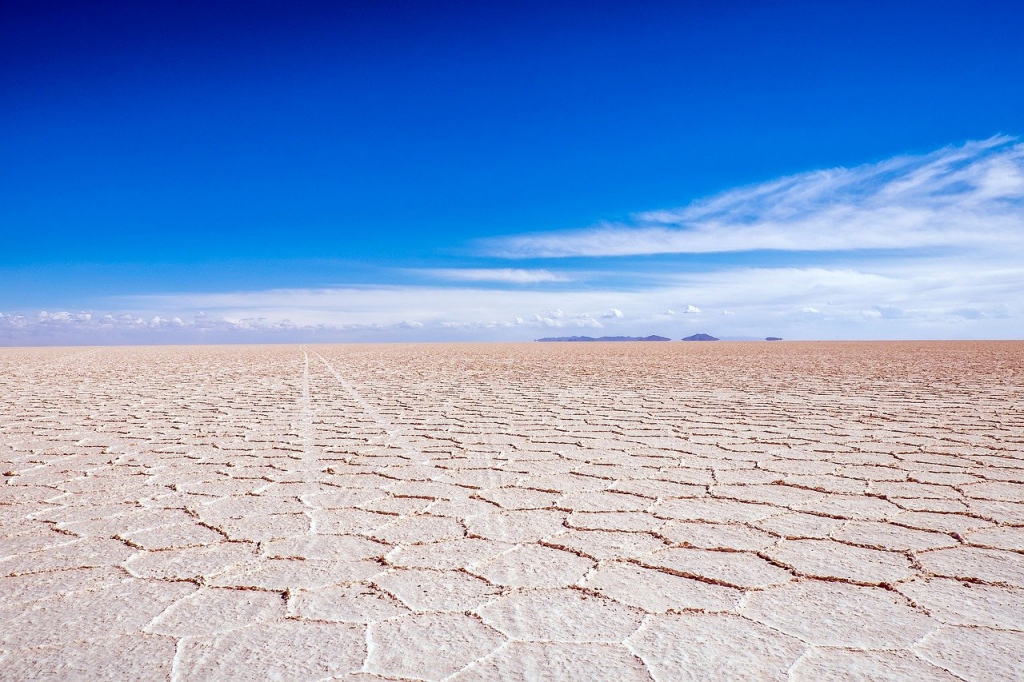 The threat of climate change has made finding clean and sustainable sources of energy a pressing issue, and lithium-ion batteries are frequently discussed as a path to do this.  Lithium-ion batteries are rechargeable and can be used a variety of contexts, the most popular of which currently is in electric vehicles.  The electric vehicle market has already been growing and is expected to only increase as they become more affordable.  The International Energy Agency predicts that the number of electric cars in the world will increase from 3 million in 2017 to 125 million by 2030 (DiChristopher, 2018).  This is due in part to countries such as France and the United Kingdom, who plan to fully transition to electric cars in the coming decades (Draper, 2019).  The “Lithium Triangle,” made up of Chile, Argentina, and Bolivia, contains about seventy percent of the world’s lithium and is therefore expected to be a major player as this market continues to boom and demand large quantities of lithium (Bertram, 2019).

This development may seem like a good thing on the surface.  A new, high-demand industry would likely boost the economies of these three countries.  Meanwhile, reducing carbon emissions and reorienting society around renewable energy are two of the most important tasks that the world must tackle in the 21st century.  However, doing this in a way that does not create other environmental or societal harm is critical.  Lithium mining presents several potential complications on this front.  The first is that of water.  In the Lithium Triangle, the metal must be extracted from salt by pumping water under the surface of a salt flat and then allowing it to evaporate and leave behind the lithium (Bertram, 2019).  Extracting just one ton of lithium requires around half a million gallons of water (Bertram, 2019).  Take this and multiply it by 240,000 tons experts estimate will be the yearly demand by 2030, and the current technology would require 120 billion gallons of water per year (Götze, 2019).  While technology will likely improve to make this process less water-intensive before it gets to this point, doing this sort of math raises the question of how sustainable lithium-ion battery-powered vehicles really are.  Indeed, Marcelo Sticco, an independent hydrologist studying lithium extraction in the area, believes that the region could soon become uninhabitable due to how much freshwater is expended during this process (Götze, 2019).  Moreover, few resources have been devoted to studying other environmental effects of lithium mining, such as whether lithium and other chemicals are being carried by the wind (Bertram, 2019).  All of these issues could potentially inflict great harm to the local populations, many Indigenous, who claim that they thus far have not benefitted enough from the mining (Bertram, 2019).  Unsurprisingly, Latin America was ranked by the UN Economic Commission as the region with the highest instance of mining-related socioeconomic conflicts in the world (Coles, 2020).

Each country in the Lithium Triangle faces unique challenges and political circumstances related to this and as such, has adopted different strategies.  Chile, for example, is generally regarded as one of the more capitalistic countries in Latin America.  As a result, it is banking heavily on private foreign investment to boost their lithium industry (Bertram, 2019).  Moreover, the pivotal role that private companies play in Chile has impacted how regulated the lithium industry is.  For example, some believe that a Chilean mining and chemical company, Soquimich, has violated environmental regulations and skirted past other laws and requirements for mining (Franz, 2020).  This company has also been accused of illegally giving money to political parties in an effort to have some sway in regulatory laws (Franz, 2020).

Most of the mining in Chile occurs in the Salar de Atacama, which has a significant Indigenous population.  The Atacama Indigenous Council is pushing back against any new mines being built and even blocked a project by LiCo Energy Metals, a Canadian company (Christo, 2020).  Nonetheless, Indigenous people continue to be a marginalized group in Chile and were not even included in the most recently adopted Chilean constitution (Christo, 2020).  Thus, the question still remains how far their opposition will influence policy and investment decisions going forward.

The Indigenous population in Argentina, on the other hand, is having a much more difficult time influencing policy than in Chile.  Since end of the military dictatorship in the early 1980s, Argentina has vacillated between more capitalist policies and more socialist policies depending on who is in charge for a given period.  Up until last year, Argentina was governed by Mauricio Macri, a politician on the right of the political spectrum who favored the free market more heavily than both some of his predecessors and his eventual successor.  Macri and his government tried to foster the mining industry by slashing taxes (Bertram, 2019).  While this was successful in attracting foreign investment, several Indigenous groups have charged that they are being negatively impacted by the government’s actions (Bertram, 2019).  The Salinas Grandes, Guayatayoc, and Kolla Indigenous communities have filed lawsuits against the government that are currently under review by the Inter-American Commission on Human Rights because they have been completely excluded from the decision-making process for mines and were not informed of the potential consequences of mining (Bertram, 2019; Millan Lombrana, 2019).  A new leftist president, Alberto Fernández, was elected, so both government and company attitudes are likely to change going forward (Millan Lombrana, 2019).  However, how much more sustainable this makes lithium mining and how the local populations will be affected by any policy changes remains to be seen.

Bolivia’s political tradition is distinctly different than that of Chile or Argentina, largely due to its majority Indigenous population.  Former President Evo Morales, a socialist and the first Indigenous leader of the country, governed for fourteen years.  Morales’ policies have created, as geologist Oscar Ballivián Chávez put it, a “hostility to capitalism” (Draper, 2019).  As a result, Bolivia adopted the strategy of developing a completely state-owned, domestically developed lithium industry that would not only extract lithium but also process it into batteries (Draper, 2019).  This has made lithium mining a source of national pride and a top issue.  However, the ambition of state officials has perhaps obscured from the more negative consequences of lithium extraction, which are perhaps even more harmful in Bolivia than elsewhere for three reasons.  First, environmental regulations are laxer in Bolivia than they are in Chile and Argentina, as in the past it often strove to make quick profit off of its resources instead of longer-term development (Draper, 2019).  Second, the higher concentration of magnesium in Bolivian salt means that its extraction requires more resources to extract and creates more waste (Draper, 2019).  Third, much of Bolivia’s lithium is found in the Salar de Uyuni, a spectacular landscape that draws tourists from all over the world, and this natural wonder could be permanently altered by mining (Draper, 2019).  This could be devastating to the local economy, as according to the mayor of Uyuni, Patricio Mendoza, almost all of the area’s economy is based in tourism (Draper, 2019).  After a yearlong political crisis, it appears that Luis Arce, Morales’ handpicked successor, will become the next president of the country, continuing his socialist tradition and likely therefore the nationalization of the lithium industry (Turkewitz, 2020).

Electric vehicles and other clean energy innovations are the way of the future, and recognizing this is important for the fate of the planet.  However, in developing these new technologies, both public and private leaders must do so with a holistic view on sustainability.  The International Institute for Sustainable Development defines sustainable development as “development that meets the needs of the present without compromising the ability of future generations to meet their own needs” (Sustainable Development).  In other words, a new technology is not truly sustainable if it creates other social or environmental problems that will need to be dealt with later on down the road, and any new issues that may arise need to be addressed urgently.  A clean energy future that benefits both residents of the Lithium Triangle and consumers around the world is possible, so long as industries and governments are willing to innovate, adjust, and cooperate to make that future truly sustainable.