A Disappearing Act: Where has One Third of Ecuador's GDP Gone? 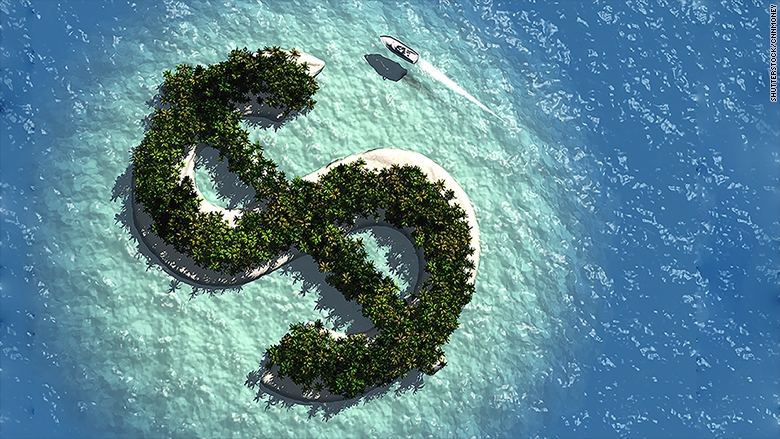 In June 2015, members of the United Nations joined at the Addis Ababa development financing conference.  At the head of the docket was the topic of tax evasion, and developing countries pushed for the creation of an intergovernmental tax body within the UN which would ultimately establish global tax rules and help eliminate tax havens.  Tax havens, as they are so deceptively named, suggest that they simply reference countries with low taxes; however, these ‘secrecy jurisdictions’ have the potential to wreak havoc on developing economies because they are rather, areas with opaque financial information. To put it simply: banks, companies, trusts, etc. have the ability to take in money without reporting back to its country of origin, and sometimes they are even legally restricted from doing so (Global Financial Integrity, 2016).  Countries within the Organisation for Economic Cooperation and Development, seeing no personal gain, rejected the proposal and the matter was closed. (Fabricus 2015)

This information, along with an ever-more pressing awareness of economic and social divides, has helped Ecuadorian president Rafael Correa to rekindle the issue of tax havens with added gusto.

Correa recently became the only world leader to sign Oxfam’s petition to ban tax havens (Vivanco 2016).  Oxfam International’s Executive Director Winnie Byanyima has strongly supported this reform, sharing that "Tax havens cost poor countries an estimated US$170 billion each year.  A strong and united G77 led by Ecuador could help shut them down for good."  She applauded the G77’s movement to fight for their right to be heard among G20 nations on the issue of tax reforms (Parra, Hartnett 2016).

So while Oxfam (whose main objective is to reduce poverty) may seem like a natural proponent, why does the UN need to get involved?  As economic inequality continues to rise, many are claiming that tax avoidance has begun to suck so much money from developing economies that it is now a human rights issue – in this case involving an estimated US $21-32 trillion.  Most of this concealed cash is held by the world’s wealthiest 100,000 people (Tax Justice Network 2016).  Tech giant Apple leads global participants, reportedly holding US $181 billion in offshore subsidiaries (Davies 2016).

GFI conservatively estimated that US $1.1 trillion illicitly left developing countries in 2013.  Research has suggested that of these transactions, 45% of funds end up in offshore financial centers, leaving the other 55% to end up in banks in developed countries like the United States and United Kingdom (Global Financial Integrity, 2016).

Ecuador alone has in the past year lost 30% of its total GDP to such tax havens, a staggering US $3 billion.  Foreign Minister Guillaume Long has said this money is just under what the country needs to pay for the full reconstruction of every area in the country affected by the devastating earthquakes in April of this year, helping the 20,000 people still living in shelters and creating secure homes, buildings, and schools to avoid a similar situation in the future (TeleSUR 2016).

And the country is a shining example of the progress that tax reform could bring to the world; after a crackdown on nationwide tax avoidance, Long stated that tax returns had increased from US $3.5 billion a year in 2006 to US $14.5 billion by the end of 2014.  Of this, 92% is just from greater efficiency by means of increased transparency (Whitehead 2016).

However, it is clear that on a larger scale, progress will only be possible with full international support.  And while it may seem that not everybody has an equal stake in global tax transparency, Long notes that “countries [have] different reasons for wanting greater transparency about tax havens. For EU and North American countries there is a concern about their role in dispensing funds for terrorism or in concealing the profits of violent crime. While in the global south, leaders are more concerned with economic justice and the development that greater tax receipts could fund” (Whitehead 2016).

While it may well be months or years before Correa’s vision of a tax-governing body in the UN comes to fruition, the president is wasting no time in putting his own plan for Ecuador in action.  He recently announced that in February of 2017 a public referendum will be held in which voters will have the option of allowing or prohibiting politicians from holding any assets in tax havens.  If voted for, anybody running for office will have one year to expel any such assets (Bronstein 2016).