Cannabis and Colombia: Medical Marijuana and the Re-stimulation of Colombia's Drug Industry 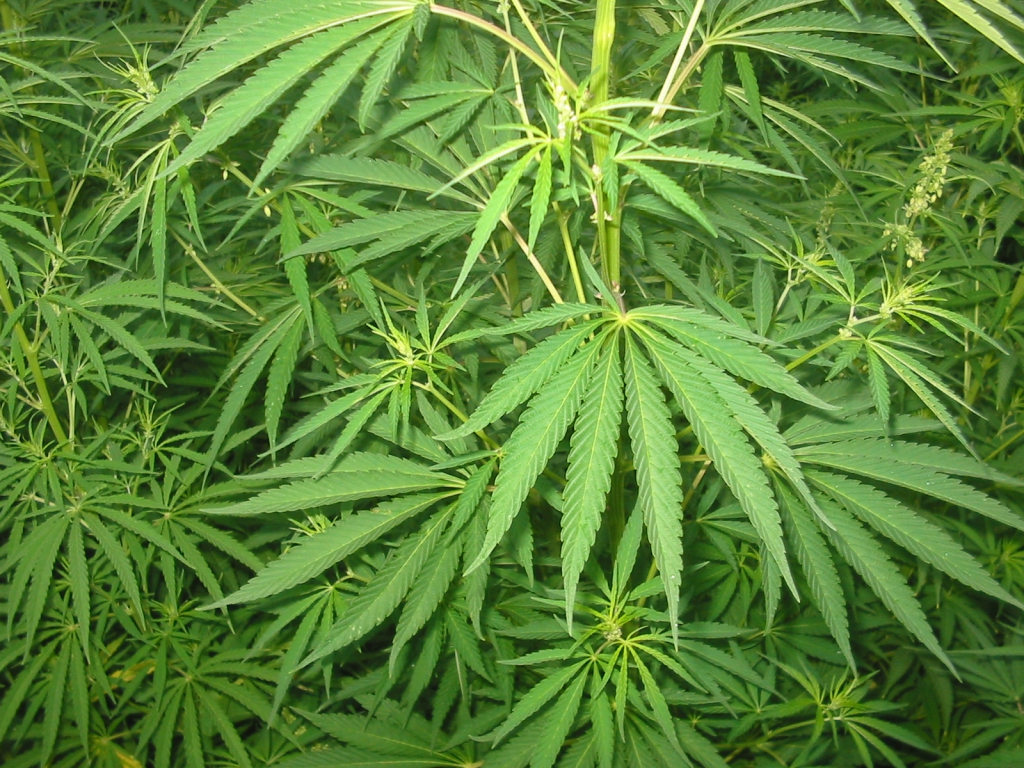 The 1970s proved itself to be a critical time in the history of Colombia. At this time, there was a wide-reaching global demand for cocaine and other drugs, especially coming from the United States and Europe. The production of cocaine and marijuana was vast, enabling Colombia to stimulate its economy through the use of illicit drug trade. This situation, however, included empowering Colombian drug lords, diversifying their abilities to sway, bribe, and harm any that limited their production. The absolute power and dominance of Colombian drug lords that was established through fear tactics and violence enabled them to gain control and classified Colombia as one of the leading nations in illegal drug production. Colombia has had four considerable drug trafficking cartels that have contributed to the notable reputation that Colombia has when it comes to drug production and narcotrafficking. The Colombian government has had a not so amicable relationship with the production of illegal drugs on their land, but with the recent rise of the medical marijuana industry that is beginning to shift.

Since the 1970s, the Colombian government has implemented plenty of policies to attempt to eradicate the high rates of illegal production of cocaine and marijuana. Colombia has used anti-narcotics and counterinsurgency operations, including aerial fumigation, but the success of these programs has been questionable. Not only have success rates been contentious, but the use of aerial fumigation to destroy drug farms has prompted an international backlash, as the active ingredient glyphosate in the herbicide exposes many rural farmers to carcinogens (Washington Office on Latin America). According to the United States National Public Radio, when discussing this issue points out that “... in addition, a government program that pays cash to drug farmers to eradicate their coca has backfired” (Otis 2019). The United States also sought to help Colombia in 1999 through Bill Clinton’s Plan Colombia. Plan Colombia was a diplomatic initiative devised between Clinton and Colombia’s President Andrés Pastrana, in order to combat drug cartels and the rise of left-wing guerrilla groups, included the most notable, named Revolutionary Armed Forces of Colombia (FARC). The FARC united farmers and lower class leftists initially in 1964 and began to gain influence during the Cold War. Also, the FARC has had ties with the illegal drug trade in Colombia, taxing coca, marijuana, and opium latex farmers that resided in its controlled areas in order to finance “a huge expansion of its forces” (Wilson Center 2014). Right-wing paramilitary groups in Colombia have also created links with drug traffickers and landowners, thus continuing a decades-long internal conflict over the illegal drug trade. The United States often views Plan Colombia as a foreign policy success in aiding another country; however, BBC World has expressed that Plan Colombia “has made drug trafficking more fragmented, making it harder to fight against” (BBC World). BBC World continued with the adverse effects of Plan Colombia stating that the number of victims related to drug violence increased in the first eight years of this plan, stating that it also caused a surge in human rights violations and illegal mining for profit by rebel groups (Cosoy 2016).  Fighting the illegal production of drugs in Colombia has proved difficult as the production of drugs yields a much higher profit for rural farmers than raw products, including agricultural goods. When commenting on initiatives to eliminate illegal drug production, the Wilson Center, a non-partisan policy forum for independent research, stated, “Forced eradication has been such a contentious issue in Colombia. Coca is often the most profitable crop in remote regions, thus forcibly destroying these drug fields without offering farmers sustained economic assistance to transition to legal crops can turn them against the Colombian government and hamper counterinsurgency efforts” (Wilson Center 2014). Farmers have also found that agricultural conditions in Colombia are prime for coca and marijuana plants, granting them a year-round product with high income. Critics have stated that the Colombian government should take preventative measures by aiding drug farmers in other ways in order for them to pursue different work. “Drug policy analyst Andres Bermudez says the government must also focus on providing these communities with roads, schools and economic development” (Otis 2019). Others, including Bermudez, have pointed out that development in infrastructure, specifically in the building of roads would increase the ability for farmers to bring crops to markets, giving them another more self-sufficient way to make a living in the place of producing drug-related crops. Since Colombia’s heightened and somewhat successful struggle with battling illicit drug production in the late 1900s, Colombia has been able to reduce the overt presence of drug and narcotrafficking in their country, adjusting their reputation.

Colombia is now paving the way in ending the stigma surrounding marijuana and the curative properties of medicinal drugs. Colombia initially decriminalized small amounts of marijuana and other illicit drugs in 2012 and then furthered this action by legalizing medical marijuana in 2016. These actions have followed a global recognition and societal turn towards accepting the therapeutic characteristics of marijuana. While recreational cannabis remains illegal in Colombia, “home cultivation for personal use is allowed” (Hasse 2019). With drug laws becoming more lenient and the global turn towards medical marijuana, Colombia is beginning to capitalize on their ideal conditions to produce marijuana. According to Cision, “Colombia could supply 44% of the global demand for medical cannabis this year.” The rise in the medical marijuana industry has allowed medical marijuana companies like Clever Leaves to flourish. It is the first medical marijuana company authorized by the Colombian National Food and Drug Surveillance Institute to produce medical cannabis, and more companies like Clever Leaves are on the rise. Colombia has been labeled as having ideal conditions for marijuana production as it receives ample sunlight throughout the year and has lower production costs in comparison to other marijuana producing countries like Canada (Long 2019). The president of the Cannabis Industry Association, Rodrigo Gomez said, “Growers and refiners will begin testing products and honing in on a marketable portfolio. Investment is coming to Colombia because of the quality of the terrain” (Cision 2018). This investment also refers to outside global demand. According to the Financial Times, larger cannabis companies from North America are constantly seeking other places in which cannabis production is cheaper (Long 2019). This global exchange of production mimics the outsourcing of labor practices we see in other sectors between the United States and Latin America that allow companies that are in pursuit of less environmental regulations and lower labor costs to exploit Latin American labor. Canada has united with Colombia in order to create Khiron Life Sciences a Colombian based cannabis producing company while Clever Leaves has also created international ties by teaming up with a New York-based multinational operator, Northern Swan, that seeks to be the “industry-leading global cannabis company” (Northern Swan 2019). In the wake of international unifications over cannabis production, “Grand View Research, a Californian-based consultancy, expects the global market for legal cannabis to grow by 24 percent per year over the next six years from $13.8 billion now to $66.3 billion by the end of 2025” (Long 2019). This expansion of the global marijuana industry could be promising for Colombian companies, but some still question the ethics behind the production of medical drugs.

The Colombian nation has mirrored the global society through the acceptance of marijuana for medical treatment. A former worker for the Colombian Justice Ministry, Julián Wilches, spoke with the National Public Radio (NPR) about his switch from combating narcotics for the Colombian government to founding Clever Leaves, one of the largest medical marijuana companies in Colombia. He validates his change to his green company as providing a way for people to use drugs like marijuana in the “right way” (Otis 2019). This idea of a just way to consume marijuana is a very contemporary and represents the way our society thinks has changed. Marijuana has long been stigmatized as a dangerous harmful drug, but today people are beginning to prioritize the remedial aspects that were common in native and indigenous cultures.

The recent turn to medical marijuana for therapeutic and curative purposes shows a shift in the way our culture views the use of drugs. The United States, in 1937,  initially banned marijuana, but due to societal pressure, they have recently engaged in marijuana liberalization policies. Marijuana has long been used for its medicinal purposes in non-western medicinal practices, specifically in the treatment of nausea and late-stage cancer pain. In the adoption of more amicable views toward marijuana, some questions surge, how does the rising marijuana industry compare to pharmaceutical industries? Where do they differ? Some are afraid that the medical marijuana industry could soon be consumed by the pharmaceutical industry, which means that soon, marijuana, in the form of cannabinoids, could be on the market. We have begun to see this with the sale of Cannabidiol (CBD) oil, cigarettes, and other CBD products.

On the other hand, according to the Washington Post, a recent study came out showing that states that have implemented some form of marijuana legalization have seen a decrease in the number of painkiller prescriptions recommended by doctors, seen as a problem for pharmaceutical companies. In terms of Medicaid and savings, “They [Ashley and W. David Bradford] found that $165 million was saved in the 17 medical marijuana states in 2013” (Ingraham 2016). With the amount of money and power the pharmaceutical industry has, it could easily manipulate policies in order to protect their industry. The future of the medical marijuana industry could easily come into conflict with the pharmaceutical industry, and it may be up to the people to use their power of voice to determine what kind of remedies they prefer and where the future of these two industries lie.