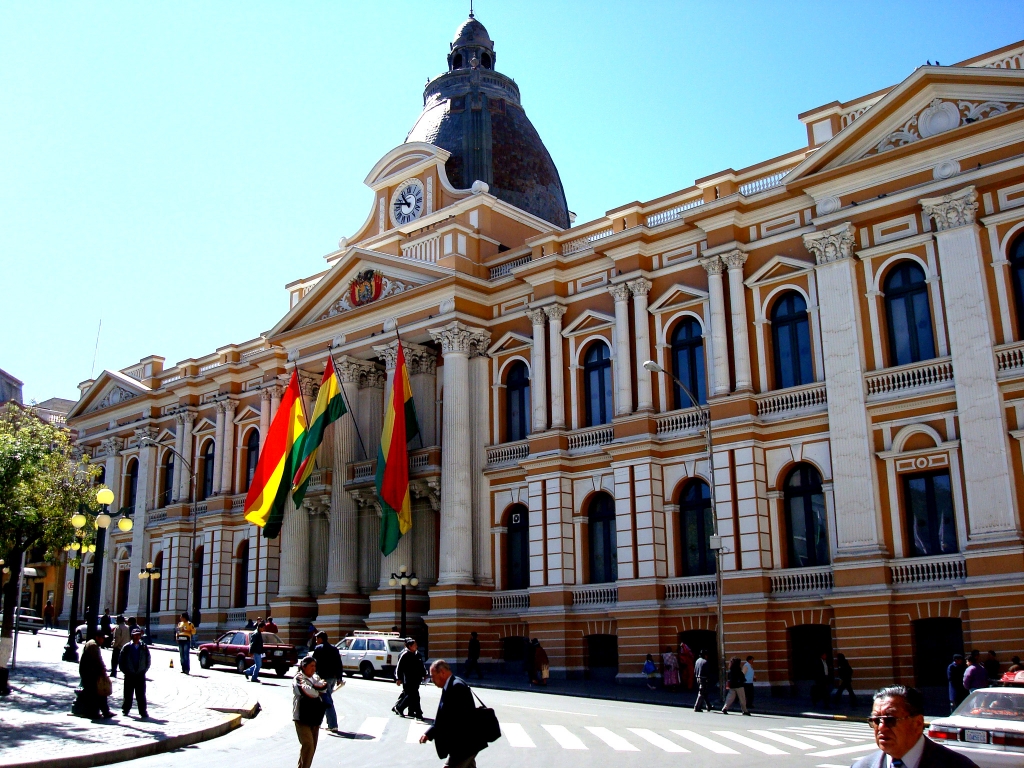 Ever since May 1st, 2006, Bolivia has been profiting from the nationalization of the gas industry. Before 2006, the gas industry was controlled by the private companies drilling in Bolivia, and they were receiving 71% of the profit which amounted to USD 832 million. After Evo Morales signed a bill nationalizing the gas industry, the government began receiving 73% of the revenue, through taxes and royalties, while the private companies received 27%.3  In between the years of 2006 and 2012, Bolivia earned USD 12.424 billion from the taxes they impose on private gas companies.1  Private gas companies continue to stay in Bolivia even with high taxes placed on the oil since they are still making almost the same amount of money they were before the taxes were imposed.

Recently, this vast amount of money has been put to good use by the Bolivian government. In the capital city of La Paz, a new cable car system was put in place to connect the neighboring city of El Alto to central parts of La Paz. El Alto is located 800 meters above La Paz, which is already 3,200 meters above sea level, and people living there are physically isolated not only by distance to the central business district but also by the mountainous geography.

There are now 11 new cable car stations that cover about 10 kilometers. At any given moment the cable cars, that hover above La Paz, are transporting 9,000 people between the capital city and El Alto.2 Along with this, El Alto has been experiencing a renaissance in neo-Andean architecture and an increase in façade renovation, a good sign implying that its residents now have enough financial liberty to maintain the quality of their homes. More people live in El Alto than in La Paz, thus filtering money to that area is beneficial to the overall economy of La Paz.

Along with investing money in urban areas, money is being sent to rural parts of Bolivia as well. Before the nationalization of gas, rural communities experienced high rates of poverty and would move to urban areas to find jobs, this led the the creation of places like El Alto. But, the government, along with The Program of Economic Inclusion for Rural Families and Communities, is sending money to rural communities. This money will help in the development of better basic services as well as as developing better sustainable production methods that will be inclusive to women and children.1 Over the next five years, this program will reach 52 municipalities and 32,000 families and aims to keep rural communities alive and sustainable so that they do not have to migrate to the cities to find jobs.3

While many countries who choose to nationalize industries find the results disastrous, Evo Morales and his cabinet have shown that nationalization can be mutually beneficial. By creating high taxes for oil companies, he has found a way to bring money to the government that then goes to help social injustices around the country. Both parties, the oil companies and the government, benefit from this deal in different ways. The oil companies are able to keep up a high stream of revenue from Bolivian oil, while the government is able to collect funds and direct it towards the people who need it the most.