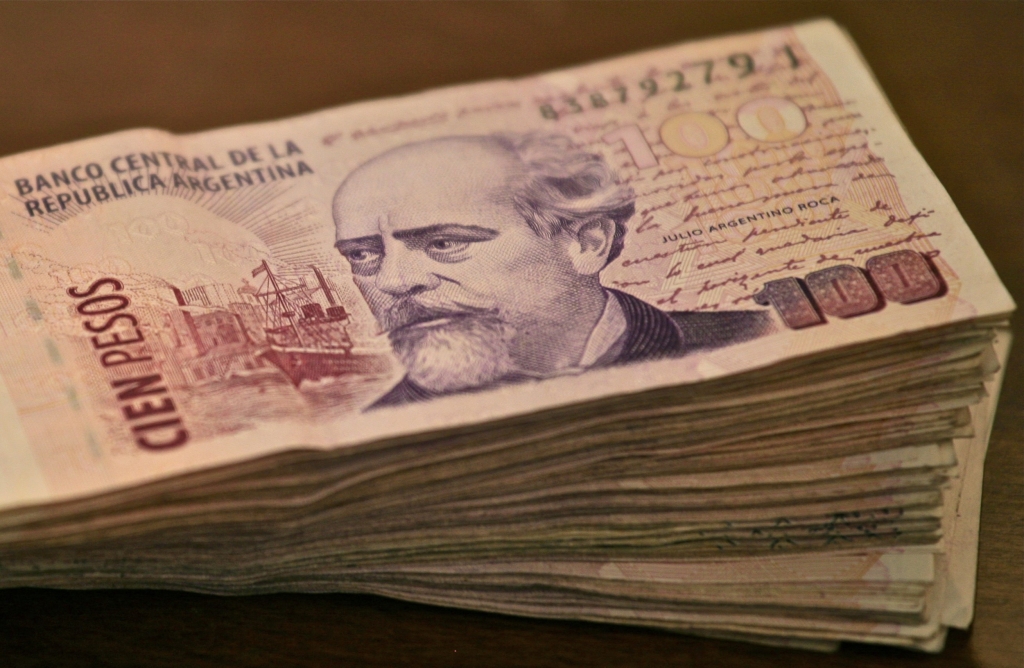 This past week the Argentine peso fell 11% below the American dollar, the steepest daily fall it has suffered in the past 12 years. The official exchange rate has reached almost 8 pesos to 1 US dollar. Since the economic crisis that hit the nation in 2001, many Argentines have shown little faith in their own economy. Instead, they purchase foreign currency to save rather than saving their constantly depreciating pesos. Strict governmental stipulations have thwarted Argentine’s access to foreign currency, specifically the dollar. In light of the recent drastic devaluation of the Argentine peso, the government has decided to ease its control over foreign currency purchases. After the 2001 crisis a parallel black market dollar, known as the dólar blue, emerged as the dominant way to buy and save dollars. Although the economy has continued to grow since the crisis, inflation rates remain high. With little faith in their own economy and the recent devaluation of the peso, the Argentine demand for dollars is high. This past week the rate of the dólar blue has reached almost ARG$13 to the USD$1. With restricted access to dollars, a parallel market, and high inflation, the recent economic situation in Argentina has been unstable and the government has chosen to alter its policies.

As a result, the government has introduced a new law which will ease restrictions on the purchase of foreign currency. The new policy reduces tax rates on dollar purchases from the current 35% to 20%. There are various restrictions, however. Those who wish to buy dollars must have earned at least ARG$7200 over the past 12 months. According to official income distribution statistics, only 20% of the nation’s working population will qualify for the ability to purchase dollars. Those who do qualify can buy up to 20% of their monthly income, with a limit at ARG$2000 per month. Additionally, only those who use this money for savings will get to pay the reduced tax rate of 20%. To further put it into perspective, the richest 10% of Argentines earn a median income of ARG$12,892, which means that they could buy a maximum of US$322 per month. In contradiction to these facts, the Minister of Economy, Axel Kicillof, stated “the mechanism will have a bias toward the less fortunate, the criteria is intended to benefit those on the bottom.” With the current stipulations of the new policy, however, only a minority of Argentines will benefit from the new legal access to dollars.

Also as a result of the peso’s devaluation, prices of everyday goods have increased. This past weekend supermarkets advertised that prices will rise, with some already having risen between 5 to 10%. The Argentine government expects inflation for 2014 to reach 10.4%, but many private consultants have predicted inflation rates of up to 30%. The government has also promised that it will introduce sanctions to prevent prices from unjustly rising in the domestic production sector. The public may doubt these promises, considering some prices increased 17% before the peso stopped at the current marker of ARG$8 to USD$1. Similarly, some analysts believe that a facilitated access to American dollars will only aid inflation. With restricted access to the legal purchase of dollars, those who do not meet the law’s qualifications may still rely on the dólar blue to invest in dollars. As this new policy is implemented, the government will have to keep its promises in order for its citizens to regain faith in their economy.