Ana Maria Candela: The Politics of imagining Asia in the Americas 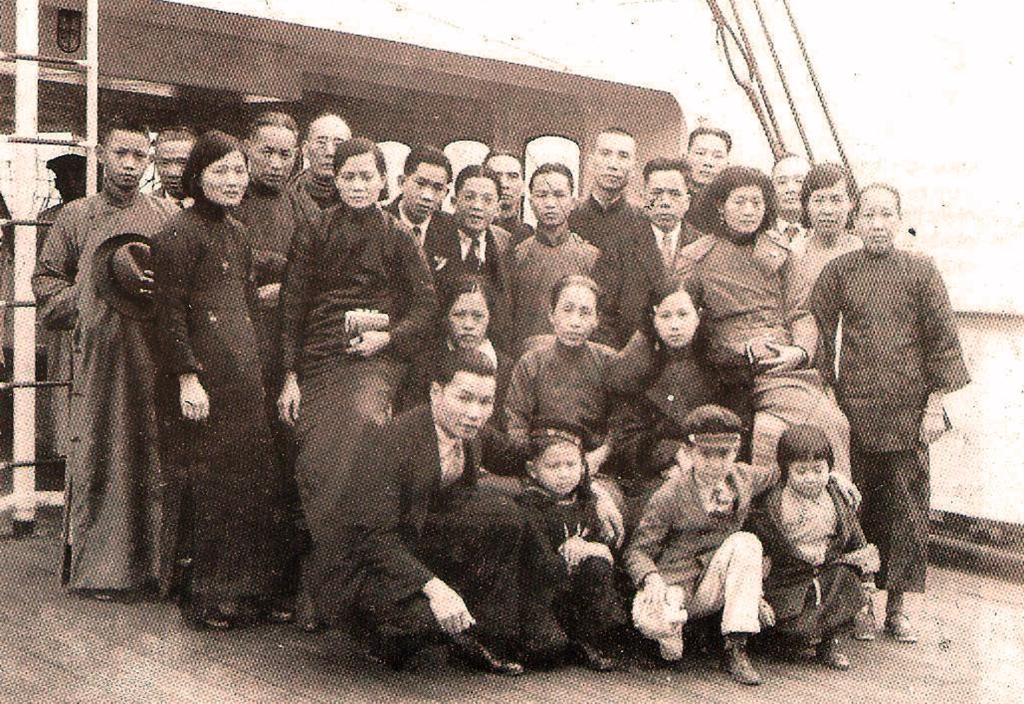 Thursday October 5th, 2017, Ana Maria Candela of Binghamton University spoke to The University of Pittsburgh’s Center for Asian Studies and Center for Latin American Studies about her research on Chinese immigration to Latin America, and the way that these migrations affect Latin America, East Asia, and the international community. In her talk, titled “The Politics of imagining Asia in the Americas: Global Contours of orientalism and yellow peril in early 20th century Peru”, Candela analyzed immigration trends of Cantonese industrial elites to Peru following the decline of coolie immigration to Latin America in 1874. She emphasized that global dimensions in these migration patterns are often overlooked, and play a vital part in understanding the political, economic, and social transformations brought by these economic pioneers who helped China and Peru transcend underdevelopment caused by European imperialism and colonization.

Candela addressed Peru’s growing interest in Asian Modernity to serve as an example for how to overcome European colonialism and modernize their own country without sacrificing Peruvian culture. As capitalism grew at an increasing rate internationally in the early 20th century, Peruvians looked to Asia, a continent which had largely managed to emerge into the modern age and acclimate to the capitalist international order while maintaining the traditions and refinements of the old-world Asia. Japan was a prime example that Peruvians considered to exist in the modern world without European alterations, and became fascinated with Japanese culture and style, proudly bringing traditional Japanese dress and philosophy into popular culture. Likewise, early 20th century Peruvians looked to Cantonese merchants as another example of a culture that was able to modernize without European influence modifying its society into an unrecognizable exhibit of imperialism.

Rising revolutionary movements in Asia also inspired intellectuals in Peru, and anti-imperialist ideas united them in the Third-World movement during the Cold War era of the late ‘40s and ‘50s. Nations that had suffered greatly from imperialism and colonialism did not want to take sides with the United States or the Soviet Union and instead united to combat the division between the global North and global South (as opposed to the East-West divide). This movement was categorized by leaders who envisioned a modern global south free of any major influence from imperialist nations. As China was a pioneer in the Third-World movement, Peru became interested in attracting Chinese business and migrants to their country. Not only were Peruvian leaders interested in bringing revolutionary ideas to the Latin American nation, but were interested in populating areas with few Peruvian citizens.

Candela accredited the urge of Peruvians to pursue Asian immigration to Argentine political visionary Juan Bautista Alberdi, who promoted the theory that “to govern is to populate”, and advocated for the idea of immigration as colonization. Many regions in Latin America were unpopulated due to a lack of infrastructure, which challenged Peru’s push to move away from indentured servants as a form of labor because by moving to more rural and unpopulated areas, Peruvians would be facing harsher and more undesirable conditions. For this reason, Peruvians first sought to advertise to Indians, because it was thought that the unpopulated areas of Peru, regardless of the substandard infrastructure, would be an improvement from the abject conditions that many Indians faced at home. This idea, however, was abandoned as Peru did not want to threaten England who had become reliant on the area's resources. Instead, Peruvians turned to Chinese Americans, who faced discriminatory laws and contemptible working conditions in the North American West. Southeast Asians and the Cantonese also became an attractive target for Peruvian immigration as they lacked a strong internal infrastructure, and had greater accessibility to immigrate to Latin America. Many Cantonese merchants were quick to take advantage of the Latin American market, and were critical in helping Peruvians fill unpopulated regions of the country.

Aurelio Pow San Chia was one of these Cantonese elites who immigrated to Peru to start a business that would become an important transpacific commercial firm. He began his firm, Pow Lung and Co. outside of Lima, specializing in importing groceries, particularly foreign goods from China and Japan. After the successful onset of his firm, he expanded his business ventures into agriculture, acquiring several sugar cane plantations such as “La Estrella” plantation, on which he employed over one thousand native Peruvians. More and more Cantonese merchants began taking advantage of the lucrative market for Peruvian resources, and began establishing firms throughout the coastal nation. Though several of these Chinese elites, such as Pow San Chia, became famous for their philanthropy and commitment to providing jobs for indigenous Peruvians, many of the merchants began using race as a category to mediate social and economic workers, hiring Asian workers to replace indigenous and Peruvian workers due to lower wages and worse human rights expectations.

Racial divides, Candela explained, are one of the major movements in Asian migration to early 20th century Peru. Due to the replacement of Peruvians by Asian immigrants in many labor firms and plantations, racial and anti-Asian sentiments grew in Peru. These racist sentiments began uniting Latin Americans, and challenged the identity of Peruvian born Chinese. These tusán, as they were referred, faced Peruvian fears that Candela terms “Yellow Peril” fears that the tusán would steal the livelihood of indigenous Peruvians. Resulting exclusion acts by the Peruvian government inspired tusán intellectuals to help redefine what it means to be Chinese Peruvians, and embrace their mixed heritage in times of oppression. \

Tusán leaders strengthened the Chinese-Peruvian firms of their parents, while working to maintain the Peruvian identity that the nation had feared losing in an ever-modernizing, Global North centered world. Ana Maria Candela’s research on Asian immigration to Peru sheds light on a subject extremely influential to the development of both the Peruvian and Chinese economies, cultures, and the identity of Chinese Peruvians in the early 20th century. Her work helps scholars to reimagine how historical economic ties influence the currently expanding economic network between Latin America and Asia, as well as how China’s growing economy affects the identities of Chinese Peruvians.

Candela, A. M. (2017, Oct. 5). The Politics of Imagining Asia in the Americas: Global Contours of Orientalism and Yellow Peril in Early 20th Century Peru. Presented at the University of Pittsburgh’s Center for International Studies, Pittsburgh, PA.