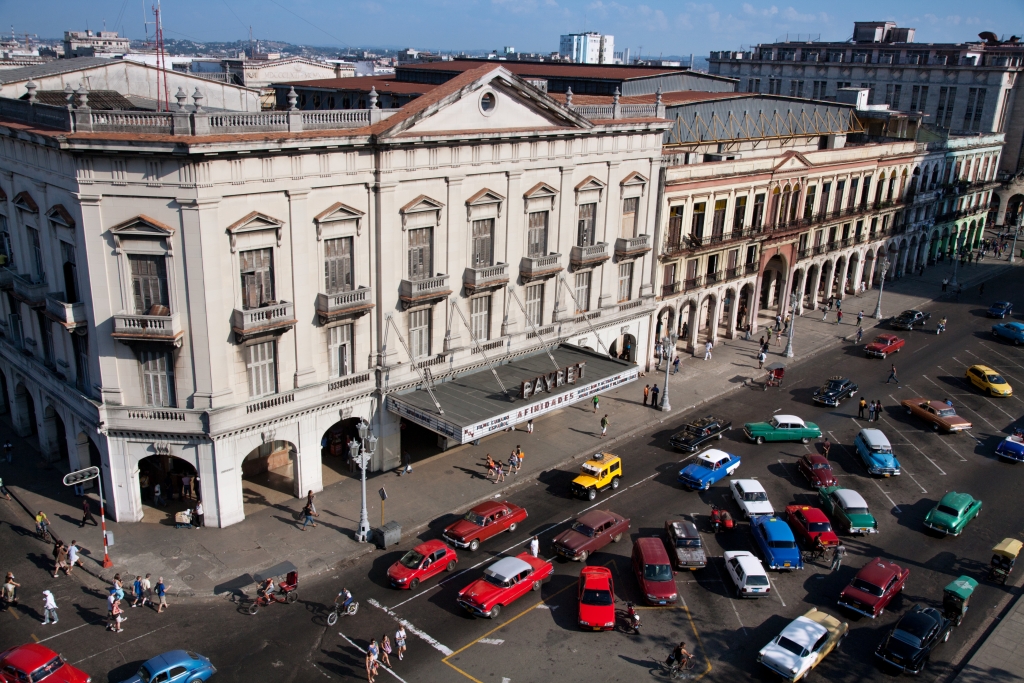 In December of 2014, United States President Barack Obama made a monumental announcement that he planned to re-establish diplomatic relations with Cuba after the 50-year embargo. The embargo was to be kept in place, but steps were to be taken to loosen it. An embassy was to be built in Cuba to increase diplomatic ties. Measures were taken to increase financial freedoms between the two countries. For example, his Obama’s policy allowed people in the United States to send much larger sums of money to their family members in Cuba. Americans could now plan their own vacations to Cuba without having to be accompanied by a registered tour agency. Obama also increased aid to Cuba, from a planned average of $12 million under the Bush administration, to $45.33 million in 2015. Over his presidency, planned aid to Cuba averaged about $20 million (“Cuba”) per year. Even more, none of the planned funding under the Bush administration was spent, but Obama began spending the funding around the time when he re-established relations with Cuba (“Cuba”). Most of the spent funding went to promoting Democracy, Human Rights and Governance, with always less than 1/3 of it being spent on Program Management (“Cuba”). His reasoning for ending the separation between the two countries was centered around the fact that the embargo had been in place for 50 years and still hadn’t shown to be having any lasting effects. Also, the embargo was centered around Cuba

Recently with the election of President Trump, the United States has seen a reversal of most of the policies that Obama put in place regarding Cuba. In addition, Trump plans to cut aid to Cuba in half by 2019. This means that the average $20 million that the United States sets aside for Cuban aid will be reduced to $10 million (“Cuba”). This aid is said to be designated for promoting democracy within the Castro regime and for stopping human rights violations (“Cuba”). It will be interesting to see what percentage of this aid actually gets spent on Cuba. This revised aid amount is about the same as the amount under the Bush administration. In most years under Bush, none of this planned amount ever ended up getting spent. It was only until Obama re-established ties with Cuba that this money started to actually go towards something. It will be interesting to see if Trump actually spends this $10 million that was allocated for Cuba or not.

Most of Trump’s policy reversals are centered around restricting Cuba’s economy, tourism and communication. He has left the embassies open, but with the recent “sonic attacks” over the winter, most of the diplomats have been withdrawn back to the United States for safety purposes. Cuba’s tourism sector was hit especially hard by the reversal of policy, because now Americans can no longer travel freely to and from Cuba. They must use a registered tourism agency to escort them on vacation, decreasing the incentive to go. In addition, Trump banned United States companies and citizens from doing business with Cuba’s Armed Forces Business Enterprises Group, or GAESA (“Fact Sheet”). GAESA is Cuba’s largest conglomerate of companies, all controlled by the Cuban military General Luis Alberto Rodriguez. GAESA is estimated to own up to 60% of the Cuban economy, so these restrictions will cause Cuba to

experience a large financial loss (Frank). Most Cuban hotels were forced to shut down with the policy change.

Trump plans to continue to restrict trade to Cuba under the embargo. The trade that does exist between the two countries is mostly based in agriculture. The United States exports mostly primary products, such as corn and animal meat, to Cuba. At the beginning of the Obama administration, exports were mostly centered around primary products, but as time went on the United States began sending more secondary products such as technology and pharmaceuticals (“Foreign Trade”). Exports during the Trump administration have so far remained about the same during the beginning period, but as time goes on, this status may not remain for long. For example, in 2016 under Obama, the total exports to Cuba totaled $245 million. In 2017 under Trump, exports totaled $283 million dollars. This is actually an increase from the previous year, but this trend may not hold true for long. Trump is restricting business dealings at the special development zone at Port Mariel, a port that Cuba planned on making a major shipping hub. It will be interesting to observe the effects of this restriction on trade in the near future.

Overall, Trump’s restrictions are expected to be counterproductive and have a negative impact on the Cuban economy. Critics say that Trump’s restrictions against Cuba will cause it to become even more dependent on Russia. All of the goods and capital that Cuba is dependent upon the United States for will have to come from somewhere else.

Written by Morgan Prescott. Morgan is a senior majoring in environmental science at the University of Pittsburgh with an interest in ecological research and field studies after graduation.