Cuba Just Yesterday and Today: Negotiating Towards What, Exactly? 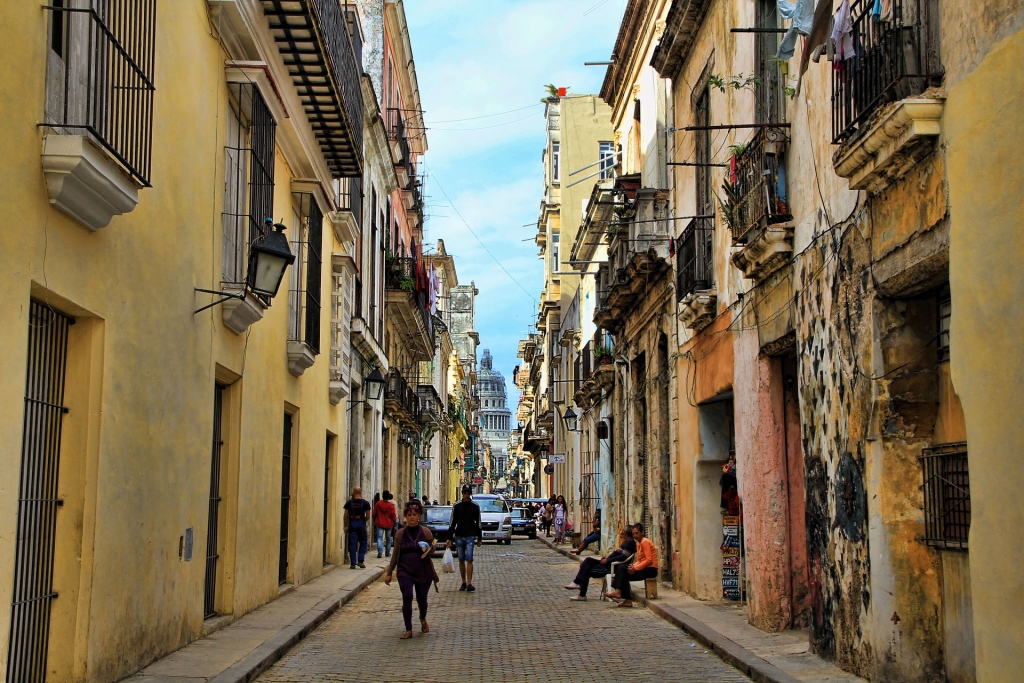 In the review essay to which this piece refers, an essay written after the reopening of full US-Cuban diplomatic relations but before the election of Donald Trump (and, of course, also before Fidel Castro’s death – the former certain to affect things for Cuba much more than the latter), I tried to balance up the contribution of four recent books to our understanding of what has long been a much-misunderstood subject: the Cuban economy.1

I argued in that essay that the issue has been misunderstood because so many non-Cuban economists make judgements from the outside, often measuring what they feel they see against their sometimes preconceived views of what the Cuban economy should be doing and often, choosing to reject official Cuban statistics, relying on less-than-useful guesses. In that respect, of course, those economists are little different from so many who write on Cuba, especially those who write in passing, not least journalists or non-specialists who ‘dip in’ to Cuba. For post-1959 Cuba as a subject for analysis has often been poorly treated by outside observers, either singing praises uncritically or condemning unremittingly, and far too often dealing in generalizations rather than nuances or subtlety -  and without actually examining the evidence close-up. Partly, I argued, that problem arises from past US restrictions on US researchers travelling to Cuba; but it is also true that it arises from lasting Cuban sensitivities - about the dangers of foreign researchers working inside Cuba on what can be delicate issues, such as social problems, economic difficulties, political dissidence, or access to the internet – , an attitude which seriously limits access to solid data.

The economy, however, is a special case right now, since the common impression that we are given by the media since December 2014, is that the Obama-led rapprochement ended the five-decade-long embargo -  the factor which, especially since 1991 (and the Soviet collapse), has most shaped daily life in Cuba. The truth, of course, is that the embargo is still very much in place, still seriously limiting trade, access to technology (including telecommunications), hard-currency earnings, and investment – and still shaping Cuban perceptions of the ‘US threat’. Moreover, from January 2017, it seems likely to remain that way or even be tightened once again (as it was in 1992, 1996 and 2004).

The other assumption underpinning our outside judgements is that a transition to free-market capitalism has been inevitable since 1991, only held back by Fidel Castro’s determination; hence Raúl Castro’s reforms seem to make him the Gorbachev of Cuba, and of ‘the Revolution’.

Of the books reviewed, three dealt more with the latter than the former assumption, not least because they were all written before December 2014. Between them, however, they all managed serendipitously to present a fairly complete picture, but, separately, they often missed much, partly because of the limitations of their views, partly because of their limited focus (in this respect the traditional focus on Havana, as though it were the whole of Cuba, can be a serious misreading, and one of the books suffered somewhat from that narrowness of vision), and partly because the research behind the book was already somewhat out of date.

Of the four texts, I especially welcomed two. The first was the Spadoni volume, a serious and honest study, based on a wealth of sources and looking at the ‘big picture’, without tendentious premises underpinning it all. It turned out to be full of subtle reflections and is one of the few recent studies which recognized a basic reality: that both Fidel and now Raúl Castro were always obliged to negotiate at every step of the way in decision-making, and could never rule by diktat, as we often imagine. That is a lesson for all Cuba-watchers.

The second excellent text was the less economics-focused Andaya study. On the face of it, its topic - the politics of women and reproduction after 1959 - seemed unrelated to economics; however, it was soon clear that, in presenting - in detail and with a welcome subtlety - the grass-roots picture of ordinary Cubans’ lives (based on extensive interviews) that it gave us was the perfect complement to the other three largely statistically-focused approaches. Instead, the study astutely assessed the pros and cons of Cuba’s sustained, but always complex, attempts to reconfigure labor policy and women’s issues since 1959, attempts which showed the constant tension between top-down policies and overarching strategies, on the one hand, and bottom-up pressures to listen and reconsider. Curiously, it also presented an issue that partly framed the trajectory of ‘the Revolution’: taking us from the early fragmentation of families, as so many fearful or discontented people left in the first decade and a half, through the process of formation of multiple families (resulting from the combination of easy divorce and continuing state encouragement of marriage), to the role played since 1991 by substantially extended families, both at home and abroad, in enabling ordinary Cubans to survive the ravages of the crisis of the 1990s and the on-going structural crises of an always challenged economy.

While I found much to recommend in the other two studies – the focus on the new breed of economic player in Cuba, the self-employed or cuentapropista, and the detail and scope of the analysis of the post-2008 reforms with all their pluses and minuses, including valuable detail on welfare and foreign trade - , they seemed too stuck in traditional and preconceived views of the Cuban economy to reveal anything really new, although the data they offered is always welcome.

However, so many questions arise from a task like this, i.e. judging the ‘success’ or ‘failure’ of policies in Cuba. Does the Cuban government actually have as much of a choice as we imagine, given the unrelenting external pressure (the embargo did clearly play a part in pushing Cuba towards an eventually flawed and dangerous, but briefly beneficial, relationship with the eastern European trading bloc), the reality of depending on an oversupplied world sugar market for so long, and the many internal pressures, debates and interests which always have to be considered in any decisions?

Are those decisions always as ideologically-driven as they seem, whether it was under Fidel (seemingly fully committed to a particular view of what ‘the Revolution’ meant, till his dying days) or an apparently more flexible Raúl? Or have pragmatic imperatives always shaped the extent to which ideology governs? Was not the post-1991 strategy which ‘saved the Revolution’ as pragmatic as the 1960s decision to link up with the Soviet Union and its allies?

And what does ‘ideology’ mean anyway in Cuba? Certainly, the process was not clearly ‘Marxist-Leninist’ in 1959-61, and, even after, it always seemed to bear the mark of Cuban (and often nationalist) interpretation of that doctrine; and when Raúl talked after 2008 of remaining faithful to ‘socialism’, what did, and does he still, mean? It is worth reminding ourselves that his reform program is not called either ‘reform’ or ‘modernization’, as we might expect, but rather ‘updating’ – indicating a recognition of the reality that, while ‘socialism’ in the 1960s meant one thing and allowed one set of possibilities and alliances, pursuing the original revolutionary project through socialism now, in the second decade of the 21st century, means using a very different set of parameters, mechanisms, definitions and principles. Fidel might have believed in egalitarianism in the heady days of the 1960s, leading to those considerable achievements in equality, but now it seems a pipe dream, as Raúl himself has observed, talking instead an equality of opportunity. And now, of course, there is no Soviet Union to underwrite the project or provide protection against that ‘US threat’.

And, finally, is the Cuban system quite as ‘personalist’ or monolithic as we are always told it is? Writing this in the wake of the death and burial of Fidel Castro, the answer has to be ‘no’ to each of those questions: nor could it be otherwise. No long-lasting system – and the Cuban system’s longevity is indeed remarkable, having survived crises, invasion, isolation, hostility, and emigration – can ever survive without adapting, without carrying at least some, if not all, of the population with it, and without relying on much more than personal control or loyalty. Remember those predictions of 1989-91, of Cuba as the ‘next domino’ to fall; and those predictions of chaos after Fidel Castro’s retirement in 2007-8 – the latter producing the Bush Administration’s memorable dismissal of Raúl Castro as ‘Fidel-lite’.

The truth is that six decades of survival, adaptation, evolution, and generational change have made the Cuban ‘Revolution’ a much more complex and contradictory system – not a personal fiefdom - that it might have seemed to be back in 1959, or 1989. As Spadoni observed (above), all decisions have always had to be negotiated – sometimes within the leadership circles, sometimes between the government and the Party, or the government and the labor unions (as with Raúl drastic reform proposals of 2018-11), and always with the survivors of the original rebellion whose opinion still matters, even if only out of historical  respect. And, as Andaya (above) seemed to confirm, support for - or tolerance of - the system’s basic principles, if not always for its specific policies at any one time, runs much deeper and may prove longer-lasting than we are led to expect. As I often have to put it, when asked about public support for change in Cuba, while everyone wants a more efficient economy and better material satisfaction, most fear ‘throwing out the baby with the bathwater’ – and that ‘baby’ is often the indeterminate set of values, beliefs, social benefits and general commitment to ‘the project’ that currently enough Cubans seem to adhere to, to ensure that we ought not to write off ‘the Revolution’ just yet. Raúl will retire in 2018, but what follows is bound to reflect much of what has gone before, and, in their own way (often without realizing it) the authors whose work I reviewed in that article all confirmed that. 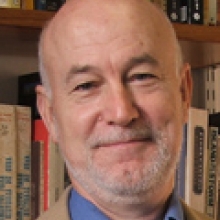 Antoni Kapcia
Antoni Kapcia is Professor of Latin American History and head of the Centre for Research on Cuba at the University of Nottingham. He is completing a Historical Dictionary of Cuba for Scarecrow Press and recently published the book Leadership in the Cuban Revolution: The Unseen Story (Zed, 2014). His previous books include Cuba: Island of Dreams (Berg, 2000) and Cuba in Revolution: A History since the Fifties (Reaktion, 2008). His research and publications have long specialised on modern Cuba, specifically in two areas: a) Modern Cuban history: this has meant a special focus on political radicalism in the 1920s-50s and the roots of the post-1959 Revolution, and, on the Revolution's ideology, radicalisation and cultural development, with a wider interest in the questions of nationalism, national identity, and ideological patterns; b) Contemporary Cuban history and politics, focussing on participation, the Party, the political system and cultural politics.