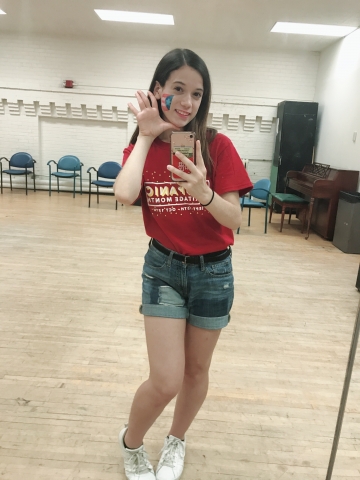 I am currently a sophomore student at Pitt but I also work part-time as an after-school worker at the Falk School.

I was born and raised in San Juan, Puerto Rico, so first and foremost I am Puerto Rican. Being Latino, however, is not something I heavily advertise. Being Latino to me is just a part of life. As someone who grew up somewhere where Latinos were the majority, it was other parts of my identity that helped me stand out. In a way, the Latino part of me was a base of which I could build my current identity. It’s like asking an American how important in his identity is being American.

No matter how long I live in the United States, my native language will always be Spanish. It’s not a matter of heritage, it’s just the way I think. In culture, I staunchly believe the Puerto Rican Christmas celebrations are the best. It basically starts right after Thanksgiving and ends somewhere around mid-January. We are very serious about Christmas.

I do not believe I have ever been treated differently because of being Latino. To be fair, I’m only ever in the States for school. The only small inconvenience I sometimes run into is my pronunciation of certain words. Even though back in Puerto Rico I mostly spoke English with my friend group, there are some words I just never learned to pronounce properly. I’ll sometimes mistranslate words from Spanish into English giving the people around me a little laugh. I usually don’t have a prominent accent of any kind but when really tired all language defenses drop and I suddenly have a very noticeable Hispanic accent. However, it has never really affected me in a negative way.