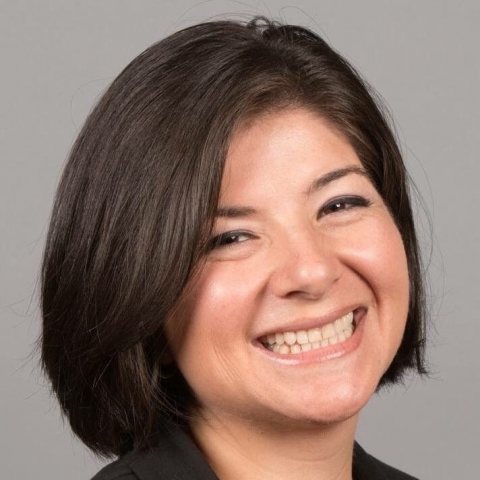 I’m currently an international consultant who trains corporations, not-for-profits and community groups about gender in the workplace, gender-based violence, and soft skills, like conflict management and emotional intelligence.

My identity as a Latina has always been a big part of who I am. Ever since I came to the United States as a child, I was aware that my heritage made me somewhat different than some. As I got older, being female and Latina both became important because society had expectations of how and what I should be…even how I should look. I’m very proud of being Latina and do identify as Latina in the U.S., but I always follow up with saying I’m Costa Rican (or Tica!). Each country in Latin America is different and has its unique aspects, and I embrace my Costa Rican traits and distinct use of the Spanish language. I love that my parents reinforced the importance of our heritage and language—to the point that all four of us, my three siblings and myself, speak fluent Spanish and return to visit our extended family in Costa Rica as often as possible.

I dearly value our little language differences that make us identifiable as Costa Rican, and I love that I can identify others from Latin America by their accents and specific Spanish word usage. I also love that we live by the ‘puravida’ motto, which means 'pure life' but which more deeply embraces an optimism of live and an affirmation of positivity.

Yes, as I mentioned, I realized early on that I was seen as different. The language difference, how I looked, how I acted, were watched by others. I experienced feeling angry and helpless as I watched my parents deal with ignorance and prejudice because of their accents. I also grew up experiencing that in High School where I was taken out of my honors classes, along with my sister, so they could test our English skills and, were it not for my parents, almost forced into ESOL classes—all because we had put Spanish down as our first language and even though both my sister and I excelled in school. Later in life, I experienced prejudice, unconscious bias, and stereotyping as a Latina woman. Even in academic institutions, I was treated as the ‘token’ from time to time. My parents told us early on we would have to try harder and work harder than everyone else to prove that we were just as good (or better) and deserved to be where we were. I didn’t understand that too much at the beginning, but I quickly learned why they gave us that valuable advice.