What’s behind the “bang bang” of Latin music in the Top 10? 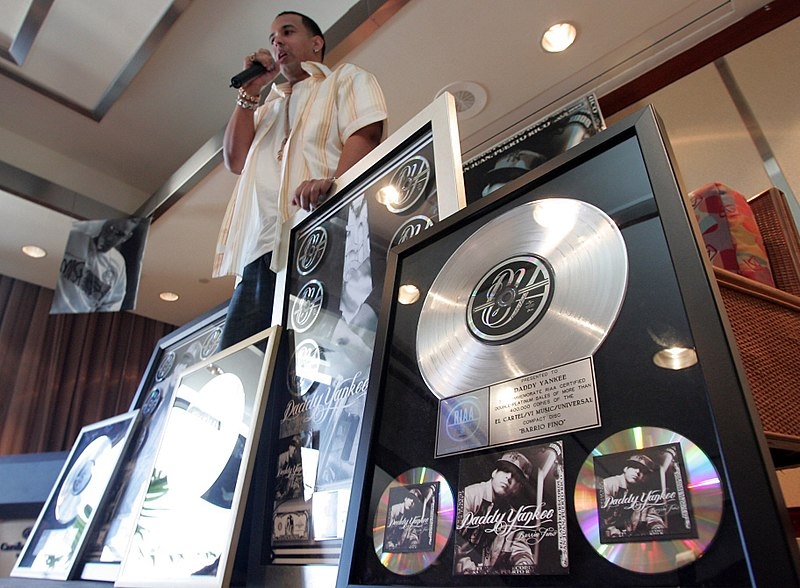 Anybody who tuned into their local radio station this summer could tell you that there was one song that reigned supreme; Luis Fonsi and Daddy Yankee’s remix of ‘Despacito’ featuring Justin Bieber took the U.S. by storm and its popularity only continued to heat up as the months passed.  In fact, the song is tied with Mariah Carey and Boyz II Men’s “One Sweet Day” for being atop Billboard’s Hot 100 chart for the longest consecutive stretch at 16 weeks in the No. 1 spot (Trust 2017).

This is an extra-impressive feat when considering that the last time a primarily Spanish-language No. 1 graced the charts was in 1996 with Los Del Rio’s ‘La Macarena’ (Kornhaber 2017).  However, the incredible success of Fonsi and Daddy Yankee is posing the question of whether ‘Despacito’ was a lucky break, largely propelled by its edit with Canadian superstar Justin Bieber, or if changing demographics may be causing a shift in music preferences in the U.S.

The nineties were already host to a “Latin Boom” with artists like Ricky Martin, Shakira, and Enrique Iglesias bringing Latin beats to the United States (Kornhaber 2017).  Their popularity was much less explosive than that of Fonsi, though, and while their music utilizes many elements of different Latin genres, aside from a few choice words these cross-over artists produce their songs in English.  ‘Despacito’ is an exciting success for Latin@ artists as it broke into the top charts despite being almost entirely in Spanish.  In fact, besides for a quick “bang bang,” Daddy Yankee raps entirely in Spanish in the edit.

More recently, Latin artist J Balvin further solidified the success of the genre in mainstream music with his nearly 100 percent Spanish ‘Mi Gente,’ which actually displaced ‘Despacito’ as the number one song on Spotify on August 1st without the collaboration of a mainstream pop artist (Cobo 2017).  Mainstream artists are reaching out to their Latino counterparts more and more frequently to work on bilingual edits.  Even on a global scale, Latin artists are gaining traction.  For the month of August 2017, Spotify reported that three of the top ten artists based on numbers of global daily listeners were Latinos: Daddy Yankee had 39.9 million monthly listeners, followed by Luis Fonsi with 36 million and J Balvin with 33.7 million listeners) (Ho 2017).

This sudden shift is anything but a coincidence.  From a demographic perspective, it may even be surprising that the genre’s popularity didn’t surface sooner; the United States boasts the second largest Spanish-speaking population in the world –over 50 million speakers-, led only by Mexico (Ho 2017).  While Latin music has always been more popular in cities like Miami, New York City, Los Angeles and San Antonio, where there are larger Spanish speaking populations,   one Time article actually found by geotagging last year’s Grammy Music Award genre preferences that there is a considerable population of Latin music fans all along the coasts and even a fair scattering of fans in the central region of the country (you can check out this interactive map at this link: http://time.com/3697123/music-genres-around-the-world-grammy-awards/ ) (Cobo 2016).

Artists, marketers, and sports franchises are all too aware of the $1.5 trillion USD in buying power that this particular population holds, and since music is considered to be a “passion point” by Nielson’s demographic studies it is expected that advertisements and campaigns will make the genre ubiquitous in all U.S. households.  Major League Baseball has already made its move.  Data compiled by Baseball Prospectus in 2015 reported that reggaetón is the third-most-popular genre for walk-on music among players, and the network has further introduced Latin music into its culture (Cobo 2016).

The real push in Latin remixes and crossover music production, though, may have little to do with the surge of Hispanics in the U.S. and a new awareness by English-speaking artists of the enormous potential market now available through streaming.  Services like Spotify, Pandora, and even Youtube have measured the full extent of Latin music’s popularity on a global scale, and the figures make clear why mainstream artists would want to experiment with a new sound.  For the seventh consecutive year, Latin America was the region to see the highest growth in revenue in the music industry with a 12 percent rise, 57 percent of which came through an increase in streaming revenue (IFPI 2017).  Pandora’s head of Latin programming Marcos Juárez reported that 25 percent of its listeners are Latin, and 12 percent (a figure which is quickly rising) of music played is Latin music. Spotify stated that its third-most streamed channel globally is Baila Reggatón (Cobo 2016).  These listeners are being traced back to every country, including a huge following in Japan.  Even in the visual realm of streaming services, Latin music has a hold.  The music video for ‘Despacito’ became YouTube’s most-watched video of all time in August, accompanied by four other Spanish-language videos in the top 10 (Cobo 2017).

The Latin music scene will still face a number of challenges as it works to become an integral part of U.S. culture, but its freshest achievements indicate that it’s here to stay.