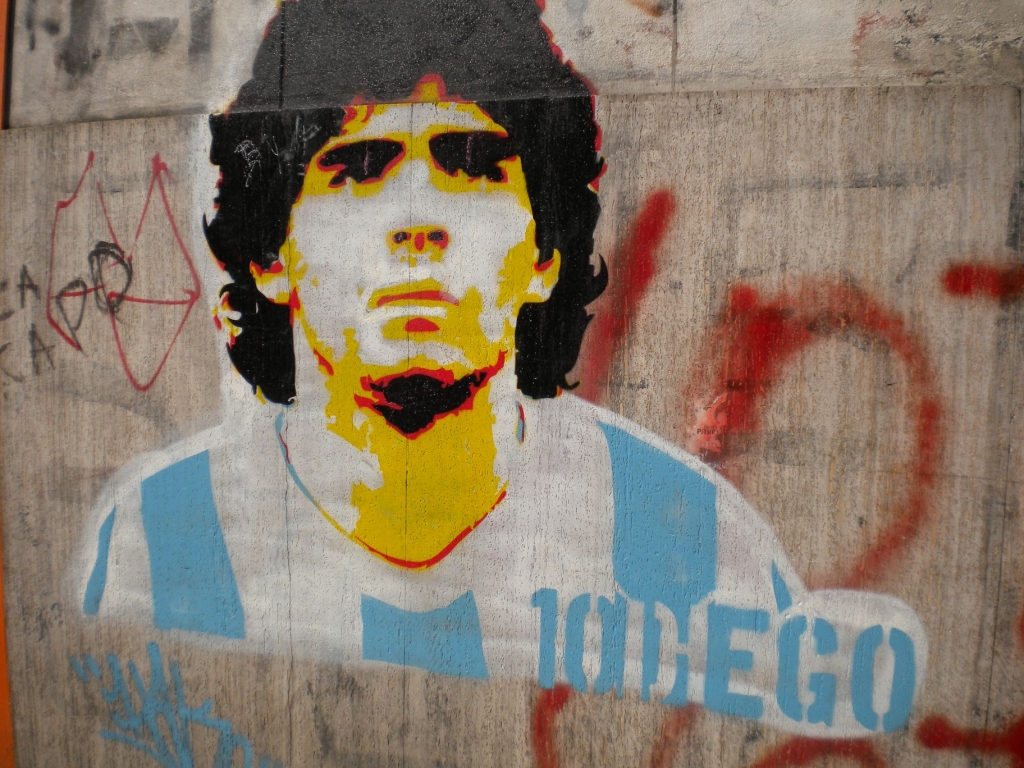 It should certainly come as no surprise that football (soccer) holds a special place in the hearts of sports fans from across the globe. Particularly in Latin America, the pitch has served as the cathedral, and when mass is in session the pews fill to the brim with the faithful community. There is no sermon, however, only the masterful footwork of the finest players in the world. The Latin American footballer is of a different breed than his North American, European, African, Asian, and Oceanic counterparts.

As you can certainly discern from the title, this list will consist only of the best that ever wore and are wearing the iconic number 10. “How did the number 10 become such an iconic number?” you may be asking. It all starts with the numbering system for players and their respective positions, much like how numbers were assigned by batting order and position in baseball. For football, the starting positions were assigned numbers 1 through 11, with the number 1 being assigned to the goalkeeper, and ascending from the defenders, to the midfielders, to the forwards. One of the most popular formations was once the 2-3-5 (two defenders, three midfielders, and five forwards). The defenders would receive 2 and 3, midfielders 4, 5, and 6, and forwards 7 through 11. Later, a more popular formation emerged: the 4-4-2. This new formation pulled two midfielders to the back line, three of the forwards to the middle, and leaving two forwards up top. Often, those two attacking forwards would be the number 9 and number 10 positions, which is why the top scorers and most famous playmakers wear those two numbers today (Business Insider). However, this two-part list will focus just on the number 10. In no particular order, the top five number 10s of the past.

Pelé – Born Edson Arantes do Nascimento, Pelé is arguably the greatest footballer to ever play the game. Having played professionally for more than 20 years, he was a threat to goalkeepers and defenders’ ankles and dignity during that tenure. His quick feet split him through the back line, three or four defenders at a time. His footwork earned him several World Cup championships, the title of Player of the Century, and nicknames such as “Pérola Negra” (Black Pearl) and “O Rei” (The King). Pelé’s play could even stop war, as the Nigerian Civil War agreed to a 48-hour ceasefire to watch him play.1

Enzo Francescoli – An Uruguayan treasure, for sure, “El Principe” (The Prince) became known for his quick cuts between defenders and his ability to magically rip the ball to the back of the net. He was certainly deserving of his royal title. Quite often, his goals resulted by inexplicably sneaking past goalkeepers by way of fierce bends and astounding chilenos (bicycle kick). His skill and elegant play was so revered that the great Zinedine Zidane named his son Enzo in honor of the Uruguayan. He was certainly deserving of his royal title.

Teófilo Cubillas – “The Pelé of Peru.” Teófilo Cubillas was a symbol of Peruvian football of the 1970s and early 1980s, pacing the national team to World Cup berths in 1970, 1978, and 1982. The greats of football-past, such as Pelé and Franz Beckenbauer of Germany, have praised his talents and goal-scoring abilities. Speaking of goal scoring, Cubillas holds the Peruvian record for most goals scored in international play with 16, having scored 10 in his three World Cups.2 One of his most famous goals came in a match against Scotland, where, on a free kick, Cubillas bent the ball around the wall of defenders and into the back of the net with the outside of his foot. Remarkable, indeed.

Diego Maradona – Not unlike another Argentine that will surely appear on the list of the five best current players who wear number 10, Diego Maradona was scrappy player of relatively short stature who could create the most magical moments out of the most dismal of circumstances. His phantom-like footwork and miraculous goals garnered him the admiration of players from across the globe, as well as inspiring young players with a turn now known as “The Maradona.” However, no list including the Argentine would be complete without mentioning “The Hand of God” against England in 1986, which propelled Argentina to the semi-finals and eventually becoming the World Cup champions.

Carlos Valderrama – A different type of player that we have seen on this list, Carlos Valderrama was not necessarily known for his goal-scoring abilities. Instead, Valderrama was famous for his unmatched passing, as well as seeming to dance with the ball to create space for attackers to pursue that were not thought to have existed. The Colombian had incredible foresight, being able to see a forward’s run three or four passes ahead of time. One needs to look no further than the waning moments of Colombia’s first round match against Germany in the 1990 World Cup to see the epitome of Valderrama’s passing abilities. Certainly one of the best players to come out of Latin American as a whole, his hair undoubtedly earned him a spot on this particular list.

These number 10s are the ancestors of those who grace the pitch today. Part two will cover the best number 10s of this generation, of those who will become the forefathers for the next young group who brandish the number 10 on their backs.