Push to Source from Just Factories for Collegiate Apparel 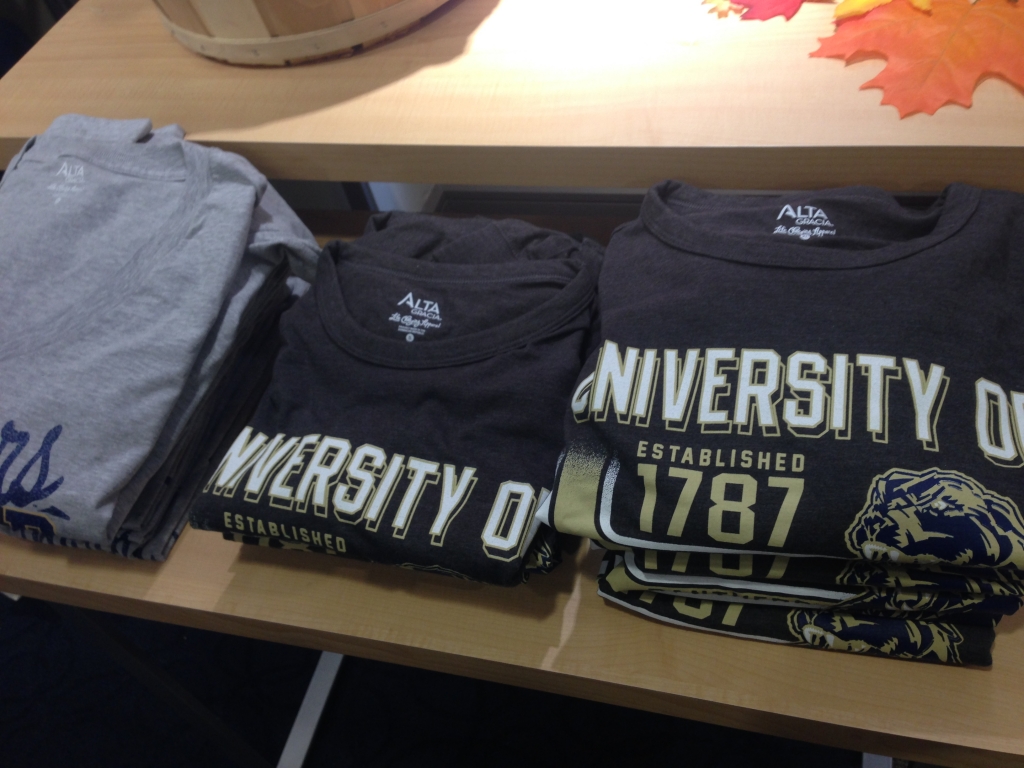 The lives of factory workers, who produce collegiate shirts and pants, are polar opposite from those of the students who wear the collegiate apparel. While this gap may not be shrinking, the ability for factory workers to earn living wages an hour north of Santo Domingo, Dominican Republic is, and it depends on the university students buying their products. Titled an attempt at a “perfect” factory, Alta Gracia, in the Dominican Republic has been defying factory norms for the past five years. Alta Gracia was started by﻿ Joe Bozich, CEO of Knights Apparel, which leads Nike and Adidas in college apparel sales, which gave the ‘in’ for Alta Gracia in the collegiate apparel market.1

Alta Gracia prides itself on providing a living wage which is triple the minimum wage, an agreement with a legitimate labor union, and maintaining high health and safety standards. The factory is monitored by the Worker Rights Consortium, WRC, an independent labor rights organization, that helped to create the policies Alta Gracia uses.2 The WRC calculated the living wage for Alta Gracia which includes calculated costs providing access to food and water, housing and energy, clothing, healthcare, childcare, transportation, and education.3 The living wage that Alta Gracia pays is USD 2.85 an hour, increasing minimum wage monthly income from USD 165, to USD 514.4 Alta Gracia has also been closely tracked since taking off by researchers from the School of Foreign Service at Georgetown University. This research tracks the policy and operations, performance, promise and perils, as well as the impacts of the factory.5

Duke University was the first college to jump on board with this progressive movement in 2010. Before the factory even opened, Duke committed to a $USD 500,000 opening order. Following Duke’s eagerness Alta Gracia expanded its clients to over 800 college campuses.4 University student activists at campuses across the United States usually use non-violent direct actions, which are sit-ins, petitions, or boycotts, that seek an immediate result from established authorities, to petition their universities to begin selling sweatshop free apparel. Pushing for a change in apparel sourcing, can be a time consuming process at many universities. The University of Pittsburgh is one of those.

Student activists at the University of Pittsburgh working under, Pitt Panthers for Fair Labor Coalition (PPFL) advocate that the university incorporate sweatshop free apparel into the bookstores. The coalition is not looking to become the mouth of Alta Gracia on campus, but rather hoping and expecting that the university will take ownership of the change, since it aligns with the university’s goals and student body requests. In the spring of 2015, The University of Pittsburgh agreed to source 30 percent of apparel from Alta Gracia, display Alta Gracia front and center of the bookstore, train bookstore staff on the impacts Alta Gracia has on its workers, and continually promote the fair labor products.6 While PPFL is still meeting with university administrators to fine tune how to university will incorporate Alta Gracia products and visions in the university, significant progress has been made. Alta Gracia is undergoing renovations that have impacted the timeliness of shipments, but Alta Gracia can be found in Pitt’s University Store on Fifth.

Will this collegiate apparel factory in the Dominican Republic prove to be a reproducible model in other garment industries that will change the long standing condition of factory work?