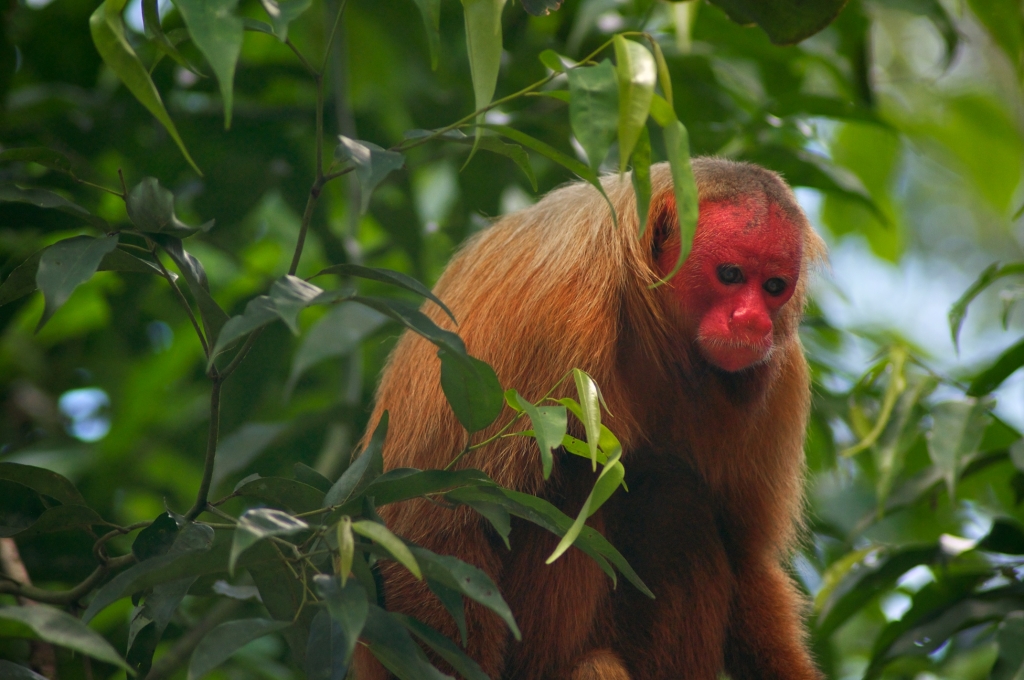 This November, Peruvian president Ollanta Humala signed a decree designating a massive area of the Amazon jungle a new national park.1 Sierra del Divisor National Park, whose an area of 5,470 square miles is greater than the United States’ Yellowstone and Yosemite National Parks combined, connects two protected areas on either side of it to finally link together the Andes-Amazon Conservation Corridor.2,3 The green corridor now protects 67 million contiguous acres of pristine land.3

The announcement came about a month after Peru’s neighbor, Chile, announced the creation of the largest marine reserve in the Americas, Nazca-Desventuradas National Park.4 Located in the Juan Fernández Sea about 530 miles off of the Chilean coast, the reserve covers about 115,000 square miles—about the size of Italy.4,5,6

These countries’ enormous strides towards conservation are going to protect thousands of plant and animal species from threats such as fishing, mining, logging and drug trafficking.4,7 Many of these species are endemic, meaning that they are exclusive to the area and live nowhere else in the world.1,4 For example, Sierra del Divisor is home to the endemic Acre antshrike as well as several dozen species of plants and animals that are potentially brand-new to science.7 A full 72% of the animals of that live in the Desventuradas area are endemic; these include the Chilean sandpaper fish, the decorator crab, and the glow-in-the-dark pyrosome.4,8 The remarkable species diversity in these protected areas doesn’t end there. The Peruvian government estimates that Sierra del Divisor has about 3,000 species of plants and animals.1 These include at least 20 threatened medium and large mammal species, such as the red Uakari monkey and Goeldi’s monkey, as well as over 350 bird species and 300 fish species.7 In Desventuradas, meanwhile, the various threatened species include the Juan Fernández fur seal, which was previously believed to be extinct.6

The creation of these two parks will not only protect the species living within them, but will impact the environment on a worldwide scale. Sierra del Divisor is an important carbon sink—its forests contain about the equivalent of the total carbon dioxide emissions released every year by 127 million cars.7 The protection of these forests will enable the capture of nearly 40% of Peru’s daily carbon output.2 Both Sierra del Divisor and Desventuradas will give the wildlife within them and around them more space for adapting to climate change.3,7

One of the most important factors in the creation of Sierra del Divisor was the unprecedented participation of local indigenous communities in the decade-long campaign to designate the national park. The Huambisa, Shipibo, Conibo, Matsés, Ashéninka and Isconahua communities worked with nonprofit organizations to support the establishment of national park status. The presence of indigenous communities in the area, including those that wish to remain in isolation (of which there is at least one in Sierra del Divisor), will help protect the park from outside threats. Some communities will even actively participate in the protection of the park alongside the government. “[Indigenous communities] will be given legal rights to territorial lands and a ring of indigenous reserves will border the reserve on its western border,” said Paul Salaman, CEO of Rainforest Trust. “This means that loggers and other intruders will be forced to trespass through indigenous lands before entering the park. This will set up a very considerable hurdle to development that is not present now.”7 The achievement of national park status also gives the Peruvian government the legal ability to impose rigid penalties on loggers, miners or drug farmers who trespass in the biome, from high fines to time in prison.9

The creation of Sierra del Divisor National Park and Nazca-Desventuradas National Park put Peru and Chile in the ranks of international conservation leaders. “The new Nazca-Desventuradas Marine Park is a gift from Chile to the world,” commented National Geographic resident explorer Enric Sala, and the same could be said of Sierra del Divisor, which according to the Field Museum of Chicago showed incredible species richness even for the Amazon.6,7 These conservation efforts will enable fantastic scientific discoveries, protect the lives of indigenous people and millions of animals and plants, and contribute to the global fight against climate change. Hopefully others will take a cue from the two neighbor countries and will take similar steps towards protecting our world in the near future.