Mexico City as a Role Model This Pride Month 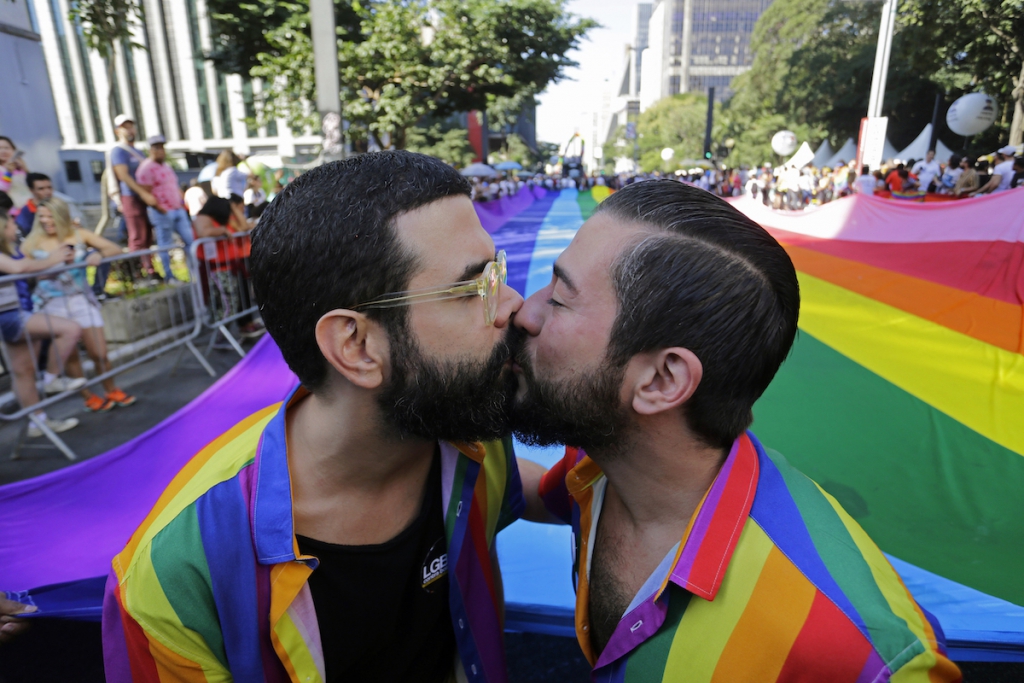 Despite the strong influence of the Catholic church on cultures throughout Latin America, each day LGBTQ+ communities throughout the region continue to gain rights and the freedom to openly express their true selves.  Argentina has been a long time queer safe haven in Latin America with the availability of free hormone therapy or gender reassignment surgery to citizens of all ages since 2012, as well as being the first Latin American country to allow gay couples to marry in 2010. Since this monumental step towards equality in 2010, 17 more countries world-wide have also followed the liberal country’s lead resulting in the current total of 27 countries allowing same-sex marriage worldwide.  Most recently, Ecuador gave the Latinx LGBTQ+ community even more to celebrate this pride month by becoming the 7th country in Latin America to legalize gay marriage with five of nine top-court judges approving the history-making law.

While South American countries like Uruguay, Ecuador, and Brazil have officially legalized same-sex marriage for all citizens nation-wide, Mexico has a more complicated legalization status.  While there has been a law in place since 2003 banning discrimination based on sexual orientation in housing and employment, the legalization of same-sex marriage between all Mexican states is not yet unanimous.  Altogether, approximately 55% of Mexico’s population lives in a state where gay marriage ceremonies are legally performed. These cities and districts include Aguascalientes, Chiapas, Hidalgo, Coahuila, Michoacán, Chihuahua, Nuevo León, Oaxaca, and San Luis Potosí just to name a few, along with other municipalities working towards full legalization. These marriages are recognized nationally, but these ceremonies cannot be legally performed in every state. 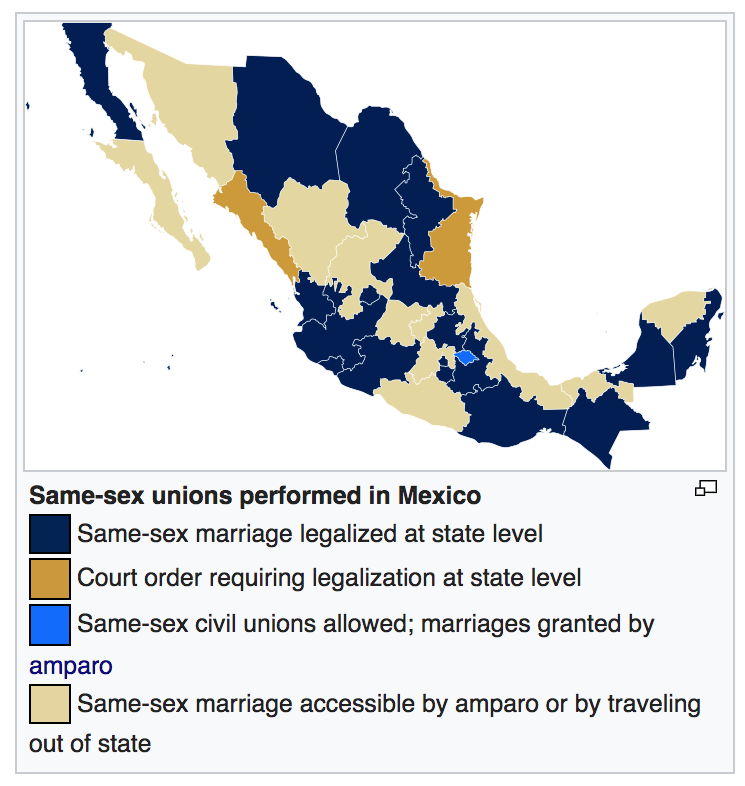 The first federal district in Mexico to legalize gay marriage was Mexico City in 2009 and although this law was not national, this was even before Argentina had official legalization, making Mexico City a pioneer in advocacy for LGBTQ+ rights in Latin America.  Ever since, Mexico City has been a vibrant hub of sexual diversity. The city has various support centers such as the “Community Center of Attention to Sexual Diversity” where citizens have access to HIV testing, healthcare, STI testing, assistance with social services, and more for all regardless of sexual orientation.  The city is often advertised to travelers as a safe and lively place for gay vacation goers. While all year round Mexico City is a place of acceptance and asylum for gay Latinos, June is a particularly lively month for the queer community.

With June being the annual month of pride for the global LGBTQ+ community, Mexico City certainly does not miss out on the opportunity to celebrate their accomplishments in legal and social acceptance of their vivacious gay population.  Unsurprisingly, based on its general recognition as the “gay capital” of Latin America, Mexico Gay Pride is also recognized as having one of the craziest celebrations in Latin America. The first ever gay pride parade in Mexico City took place in June of 1978, so the city certainly knows how to celebrate this essential annual event.  Known in Mexico as Marcha del Orgullo LGBT de la Ciudad de México, the parade (maybe better described as a party than a march) attracts around one million attendees every year to the country’s capital.  This year, the celebration will take place the last week of June with the main festivities happening all day and night on June 29th. The party will start with a massive parade beginning at the Angel of Independence in Zona Rosa and continuing along Paseo de la Reforma until reaching Zócalo, the main square in the city center.  The party won’t stop until sunrise with bars and clubs hosting various parties throughout the neighborhoods of Mexico City, accompanied by music and dancing in the streets. Each year the festival is characterized by rainbow flags and balloons, elaborate floats and spectators flooding the city streets, and proud queer Mexican citizens flaunting outrageous outfits adorned with glitter and vivid colors.

Though the fight for LGBTQ+ rights is not nearly over for Mexico or Latin America with so much still to be done in order to achieve equal freedoms for queer Latinos, it is important to also celebrate the progress that has already been made.  Gay pride in Mexico City is a perfect example of a community being strong and continuing to express themselves in their most true form, despite the backlash that it may provoke. Mexico City will continue to impress this pride month with its strong gay community and hopefully act as an example for others around the world as a city that embraces all its citizens, regardless of who and how they choose to love.