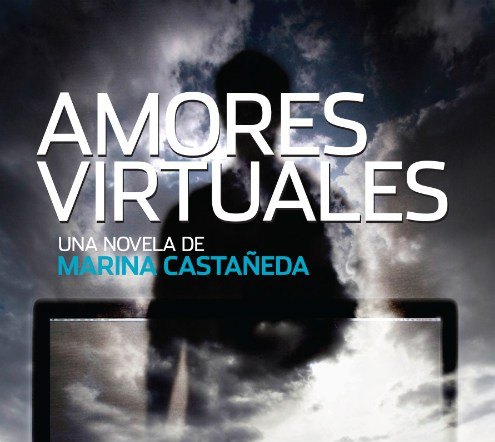 Walls, holes, and mountains—everyday rarities of the physical environment known to stymie our progress—have all served as apt metaphors with which to express our frustration when encountering difficulties. Impeded from reaching a goal, one naturally feels ‘up against the wall’ or as if having ‘dug oneself into a hole.’ When we consider the case of Mexico, however, no other trope has enjoyed such consistent purchase as that of a ‘labyrinth.’ Since the 1950 publication of Octavio Paz’s El laberinto de la soledad—text consisting of potent mix of historical, poetic, and psychological ruminations about the Mexican ‘character’—invoking a ‘labyrinth’ has become shorthand for expressing a whole maze of social maladies both real and imagined: corruption, violence, or machismo. In contemporary times, labyrinthine readings still haunt Mexican culture.

In volume 34 of Studies in Latin American Popular Culture, I explore the obstinate nature of Mexico’s perennial ‘labyrinthine’ metaphor via an analysis of Marina Castañeda’s 2010 novel Amores virtuales. My article, entitled “New Technologies, Old Nationalities: Mexico’s Digital Labyrinth in Marina Castañeda’s Amores virtuales,” interprets Castañeda’s novel vis-à-vis Hans Jauss’s literary reception theories, and as elaborated in Toward an Aesthetic of Reception (1982). I argue that even in treating twenty-first century themes, Amores virtuales reiterates many old hat notions of lo mexicano, and which were most famously (and infamously) proposed by Paz. My article underscores the difficulty of thinking beyond national myths and proposes that Castañeda’s novel exemplifies the arduousness of overcoming what I argue is a “Pazian horizon of expectations.”

Mexico City psychologist Dr. Ulises Blanco is the protagonist of Castañeda’s novel; when the story opens, we meet a man in the throws of a midlife crisis, wracked by professional and personal problems that have left him emotionally and mentally broken. Hélène, his wife, perished from cancer a year earlier and his relationship with his son, Carlos, is frayed; Blanco has no contact with his father, Roberto, whose accomplishments as a cardiologist far outshine those of his son. Living a comfortable but unfulfilling life in Mexico City’s Coyoacán neighborhood, Ulises exemplifies a middle class ennui probably not unknown to Castañeda’s target audience.

Ulises’s labyrinthine journey to discover himself begins when he is contacted via a series of cryptic Internet messages by his brother, Gabriel, who is thought to have been ‘disappeared’ by a Mexican drug cartel. After deciphering Gabriel’s abstruse emails, the two brothers reconnect in a SIM world; here, Ulises is given access to loving electronic missives written by his wife, Hélène, and which deepen his appreciation of her. Finally, Ulises and his father also reconcile at the novel’s close, just as Ulises suffers a heart attack; having solved the riddle of his life, Ulises is, the novel suggests, prepared to die. Thus, and like Octavio Paz’s interpretation of the Mexican national character in El laberinto, Castañeda’s Ulises resolves his constant and crippling loneliness only via death. Focusing on key words, extended metaphors, and plot twists, my article in SLAPC reads Ulises’s narrative alongside Paz’s reading of ‘Mexican national identity.’

With my article, I also contextualize Castañeda’s novel within its historical moment by focusing on the discourses surrounding Internet technology. I claim that Castañeda’s novel—in presenting the Internet as a virtual space where Ulises can heal his wounded psyche—reiterates an idea that has enjoyed notable cachet among Mexican politicians and intellectuals: the ameliorative or even emancipatory potential of increased Internet access. By referencing facts and figures about Internet use in Mexico, as well as government programs meant to increase the country’s Internet connectivity, I show that “[t]he Internet has consistently been a rallying cry in Mexico official state politics since its popularization during the mid-1990s through the present” (200). Simply said, the fact that Castañeda looks to the Internet’s labyrinthine network of information and communication in order to soothe her protagonist’s crippled sense of self is very much informed by the novel’s context. More boldly stated, we could interrogate the extent to which the novel replicates ‘truths’ originating in directives from above.

Ultimately, I claim that Castañeda’s novel is both ingenious and problematic. On the one hand, we cannot help but be cynical about the origins and goals of Castañeda’s novel: What better way to validate a first attempt at a literary work than to tap into one of Mexican letters’ most canonical (and ready-made) tropes—the labyrinth? On the other hand, the novel’s central conceit is original and provocative. Rather than validating and empowering the feminine via a type of history from below, Castañeda crafts a novel in which a man, narcissistically wounded, defeats his neurosis, overcomes his Oedipal complex, and opens himself up to love. In cyberspace he reencounters the feminine—namely, his wife, Hélène—on more egalitarian terms, thus overcoming past trauma.

Since my SLAPC article is already somewhat dated, I would be remiss if I did not return to some of themes of Amores virtuales in hopes of interrogating their continued salience within the political, literary, and pop culture spheres of Mexico. Considering that my SLAPC article (by citing Jauss) assesses the inertia of literary metaphors, it is only appropriate that I ask myself what has changed since 2010 in terms of Castañeda’s professional activities, Mexican politicians’ and artists’ understanding of Internet technology, and finally, the seemingly perennial invocation of ‘labyrinthine’ tropes to apprehend contemporary Mexican culture and society. Is Castañeda’s novel, which engaged ideas from its contemporary moment, still timely in 2016?

A return to Castañeda’s professional résumé, along with an examination of Mexican politics and culture, confirms my findings in “New Technologies, Old Nationalities…” During the six years since the publication of Amores virtuales, Castañeda’s professional objectives have only become clearer. Specifically, with her 2013 publication of a graphic tract entitled El machismo ilustrado, it has become apparent that the psychologist and author has tasked herself with a singular, rather knotty job: lay bare for a non-specialist audience the pernicious persistence of machismo in Mexican society. Said to be based on her previously published El machismo invisible, with El machismo ilustrado, Castañeda marshals the talents of Mexico City graphic artist Eva Lobatón. In the book’s prologue, Castañeda explains that, in relation to El machismo invisible, with El machismo ilustrado “[e]l mensaje es el mismo, lo que cambia es la manera de decirlo” (9). As is well known, Mexico enjoys a long and rich tradition of socially-engaged graphic artists; perhaps most notably during the twentieth century is the artwork of illustrator Rius (Eduardo del Río), who has sardonically explained Mexican society via his comics and with a notably leftist bent. With El machismo ilustrado, Castañeda and Lobatón seemingly situate their collective work within this popular culture context. Here, author and illustrator argue that, although times have changed, sexism is still very much part of our world, enduring in subtler but equally noxious forms. “Así como las viejas figuras del político arrogante, del patrón prepotente, del padre de familia autoritorio, del marido controlador, el clásico macho mexicano se ha convertido, sin que se dé cuenta de ello, en un personaje de risa” (11). Especially interesting in relation to my reading of Amores virtuales are the allusions to revolutionary times in El machismo ilustrado. Specificially, Castañeda—with the help of Lobatón’s illustrations—includes a type of ‘before and after’ vignette on pages 37 and 38. While on the former page we see the representation of the classic ‘charro’ with a prominent mustache and wearing a wide-brimmed hat while mounted atop a steed, on the following page, a “macho actual” is drawn, his horse replaced by a car and whose pistol is transformed into a television remote control. The drawing of the ‘Charro’ figure is suggestively titled “Macho en 1908” (37)—thus situating both macho and reader, symbolically, on the cusp of the 1910 Mexican Revolution. The macho is essentially positioned (chronologically) at a point just before his bellicose fantasies are to be realized in warfare.

Herein, I would suggest, lies the difficulty of undermining the persistent myths (and realities) of Mexico’s revolutionary culture—one of these being, obviously, of great interest to Castañeda—machismo. More pithily stated: How can we interrogate notions of the revolutionary machismo without, simultaneously, reiterating them? This, essentially, is what I refer to as the Pazian horizon of expectations in Mexico—the obstinacy of the past.

This said, we may ask ourselves if the artistic production from Mexico and which treats corruption, machismo, and nagging violence can, in fact, be understood dialectically? On one hand appears the option of explicit engagement. For instance, Mexico’s continually bouts with machismo and violence can be narrated via grisly tales of mero-meros such as those found in a film like Luis Estrada’s El infierno (2010). On the other hand, in recent years, attempts have been made to express political malaise not by plainly representing Mexico’s ills but rather, by exploring their aftereffects via hushed, chilling artistic abstractions. Case in point is Natalia Almada’s documentary about drug-related violence, 2011’s El velador, as is Teresa Margolles’s installation piece Vaporización (2002). How best to topple the myth-fueled but deeply painful realities that hinder contemporary Mexico?

This mention of possible solutions to Mexico’s social ills, too, leads me back to one of more unique themes found in Amores virtuales. As I explain in my SLAPC article, it is not a simple case of happenstance that Castañeda’s protagonist, Ulises, looks to the Internet in order to heal his harrowed psyche. This point has only been reconfirmed since the election of President Enrique Peña Nieto in 2012. In order to confront one of Mexico’s most pressing concerns—corruption—Peña Nieto has forwarded improved Internet access among Mexicans as a viable solution. Even while the specter of mass killings in Mexico—the 2014 assassination of 43 students from Ayotzinapa Rural Teacher’s College in the state of Guerrero—continued to be grim topic of discussion, on May 17, 2016 Peña Nieto commemorated the Día del Internet by heralding the growing number of Mexicans with Internet access and, furthermore, by celebrating connectivity as an apt tool with which to combat corruption. This, too, could very well be read as ironic if not downright labyrinthine, considering that many implicate Peña Nieto’s government in the still obscure events of September 26, 2014 in Iguala—events that were first made public via social media, and which subsequently inspired a cavalcade of condemning hashtags broadcast through the Twittersphere: #Ayotzinapa, #FueraPeñaNieto, #FueElEstado, #YaMeCansé, and #FueElEjercito. Can corruption, cover-ups, and assassinations really be Tweeted away? Can broadband bring us out of the labyrinth?

In the six years since its publication, Marina Castañeda’s Amores virtuales still makes for a compelling and enjoyable read; it forwards provocative questions about our present moment that affect not only Mexico, but beyond. How to craft art—whether it be ‘popular’ or ‘high’—which catalyzes emotional, social, and psychological change? What is the role of the Internet in our lives and what is its potential for both self-exploration and political engagement? Finally, when citizens finally outgrow the tired tropes of the nation-state, how can we slough off politically moribund metaphors, and perhaps discover new, better selves? 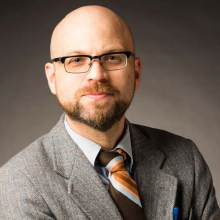 Kevin M. Anzzolin
Kevin M. Anzzolin, Assistant Professor of Spanish, arrived at Dickinson State University in 2016, where he teaches a wide range of classes in Spanish and English. He graduated with a Ph.D. from the University of Chicago in 2014 after writing a dissertation entitled Guardians of Discourse: Literature and Journalism in Porfirian Mexico (1887-1912). Therein, he analyzes the representation of journalism in literary texts from Porfiriato Mexico. His research focuses primarily on Mexican narrative from the 19th- to 21st centuries, while his publications have appeared in Letras hispanas, Céfiro, and Studies in Latin American Popular Culture. For more information: https://dickinsonstate.academia.edu/KevinAnzzolin