The Life and Legacy of Juan Gabriel 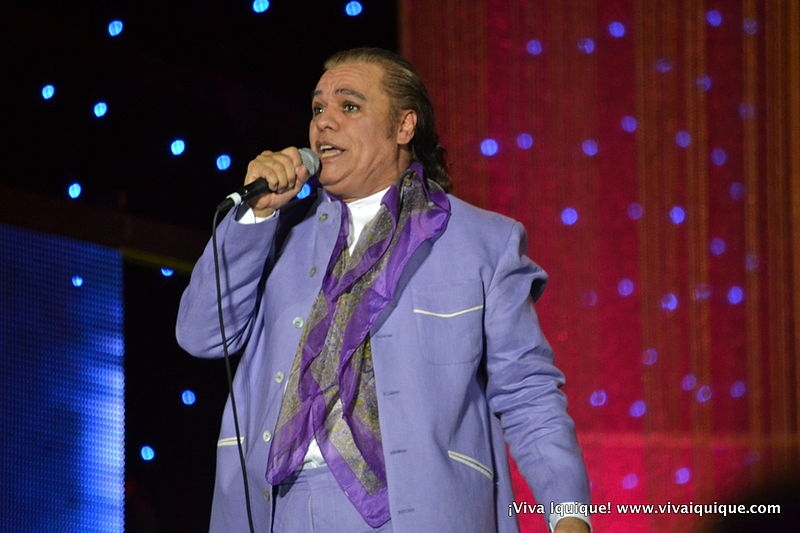 “To make it you have to be fully alive. I do my best to do that. I enjoy every moment because I believe that once we die, that’s it. We’re not coming back. Lovers come back. Styles come back. But time? It never comes”1.

These word of Juan Gabriel are emblematic of how he lived his life. The six time Grammy award nominee2 was known for saying that all he needed in order to be happy was the freedom to make music. He never stopped performing even to the day he died and he never cared if he lost all of his money as long as he could perform3.

The Mexican superstar’s life was truly an underdog story.  He was born Alberto Aguilera Valadez in Michoacán, Mexico on January 7, 1950 to farmworkers. The youngest of ten children, his father was admitted to a psychiatric hospital when he was still very young. His mother could not take care of him, so she placed him in an orphanage. At the age of 14, he ran away from the orphanage and began writing and performing music on the streets while selling snacks and toys. He eventually he went to Mexico City seeking fame, but he was wrongly accused of stealing a guitar and sent to prison for a year. Despite the years of misfortune, Gabriel released his first album at the age of 214.

Over the next 40 years, Gabriel had an exciting career making music and performing to large audiences. In 1971, Gabriel released “No Tengo Dinero” his first gold album5. This was the first of many albums on his road to becoming the best-selling artist in Mexican history6.  One his most famous hits was the 1984 ballad entitled “Querida”. Another one of his greatest hits was “Eternal Love” which was written about his mother7. He has written songs for countless other artists and his songs have been covered by artists such as Paul Anka and Marc Anthony. During his long career, he was awarded the ASCAP Songwriter of the Year in 1995, Latin Recording Academy’s Person of the Year in 2009, countless lifetime achievement awards and a star on the Hollywood Walk of Fame8. His talent and public persona have drawn comparisons to American artists like Prince, Michael Jackson and David Bowie9. Throughout his career, Juan Gabriel has been reported to have sold over 100 million albums, making him one of the all time greatest artists of his genre10.

Those who saw him perform live or have watched his videos will remember his eccentric style and manner of performing. He preferred silk and sequin-covered outfits in bright colors with a pompadour and occasionally a cape. His performances included frolicking across the stage while head shaking and dancing. His style drew many questions regarding his sexual orientation, but Gabriel refused to give a definitive answer on the subject. Despite homophobic attitudes in Mexico and around the world, Gabriel was and remains beloved by all11. His talent transcended his sexuality.

Throughout his entire life, Gabriel remained fiercely patriotic and passionate about keeping his heritage within his music. He refused to move beyond the realm of Mexican music. He created pop, rock, salsa and mariachi music, but he refused to do a crossover album in English like other Latin artists such as Marc Anthony and Enrique Iglesias. He believed that “Mexican music must be defended with vigilance”12.  Still, he has countless American fans, so many that he was in the middle of a 22 city American tour when he had a heart attack and passed away. Even in his final years he was busy performing and creating music. In 2015, his newest album was Nielsen’s best-selling Latin album. Though Juan Gabriel may have passed away, he lives on in his music. In his own words, “As long as someone exists who sings my songs, Juan Gabriel will live”.