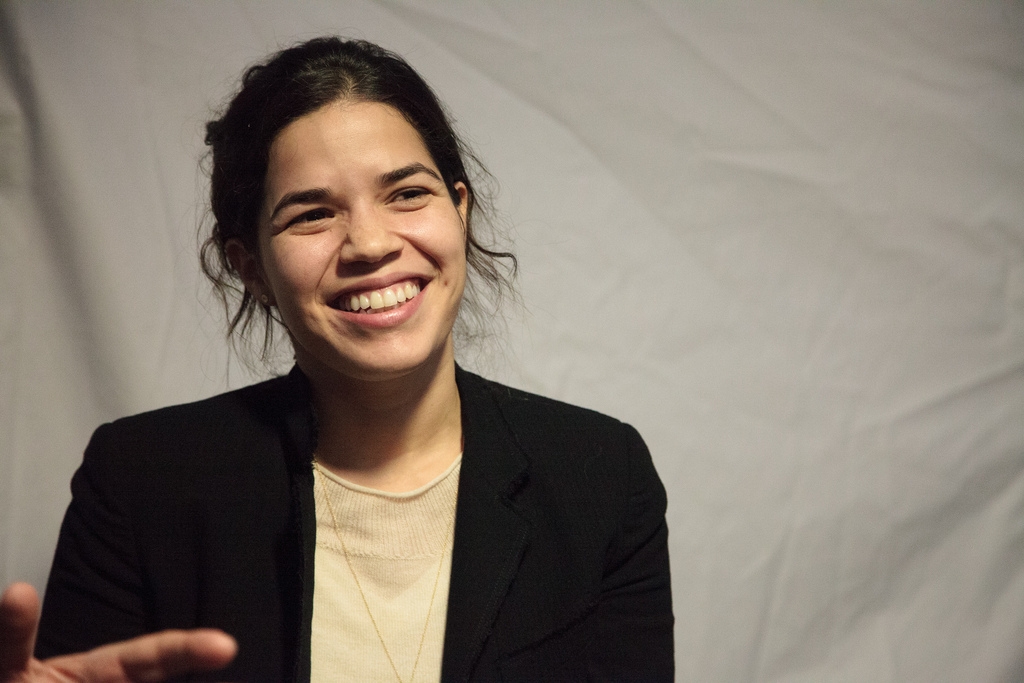 Last weekend the Golden Globes awards ceremony featured most of Hollywood’s elites and many famous Latinos. Among them were Eva Longoria and America Ferrera. The pair announced the category of best actor in a TV drama but not before they made some sharp quips towards the Hollywood Foreign Press Association, sponsor of the awards ceremony. Earlier in the season The Golden Globes twitter account mistook America Ferrera for Latina actress and star of Jane the Virgin, Gina Rodriguez during the nominations ceremony.

Thus Longoria opened their bit by saying that she was “…Eva Longoria, not Eva Mendes,” and following suit, Ferrera said “I’m America Ferrera, not Gina Rodriguez”. “And neither one of us are Rosario Dawson,” Longoria continued. “Well said, Salma,” Ferrera responded referring to actress Salma Hayek. “Thank you, Charo.” Longoria concluded referring to the flamenco guitarist and actress.

They were joking but the commentary is larger than that. The truth of the matter is that Latino is not synonymous with one skin color or phenotype. The Golden Globes representative who posted that tweet was confused based on the stereotype that Ferrera and Rodriquez are both Latina and allegedly look too similar for distinction. However, the Latino population is highly diverse. There are indigenous people, whites, mestizos, blacks, even Asians all living in Latin America under the umbrella term that is “Latino.” That is to say that Latinos don’t look one specific way.

The stereotype of looks is not the biggest obstacle Latinos in the US have to face. This issue confirms that there are obstacles to face regarding talent and worth. Surely Ferrera and Rodriguez are not thought of as untalented or worthless to society but the fact that they are interchangeable tells us that we cannot distinguish one’s abilities from the others’, and therefore all Latino’s have the same worth, which is often times not as recognized as it should be.

Now, this week the Academy Award nominations have been released with an “all white” group of nominees (including Mexican director Alejandro Gonzalez Iñárritu) to complaints that they need to diversify, accompanied by the hashtag #oscarsstillsowhite as this was a problem last year as well. Favorably, the Golden Globes honored many Latinos with wins- Iñárritu, (director of Best Picture, The Revenant), Oscar Isaac (best actor in a limited series or motion picture for Show Me a Hero), and Gael Garcia Bernal (best performance in a television series musical or comedy for Mozart in the Jungle).