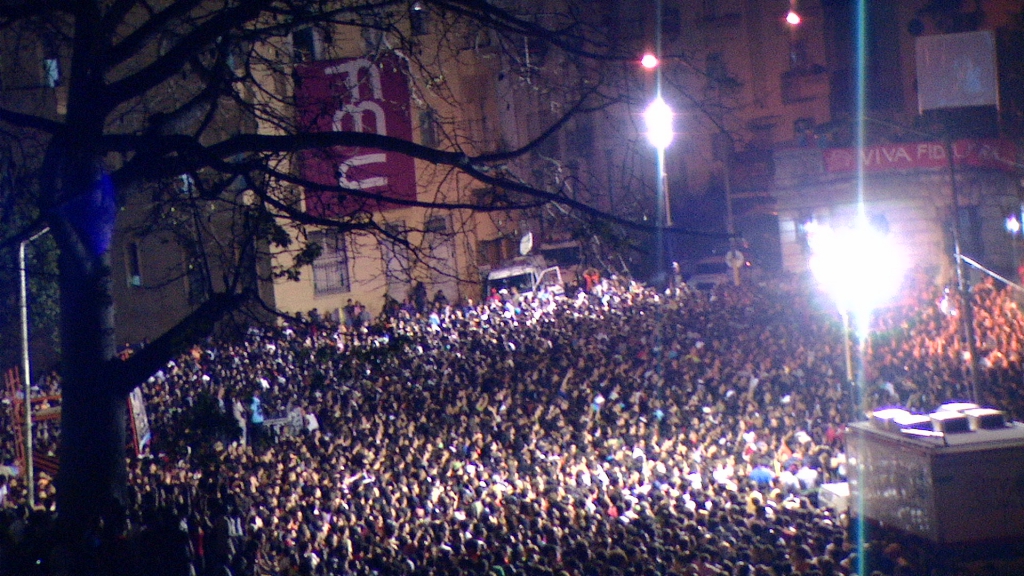 While the Latin Grammys has the same voting and nomination process as the Grammys, it is not just a secondary Grammy. The shows share two contracts, one that fulfills the brand requirements and another that promises no alteration to the awards process. The primary difference is that the Latin Recording Academy is regulated by an international board of trustees who focuses on Latin music that is particularly in Spanish and Portuguese (Cobo, 2019). The show moved to Univision Network in 2006 where a six-year pact was established and then renewed in 2012 (Morris, 2012). As of 2018, a 10-year agreement keeps the Latin Grammys on Univision until 2028 (Gale Business Insights, 2018). The first five years of the awards on CBS were predominantly in English (Velez, 2018). The Latin Recording Academy claims to have moved from CBS to Univision for participants comfort when speaking their native languages on stage, however, this is contested by some who believe that the show was moved because of declining ratings (Sanneh, 2005).

The Latin Grammys have provided a foundation for internationalizing Latin American music (Martinez, 2003). The year 2000 was crucial for the “Latin pop boom” of the century. This is when the popularization of Latin pop music on mainstream media sky-rocketed due to 1990s cross-over artists such as Shakira, Paulina Rubio, Jennifer Lopez, and Christina Aguilera. However, Latin music has never been defined by the Latin Recording Academy, or Latin Grammys as being Latinx, or Latin American for that matter. Latin music is considered any music that is at least 51% in Spanish, Portuguese, or other dialects from “Hispano-America” or “Ibero-America” (only if passed by majority vote by the Latin Recording Academy). Early complaints about the Latin Grammys came from record label Fonovisa who posed the question of whether or not Latin music could be represented under a pan-ethnic label such as ‘Latin’ (Sanneh, 2005). Because language is the determining factor for what counts as Latin music, any music can be recognized as Latin regardless of where the artist comes from. This works the other way around: any Latin artist who records in English and has been released in the United States can be nominated for the Grammys (Cobo, 2019).

“The biggest night in Latin music” tends to leave out artists from the fastest growing Latin genre–reggaeton (Cruz, 2019). Historically, “urban styles rule the charts” but are not being matched by nominations (Cobo, 2018). Reggaeton was extremely popular since the start of the Latin Grammys yet, Daddy Yankee’s “Gasolina” was the first reggaeton music ever nominated in 2004. The song was nominated for record of the year, but only won best urban music album (Butler, 2019). Although reggaeton is included in the category “urban,” this labelling is contested. To the Latin Grammys, urban music is performed in “Spanish Portuguese, and languages of Ibero-America” and includes all of the above genres: rap, reggaeton, hip hop, R&B, Brazilian, funk, trap, and dancehall (Latin Grammys, 2020). These are Black genres whose structural backbone and musicality greatly differ from one another. Lumping these categories together limits many Black artists to this category within the Latin Grammys. Ozuna, who is arguably reggaeton’s most recent pioneer, had his album, Odisea, nominated only for best urban music album even though he was at No. 1 on the top Latin album charts for 46 weeks in 2018 (Cobo, 2018).

At the 20th Latin Grammy, Daddy Yankee and J Balvin spoke out against the urban category for its lacking recognition of reggaeton. Daddy Yankee posted on Instagram:

Translation: Despite being nominated, I don’t agree with the way they treated the genre and a lot of my colleagues. Remember one very important thing, your platform [Urban] was not the one that created this movement. This goes beyond a prize. This is culture, credibility, relevance, and RESPECT (Cruz, 2019).

Daddy Yankee is pointing out that reggaeton is a Black genre rooted in reggae, dancehall and hip hop. Reggaeton has a history of being rejected as a genre in Puerto Rico much like how hip hop was rejected by the greater U.S. music industry in the 1970s (Butler, 2019).

Will opening up an award category for reggaeton increase nominations for reggaeton music and artists? In 2019, “reggaeton performance for singles or tracks” became its own category under the urban music field in the Latin Grammys (Velez, 2020). Scholars like Peter Rivera-Rideau who wrote “Remixing Reggaeton: The Cultural Politics of Race in Puerto Rico,” points out that the long history of Spanish artists dominating Latin music awards will continue “whitewashing” the Latin music industry (Butler, 2019).

“…there is a pattern in Latin music where the industry promotes artists that are white even if the musical practices that they are performing are rooted in Black communities…The people who are getting promoted to be at the higher echelons of these media industries, like popular music, tend to be Latinos who embody a kind of whiteness. . .it’s a mestizo whiteness” (Rivera-Rideau, 2015).

Artists like Rosalia, a Spaniard classically trained in flamenco, received nominations and wins for urban and reggaeton categories. Many of Rosalia’s songs were collaborations with Latinx artists like Ozuna and J Balvin whose own works continue to be under-recognized even though their music has been the top of international charts for longer (Agrelo, 2019).

Since before 2004, when “Gasolina” was the first reggaeton song nominated at the Latin Grammys, reggaeton has grown even more popular across the globe (Cobo, 2018). Only in 2020 does a specific category for reggaeton open up. The double whammy here is that the Latin Grammy’s Ibero-centrism is not only confusing the definitions and non-Iberian origins of Latin music but leads to the under-recognition of Black artists and genres. White and non-reggaeton artists get nominated and win reggaeton awards and receive more recognition for their music than the artists who mainstreamed the genre.

Agrelo, J. (2019, October 11). Rosalía and the blurry borders of what it means to be a Latin artist. Mother Jones. https://www.motherjones.com/media/2019/10/rosalia-and-the-blurry-borders...

Velez, J. (2020, April 2). Reggaeton Gets Its Own Category At Latin GRAMMYs. GRAMMY.Com. https://www.grammy.com/grammys/news/latin-grammys-add-new-categories-inc...