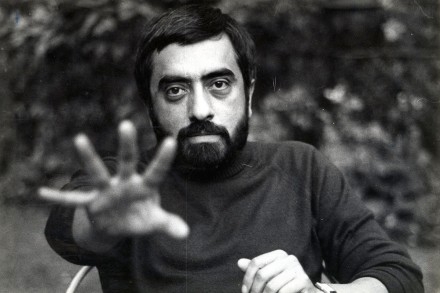 In the late 1960s, as the Latin American Boom masters exported magic realist narratives to the international literary market, young Mexican Onda writers imported the international counterculture into their writing in an attempt to question paradigms of self, representation, and language. Among the signifiers that codified the 1960s counterculture, the drug experience, along with rock music, opened possibilities for social and literary experimentation. Critics, such as Margo Glantz and Carlos Monsiváis, have written about the emergence of rock music and drugs in the works of Onda writers. However, while Glantz’s work (1979) clearly establishes the influence of rock music on la Onda’s literary aesthetics, critics have largely ignored the parallel impact of the drug experience on this same group of writers. For example, Ann Duncan (1986) does not address the topic and Carol Clark D’Lugo (1997) mentions drugs only briefly as a literary theme. In this essay, I contend that the drug experience, particularly of the psychedelic variety, goes beyond a thematic convention and constitutes an aesthetic device that opens up the national literary canon to subjectivities and modes of representation that question the 1960s Mexican polity.

Through altered states created by the drug experience, Onda writers construct a different subjectivity, one of countercultural youth, which is rooted outside national boundaries and which projects an alternate reality within their intoxicated writing. In my article Intoxicated Writing: Onda Writers and the Drug Experience in 1960s Mexico, I delineate the way in which the drug experience extends beyond a literary trope and allows for representational experimentation through four distinct processes —“initiations,” “intoxications,” “translations,” and “reproductions”— that culturally and aesthetically frame the following texts: Larga sinfonía en D y había una vez . . . (1968) by Margarita Dalton, Pasto verde (1968) by Parménides García Saldaña, and Se está haciendo tarde (final en laguna) (1973) by José Agustín. Examining this corpus allowed me to explore Onda writers’ incorporation of the 1960s countercultural ethos, via the drug experience, as a counter-hegemonic strategy.

As in similar coetaneous movements in parts of Europe and the United States, la Onda sprang out of youthful rebellion against the political and social establishment. Previously marginalized and subsumed in the conservative discourses of the family, religion, and the nation, the growing youth population started to develop a collective social awareness not only through its participation in the labor movement, as demonstrated by student and worker strikes, but also, ironically, through the images projected by the entertainment industries that were trying to exploit them. As marketers recognized the demographic shift in the population and started to target the middle-class youth as potential consumers, the young in turn pushed back at the national cultural establishment by adopting different ways of dressing, speaking, listening to music, reading, and, eventually, writing. La Onda rose out of the middle-class youth’s rejection of their parents’ values while simultaneously appropriating the mores of the international counterculture, particularly through the embrace of rock music and psychotropic drugs.

Elena Poniatowska shows that the term “la onda” had become part of the youth vernacular by the mid-1960s and that it had become a social phenomenon in Mexico between 1966 and 1972. Eric Zolov maintains that it was already in currency by late 1967 as a societal label of youthful rebellion. By 1969, Monsiváis was mocking la Onda for its failed attempt at social change. Thus, when Glantz established the dichotomy Onda/escritura in 1971, that set the critical paradigm under which the young writers of this era have been analyzed ever since, those writers labeled Onda were the ones she considered to be more preoccupied with the changing, chaotic, vernacular, mass-mediated landscape of 1960s urban youth, while the escritura writers were less caught up in the social fray, so to speak, and were more concerned with formalist literary issues. In other words, in Glantz’s view, Onda writers’ output was considered “popular” literature, while escritura writers’ texts were “high-art.”

However, according to Onda scholars, 40% of the population in Mexico was 15 years old or younger in the 1960s. Just as media executives had noticed the growth in that social segment, so did the literary establishment begin to perceive a change in the reading public. This is evidenced not only by the decision of the culturally prestigious publishing house Joaquín Mortiz to publish Gustavo Sainz’s first novel, Gazapo (1966), and José Agustín’s second novel, De perfil (1966), and subsequent texts, but also by Mortiz’s decision in 1963 to create an exclusive line within its catalogue, called Serie del Volador, which became an ideal showcase for Onda writing. Other competitors popped up as well, like Costa-Amic, Novaro, Diógenes and Grijalbo, though none were as successful as Joaquín Mortiz. Thus, the proliferation of these smaller publishing houses that were taking chances on unknown writers speaks to the desire of this younger audience that was hungry for cultural products that represented them.

Prior to the 1960s, the Mexican literary scene was a closed circuit, upheld by economic privilege, given the prices of books and other cultural venues, as well as by literary pretensions. However, the appeal of Onda writers to a new reading audience, who were concentrated in the urban centers and coming of age in the mid 1960s, opened up this rarefied circle. Young Onda writers incorporated a new sensibility into their writing and were able to attract a wider readership. Inke Gunia asserts that the commercial success of Agustín’s and Sainz’s first texts indicates a shift in the Mexican literary scene. She concludes that these authors broke through the barrier that had been erected between elitist and consumer literatures. Gunia counts among the factors that may have contributed to their commercial success the incorporation of various strategies of consumer literature: an adolescent first-person narrator who confesses his most intimate feelings, albeit in a highly-stylized oral tone; constant references to an extra-literary reality well known by the urban upper and middle classes, without being weighed down by historical and political polemics; and the use of colloquial, contemporary language (“¿Qué onda broder? . . .” 27). Similarly, Poniatowska maintains that from the social phenomenon of la Onda a literature emerges that offers young readers, for the first time, reading material that is accessible and immediate, thereby generating a new reading public (176). At the same time, she also reminisces that Onda literature opened the previously closed-off, elitist arena of writing to members of the lower classes. Thus, Onda writers initiated a wave of readers and writers who had been previously excluded from the production and consumption of texts.

For all that, the reception of la Onda was far from homogeneous. While successful with a mass audience, the cultural establishment, like Glantz and Monsiváis, indicted this movement as proceeding from a poverty of language and a hunger for the contemporaneous, inferior to a more fully realized, autochthonous cultural phenomenon.

However, in my opinion, the literary production of Onda writers constitutes a “minor literature;” that is, a point of resistance within a major literature. Onda texts comply with the three elements delineated by Deleuze and Guattari in their essay What is a Minor Literature? First, Onda writers use the argot of teenagers, which is marginal to the “paper language” and which extends beyond the national territory by appropriating English colloquialisms, thus producing a deterritorialization of language. Second, Onda writers’ concern with delivering a sense of immediacy to their readers corresponds to the countercultural connection of the individual to the political, as Tom Robbins explains that “in the Sixties virtually all political activism was connected, directly or indirectly, to the ingestion of psychedelic drugs and therefore was shaped by, if not centered in, ecstatic states of being.” Lastly, the emergence of these young writers constitutes a collective enunciation of a new aesthetic. In short, although they stand in the cultural margins, these works by Onda writers adopt a revolutionary pose, as they refuse “to offer their services as the language of the state.” 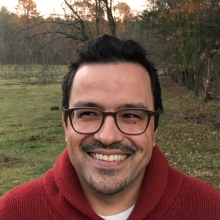 Hugo M. Viera
My name is Hugo M. Viera, and I am an Assistant Professor of Spanish at Westfield State University in Westfield, MA. I am interested in the construction of alternate realities and crime narratives in Latin American fiction and nonfiction. I have published articles on fin-de-siecle modernista writers and the Onda writers from Mexico.