Images of Social Change: Socialism and Print Culture in Buenos Aires at the End of XIX Century 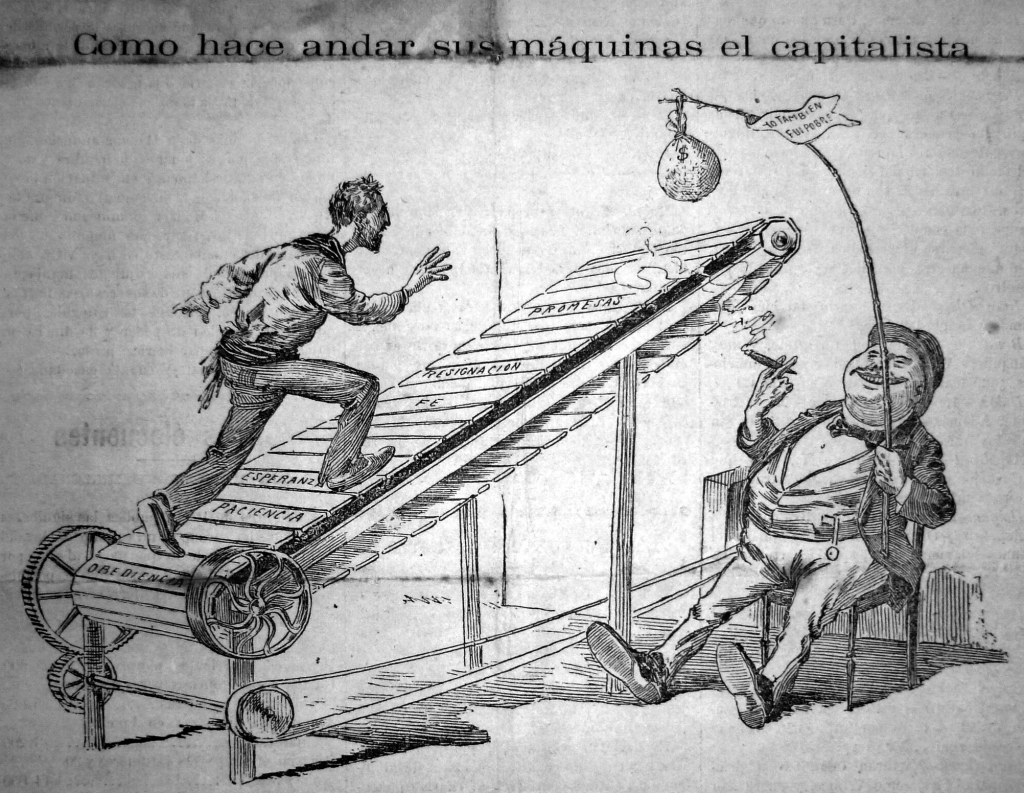 The production, circulation and consumption of printed texts drew the contours of the political culture of socialism in times of the Second International.1 With the advent of mass politics, processes of institutionalization and nationalization of the Socialist Movement were facilitated by the growing presence of printed matter in the daily lives of an increasing number of people, linked to increased literacy rates and unprecedented expansion of journalism and publishing. The new socialist parties, without sacrificing meetings and street demonstrations, overturned the bulk of their efforts to conquer and mobilize members through the dissemination of the written word. From a symbolic point of view, the printed object, in particular the book, was considered synonymous with “spiritual elevation” of the worker. From a practical standpoint, the possibility to reach, simultaneously and in a massive scale, a population of workers from different cities and regions depended on the coordination of specific material and intellectual resources. In terms of communication, even when the written word ruled, the spreading of the socialist message was articulated with oral means: collective readings in factories, workshops and party centers were very important, as well as the dissemination of printed dialogues through catechetical question-answer format, the transcript of speeches in newspapers or the combined use of brochures and conferences.

Images were another important resource. By the end of the century, the Socialist Movement made a strong commitment to the dissemination of printed images, in order to popularize a political imagerie alternative to the official academic production and the emerging space of the commercial image. From a pedagogical stance, socialists considered art as a tool to create and disseminate ideological and political values. As historians like Eric Hobsbawm and Franco Andreucci have observed, allegories, portraits and graphic humor exhibited in newspapers, magazines, calendars, posters, cards, prints, flags, etc. provide clues to solve relevant questions such as the nature of gender relations within the labor movement and the links between socialism and peasant folk culture.2

Visual sources can also be extremely useful for historians interested in Latin American socialism. The illustrations published by La Vanguardia –the Socialist weekly paper– in Buenos Aires (Argentina) at the end of the 1890s may present a good example of such a type of analysis. These images offer evidence of how the socialists sought to mold the particular universe of workers in Argentina at the end of the century, using idealized representations of attitudes, values and practices. From a long term perspective, the press organ of the Socialist Party disseminated a visual discourse that had long circulation in the area of Argentine political image of the twentieth century.3

As a result of the massive influx of immigrants and a thriving export-led economy, the Argentine society acquired the appearance of a ‘great laboratory’, around the turn of the twentieth century.4Immigrant workers were the protagonists of great social and cultural change –more rapid and deeper than the one caused by the arrival of a large number of immigrants to the United States in the same period–. It was a heterogeneous and mobile population in social and spatial terms, whom the socialist militants tried to convince with their propaganda. Some of the graphic work that appeared in the pages of La Vanguardia show how difficult this was.

This weekly paper, published since 1894, was a promoter of the founding of the Socialist Party of Argentina. Also, it was the first socialist publication to regularly post illustrations. Some images were made by active party members, as the case of Francisco Dagnino. But many others were the work of artists like José María Cao, Martin Malharro and Ernesto de la Cárcova, who had less commitment to socialist militancy and were employed at the same time in other fields, such as popular publishing, mainstream press and advertising. It is no coincidence, then, that illustrations were strained between the ambition to shape the ideas and behaviors of the working people, and the attempt to accommodate to the tastes and preferences of the masses.

One important feature of these images was the refusal to show the ethnic and cultural diversity of the working class. The socialists’ insistence on the need for nationalizing foreigners as a condition for the exercise of their political rights made them rather insensitive to diversity. Thus, unlike the illustrations of local anarchist papers, which stressed the cultural uprooting of immigrants, La Vanguardia depicted the migration experience as a purely economic fact. For example, in ‘Immigrants’ (illustration below) we can see an enlightening contrast between those who came to the country to increase their wealth and those who, trying to get out of a miserable situation, saw their fantasies denied.

Another attribute of the corpus of illustrations of La Vanguardia is the use of the concept of the family to visualize the world of labour. In a society that annually received vast numbers of single men looking for a job, and in which there was a great diversity of family patterns, socialists presented the ideal of a nuclear family that was becoming a distinction mark of ‘respectable’ middle classes, as can be seen in the next image.

Some of the images depicted a non-conformist labour culture centred around the values of collective organization and class solidarity. The main deceit – one illustration hinted – was the hope and expectation of upward social mobility. The ‘carrot’ for the individual worker was to become a rich man, but in the meantime the capitalist gained all the benefits. At the end of the road the capitalist showed a sign that read: ‘I was poor too!’:

On the other hand, some of the illustrations emphasized the integrating component of socialist discourses and practices, obeying the myth of social mobility through higher education, discipline and individual effort. In a very effective visual version of the contrast between the enlightened and the unenlightened worker, the Spanish cartoonist José María Cao illustrated the normative and moralizing tone used by the socialists to convert a marginal population into a responsible and productive working class that was more apt to make a contribution to economic and social progress:

While the frictions produced by the rapid socio-cultural changes gained visibility as a political issue in the world of urban work, the real engine of Argentina’s economic growth was in the rural areas. One of the ways in which the Socialists visually represented farm workers was through the image of the ‘criollo’, a paradigmatic character of the traditional rural culture. They implied that the values and practices brought by urbanization, immigration and economic growth threatened to make this world disappear. By setting a stark contrast between a past of freedom and a present of poverty and misery, the illustrations exhibit their sympathy for the ‘criollo’s’ way of living:

As evidenced by the success of popular publications that circulated at the time, ‘criollo’ topics attracted the immigrant population interested in adapting to the Argentine society. Seduced by this capability, the socialists resorted to ‘criollismo’.

In summary, despite the fact that the printed propaganda of the socialists pointed out the contradictions of capitalism and the need to combat the entrepreneurial elites through collective organization, illustrations in La Vanguardia also supported the process of social and cultural integration of workers. They did so by the representation of labour as a positive value, the nuclear family as a synonym for happiness and personal and social development, and the image of the ‘criollo’ as a symbol of cultural unification. 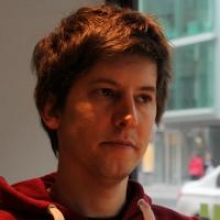 Juan Buonuome
Doctoral Fellow at Universidad de Buenos Aires and CONICET (Argentina). He holds a Masters degree in historical research from the Universidad de San Andrés and his areas of interests include social and cultural history of contemporary Argentina, history of print media and history of socialist culture.