With the death of Colombian writer Gabriel García Márquez on April 17, 2014 the world has lost one of its most beloved authors. Fortunately, his works live on in countless libraries, bookstores, cinemas, internet pages, and the minds and hearts of millions. García Márquez, or “Gabo,” as he is known to practically everybody, is remembered most commonly for his novels and short stories, and above all for the epic novel One Hundred Years of Solitude (1967), which more than one critic has called the “Bible of Latin America.”  This seminal work, along with a multitude of novels, short stories, plays and screenplays, introduced readers in every corner of the globe to a particularly Latin American sensibility, and a history that is at once mythic and tragic. And while his novels and stories have enjoyed spectacular commercial success and are translated into dozens of languages, most readers and fans of what has become known as “magical realism” are completely unaware of Gabo’s first, and perhaps most authentic, profession: that of investigative reporter. Throughout his life, he authored hundreds of non-fiction works, including commentaries, film and book reviews, editorials, and lengthy investigative news reports. García Márquez always considered himself primarily a newswriter, and it is the practice of journalism to which the author invariably returned throughout his life, and which informed his early forays into narrative fiction.  In a 1996 speech before the Interamerican Press Society, Gabo declared journalism “the best job in the world.”

So it comes as no surprise that the language and narrative style of García Márquez’s fiction closely resembles that of much of his journalistic work. The author himself readily acknowledged these correspondences. When asked during a 1981 Paris Review interview whether the novel can do things that journalistic writing cannot, García Márquez responded: “Nothing. I don’t think there is any difference. The sources are the same, the material is the same, the resources and the language are the same.” And indeed readers cannot fail to notice how his fiction is steeped in the style and vocabulary of journalism. Likewise, the language and narrative structure of non-fiction texts such as The Story of a Shipwrecked Sailor (1970) and News of a Kidnapping (1996) are often indistinguishable from those of his novels and short stories.

One reason García Márquez’s journalistic writings are relatively unknown by most readers is that they are much harder to find than his ubiquitous works of fiction. Notwithstanding a few examples such as Cuando era feliz e indocumentado (When I was Happy and Undocumented), Notas de Prensa 1980-1984, and French scholar Jacques Gilard’s comprehensive (and overwhelming) four-volume Obra periodística,  a collection of all of García Márquez’s known journalistic writings, there are few accessible and reliable selections of these original texts, and to my knowledge, none have been published in translation.

The recent publication of Gabo, periodista will undoubtedly familiarize readers with this

lesser-known but important facet of the writer’s work. This exquisite volume, edited by Puerto Rican writer and veteran journalist Héctor Feliciano, opens with a fine introduction by Gerald Martin and includes a selection of García Márquez’s “best articles,” with commentary by eighteen friends and experts including Jon Lee Anderson, Alma Guillermoprieto, Juan Villoro and Martín Caparrós, among others. In addition to facsimiles of the newspaper articles themselves, the volume contains photos from private collections that have not been previously published and an impeccably detailed chronology by José Luís Novoa. The book is currently made available only to universities and cultural institutions, but will be available in 2015 for distribution in Iberoamerican book markets. My own institution, the University of Pittsburgh, has been fortunate enough to acquire one such copy, which is proudly housed in the Latin American Reading Room.

The force behind the publication of this extraordinary volume is a remarkable institution, about which too many readers are unaware: the Gabriel García Márquez Foundation for New Iberoamerican Journalism -- Fundación Gabriel García Márquez para el Nuevo Periodismo Iberoamericano (FNPI). García Márquez founded the FNPI in Cartagena, Colombia in 1994, together with his brother and collaborator, Jaime García Márquez, then-director of the regional television channel Telecaribe, Jaime Abello Banfi, and the economist Alberto Abello Vives. The Foundation’s mission is worth quoting in its entirety, in both Spanish and English: “Trabajar por la excelencia del periodismo y su contribución a los procesos de democracia y desarrollo de los países iberoamericanos y del Caribe, a través de talleres y seminarios de formación e intercambio entre periodistas, colaboración en redes y estímulos al desarrollo profesional. /To work in support of journalistic excellence and its contribution to processes of democracy and the development of Iberoamerican and Caribbean nations through workshops and seminars that promote education and exchange among journalists, networking and professional development.”  (translation mine)

The Foundation’s official launching followed a collaborative planning process headed by the late Argentine journalist and novelist Tomás Eloy Martínez. Since 1995, young journalists from Latin America and the Caribbean have had the opportunity to participate in seminars led by prominent writers and other professionals on diverse topics, for example, ethics in reporting, censorship, technology, health and politics. A scholarship program, the “García Márquez Scholarship for Cultural Journalism,” provides funding for participants’ travel and lodging for the duration of the program. Many seminars are now offered online in webinar format. The Foundation also serves as a resource center for Spanish and Portuguese-language journalists to network with colleagues and locate sources of support from public or private educational and cultural organizations. In 2013, the Foundation teamed up with the city of Medellín to offer the first “Gabriel García Márquez Prize for Journalism” which rewards “excellence, innovation and ethical coherence” in journalists who publish in Spanish or Portuguese in the Americas, (including the U.S. and Canada), and the Iberian Peninsula.

The many pages of journalistic writing and the foundation of the FNPI are tangible examples of García Márquez’s legacy and commitment to excellence in journalism. While it is probably true that everybody who has read a literary work by García Márquez has been reading journalistic writing without even knowing it, perhaps the publication of Gabo, periodista will afford readers the opportunity to appreciate that García Márquez was not just a novelist influenced by journalism, but also a journalist who focused his immense talents on creating fantastic imaginary worlds that paradoxically also reflect the most genuine realities. 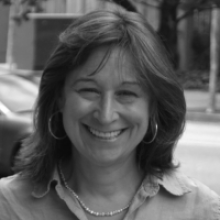 Karen Goldman
Karen Goldman is the Assistant Director for Outreach at the Center for Latin American Studies and professor of the Hispanic Languages and Literatures at the University of Pittsburgh.