Football Clubs as Civic Associations: Their Role in Buenos Aires before 1943 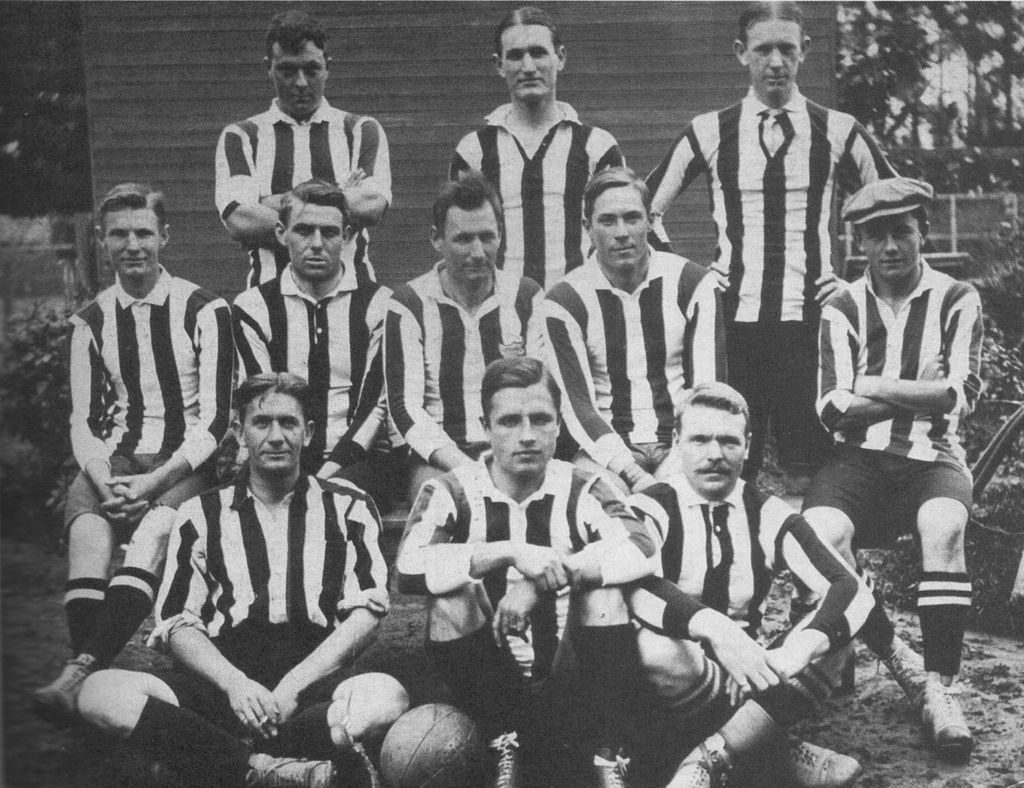 Football clubs, a sense of neighborhood identity and politics have been linked together in Buenos Aires since the true popularization of the sport of soccer. This happened because a number of changes occurred in the Buenos Aires at roughly the same time. Football (soccer) became popular during the first decades of the twentieth century as the population had the time and the inclination to enjoy sports, and that sport was football.  Initially it was a game to be played but by the 1920s it had become a spectator attraction as well.  This coincided with a tremendous expansion of the city’s already relatively vibrant civic culture, changes to the political system and changes to the city itself. Football clubs therefore become a good way to explore how civic associations operated in Buenos Aires in the first decades of the previous century1.

Civic associations, membership associations, have received a great deal of attention in Argentina and elsewhere in large part because they have been seen as training schools for democracy.  The focus on such organizations in Argentina began with the reemergence of democracy in the 1980s as Argentines attempted to rescue parts of their political past.  The best known of these works is Hilda Sabato’s brilliant work The Many and the Few2. In recent years the vision of these types of organization both in Argentina and elsewhere has grown more complex and nuanced, questioning the direct link to democracy.  This study of soccer clubs has confirmed the more complex vision. Politicians and other important men colonized many of these organizations, that is they came to dominate them.  The football clubs needed certain things that they could not obtain themselves and they turned to people outside their clubs to allow their organization to flourish.  Despite in many cases being very large organizations, the clubs needed the intervention of what could be considered outsiders to get what they needed.  These relationships were always in some senses mutual; both sides got something.

During the first decades of the twentieth century the city of Buenos Aires grew very rapidly; its population almost doubled between 1909 and 1936. Even more rapidly it spread into new areas as public transit provided opportunities for cheaper and better housing. New barrios were developed around railroad stations, nexuses of shopping and factories. Simultaneously many boys and young men became fascinated with football, and in order to play the game they created literally hundreds of football clubs.  This was parallel to an explosion of the creation of many types of civic associations, from popular libraries to local development societies. These institutions became vital to the establishment of a sense of belonging to a particular barrio, which gave a sense of larger identity. A great deal of attention has been paid to the development of civic culture in Buenos Aires, but little has been paid to football clubs, though like their counterparts they were membership organization and arguable had much more impact on the society.

Although many of the football clubs disappeared and others remained as small local organizations, some became large with thousands of members.  These became more than just places to play and later watch football.  They hosted a wide range of activities from other sports, to classes to dances and carnival celebrations. For example in 1935 Racing Club, which was based in the industrial suburb, Avellaneda, just to the south of the city,  members played football, tennis, bocce, basketball, paddleball, roller skating, field hockey, track events, gymnastics, swimming, table tennis, fencing and Greco-Roman wrestling. Some sports were played by both men and women. In addition Racing held carnival celebrations. It established a beach for its members along the coast. For its young members it had a summer camp and excursions. During the summer, Racing showed free movies which nonmembers could attend. The club held conferences and classes, including cooking lessons by the famous Doña Petrona.   In many cases the identities of a club and its barrio became intertwined:  San Lorenzo de Almagro with Boedo or Atlanta with Villa Crespo, etc.

The beginning of the growth of football clubs predates only slightly a major shift in Argentine politics.  In 1912 the so-called Sáenz Peña law made voter fraud much more difficult, and for the first time politicians needed to obtain real popular support.  New political figures needed to begin their rise within parties by gaining local support.  In Buenos Aires building support within a particular barrio made eminent sense and developing relationships with football clubs was an obvious strategy.  The needs of the football clubs and the politicians coincided. To be successful in the long run and grow from a small club to a major one, a club’s victories on the field were far from enough nor was institutional stability.  What was needed were places to play and in the long run stadiums and other facilities. Finding places to play was difficult and frequently expensive and in their early years most clubs wandered from field to field.  Good connections to politicians or wealthy men enabled clubs to obtain the use of land or money to buy or rent land and the necessary improvements to their fields.

A prime example of politicians’ influence inside football clubs was that of the Radical Party politician Pedro Bidegain and the football club San Lorenzo de Almagro.  Bidegain was of working class background and used his control of the political structure in his home ward to get himself elected first to the city council and then to congress.  San Lorenzo was a large part of his strategy. In 1918 he was elected to the board of directors and between 1920 and 1928 he was vice-president of the club while his nephew Eduardo Larrandart was president.  Bidegain used the club’s membership list to help him campaign for political office and he of course became widely known across the city. In return he was not averse to proposing measures to help the club while on the city council.  When the Radical Party split Bidegain supported one faction and Larrandart the other, this led to a presidential contest within San Lorenzo between the two, which Bidegain won.  After a short but extremely effective time as president of San Lorenzo, Bidegain was forced into exile and then jailed after the 1930 coup. Although the particular case of Bidegain was unusual, a major role for politicians was not.

For example, in the years directly before the establishment of professionalism in 1931, a system of sham amateurism existed in which players were paid under the table or received jobs, for which they usually did no work. Politicians could provide that employment.  In 1930 seven players for the Chacarita Juniors, a relatively small club, worked for the Department of National Hygiene.  Why did so many worked for that branch of the government? The club’s president was Tuburcio Padilla, a Radical Party politician who was secretary general of that department.

Clearly businessmen could provide a similar service to that provided by Padilla and they could also use their own money to aid clubs. The role of wealthy individuals is well illustrated by Vélez Sársfield.  In 1941 when the club owed over 39,000 pesos, had lost its field, had barely over 2,400 members and had descended to the second division, José Amalfitani took over as president.  He paid the debt himself; the club returned to the first division in the 1944 season, and he remained its president until his death in 1969.  Amalfitani’s actions were not unique in the history of Vélez, although the amount of money was.

As clubs became more important to their barrios, politicians and businessmen used their connections to the government or their own money to help the clubs obtain fields, or stands or employments for their players.  They also in many cases came to dominate the clubs. It is not as if they did not get something in return.  Leaving aside interest in soccer, politicians desired to create a clientele, or where that was not practical at least build ties to voters. Wealthy businessmen tried to expand their personal networks.

An examination of football clubs makes clear that in the pre-Perón period the powerful came to colonize many of them.  By colonize, I mean came to influence them because of what they offered in real terms.  Football clubs turned to those who could solve their immediate problems, even if they were really not one of them.   Clubs looked to individuals as saviors rather than to the membership.  This is the experience of the society as a whole.  Patronage and clientelism played an ever increasing role.  Even labor unions, which ideologically rejected ties to the state and had much more immediate leverage than football clubs, began turning to the state for help during the second decade of the twentieth century. The legacy of civic associations, at least in football clubs, was clearly complex and cannot be seen as only providing schools for democracy.

1. This work is a short summary of my article “Football Clubs and Neighbourhoods in Buenos Aires before 1943: The Role of Political Linkages and Personal Influence,”Journal of Latin American Studies (Aug. 2014), 557-587.

Joel Horowitz
Joel Horowitz is a Professor of History at St. Bonaventure University. He received his Ph.D. from the University of California, Berkeley. He is the author of two books on politics and the labor movement in Argentina during the first half of the twentieth century as well as numerous articles. He is currently writing about civic associations in greater Buenos Aires in the period before 1943.