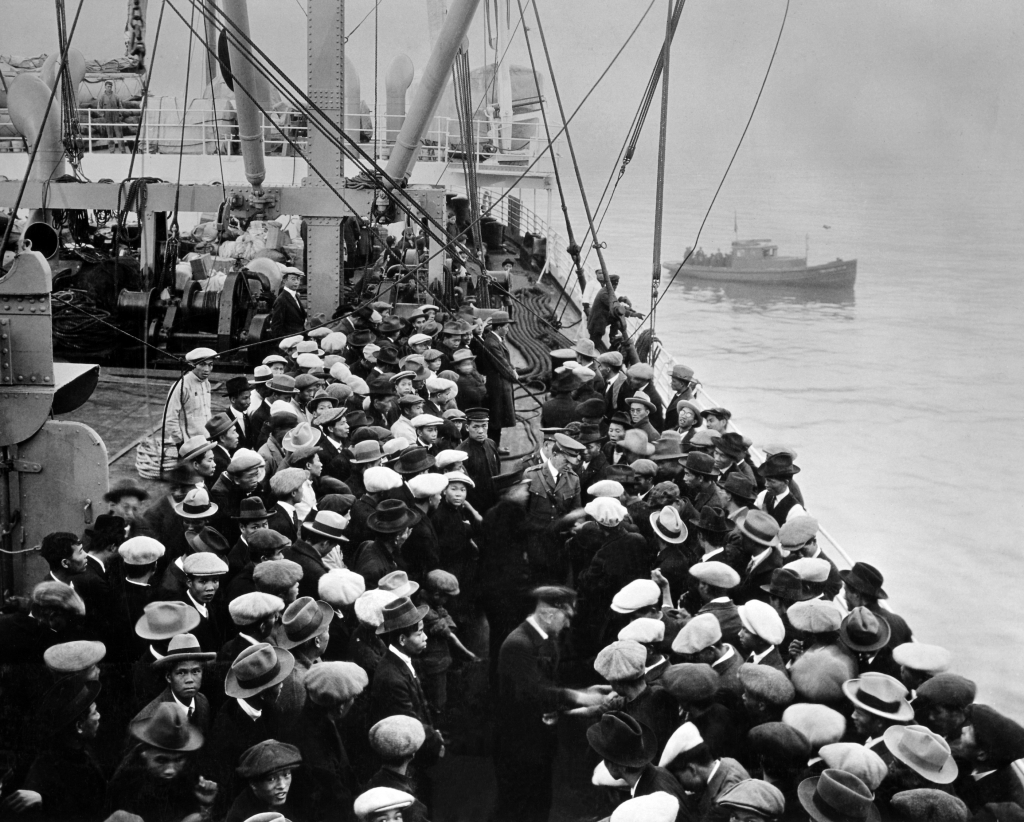 Philadelphia is famous for its diversity and large immigrant populations. Taking a trip to Philadelphia, visitors are able to experience the phenomenon of ethnic enclaves by visiting Little Italy, Chinatown, and Little Saigon. Philadelphia’s diversity makes it a prime example of cities with ethnic enclaves. However, these communities are not unique to Philadelphia or even the United States. Ethnic enclaves can exist anywhere in the world where there is a significant number of immigrants, and Latin America is one of the most diversely populated regions in the world. Since the age of exploration, Latin America has attracted European explorers, who ultimately sought to exploit Latin America’s riches. Throughout the decades, the continent remained attractive to migrants from all around the world who sought economic opportunities, refuge, or adventure. Amidst new languages, traditions, and cultures, these immigrants sought refuge with others who shared their experiences and nationalities, creating ethnic enclaves present to this day.

São Paulo, Brazil is a city known for its cultural diversity. As many as 81 percent of students at the University of São Paulo reported being descended from foreign immigrants (World Population Review, 2017). Additionally, Brazilians living in São Paulo often are descended from immigrants of two or more countries. The media network Al Jazeera estimates that approximately one million of Brazilians in the state of São Paulo are of some Japanese descent (Kestler-D’Amours, 2014). Large migrations of the Japanese to Brazil in the early 1900s marks the reason for this. Following Brazil’s abolition of slavery in 1888, Brazilians needed a new source of labor to work on its coffee plantations. Initially, Italian immigrants filled this need, resulting in a large Italian population in Brazil, with over 50 percent of the population in São Paulo being of Italian descent (World Population Review, 2017). However, after the Italian labor force began to integrate into Brazilian society, the Japanese took their place as the new source of migrant workers. Beginning in 1908, Japanese workers and their families began migrating to South America, resulting in about 245 thousand Japanese migrant workers by the year 1941 (Hotaka Roth, 2002). With a plethora of foreign immigrants living in Brazil, the Japanese community of São Paulo created an ethnic enclave in the Liberdade district of the city to preserve their culture and identities, as well as find solace from language barriers and racial prejudice. Milena Veselinovic of CNN describes the district as being almost identical to downtown Tokyo, describing the “bright red torii gates of Shinto shrines line the streets, and myriad Asian restaurants and supermarkets display advertisements in Japanese characters” (Veselinovik, 2013). Despite a much lower number of Japanese immigrants to Brazil today than in the early twentieth century, the neighborhood still is home to about 600 thousand people of Japanese descent (Veselinovik, 2013). Although language barriers and racial prejudice against those of Japanese descent is no longer deterrent for Japanese Brazilians to leave their ethnic enclave, the shared food, traditions, and heritage provide solidarity for the residents.

Brazil is not the only place home to ethnic enclaves for Asian immigrants. Barrio Chino in Mexico City is home to many Chinese, Korean, Indonesian, and Filipino Mexicans as well as immigrants from these countries (Barrio Chino). Lima, Peru and Buenos Aires, Argentina are home to similar neighborhoods of the same name. Though Asian immigrants largely replaced Italian immigrants in the labor force of Latin America, the Italian population did not disappear.

As previously stated, over half the population of São Paulo identifies as Italian. However, Brazil is not the only nation with a significant number of Italian Immigrants. Argentina has a detailed history with Italian immigrants in search of economic prosperity during the economic and political unrest of Fascist Italy (BBC Europe, 2016). “La Boca” neighborhood of Buenos Aires was once a refuge for the many Italians (mostly from Genoa) living in Argentina, and though many Argentines now share the neighborhood, it remains an Italian ethnic enclave serving Argentine pizza nearly identical to the Italian version, and some say that the name “la Boca” is related to the neighborhood “Boccadessa” in Genoa, Italy (Wander Argentina, 2017).

Italians are not the only Europeans to have migrated in large numbers to South and Central America. German immigrants became very common to the continent in the early to mid-1900s. In fact, there is a town in central Argentina, La Cumbrecita, that functions as a German ethnic enclave. Not only does the community have a variety of German foods and pastries, but the road signs are in German, and the town itself looks like that of a German fairytale (Wiley, 2017). Though mainly a tourist destination, the town was founded by German immigrants in the early 1900s who wanted to replicate their homeland in their new home. In a way, all ethnic enclaves are a way to mimic the home country of immigrants.

When talking about migration to the Americas, one must remember the forced migration of Africans to Latin America that caused many horrible human rights abuses, and is a very dark part of Latin American history. Racism and persecution of immigrants can cause the need for victims of these abuses to join together in communities of shared cultures to escape oppression. African migrants to Latin America certainly faced the harshest of these abuses in the Americas. Today, the growing violence in Africa, and the strict European policies on immigration, African refugees are now increasing seeking safety in Latin America. Buenos Aires is home to several ethnic enclaves. La Boca, as previously mentioned, and “Little Dakar”, officially named Once, are now home to a very large Senegalese population (Henao, 2010). Communities like these do not serve merely as tourist traps, but provide hope to persecuted and oppressed individuals.

Ethnic enclaves can seem showy at times. La Cumbrecita has one of the largest cuckoo clocks in the world, and Liberdade puts on traditional japanese shows for the visitors. Every ethnic enclave has one enterprise or another to improve business in touristy areas. However, these communities are much more than a gimmick. Ethnic enclaves serve as a home for immigrants searching solace from oppression, language and cultural barriers, and allow and enable immigrants to preserve their heritage in a new land.