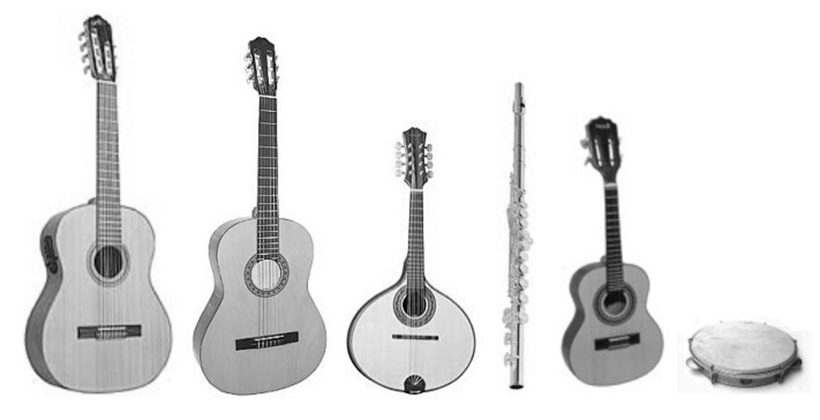 Choro is a form of Brazilian popular music that has evolved over the course of more than a century. Because its origins lie in  the  cultural heritage of the diverse social classes, races and ethnic groups that together make up the Brazilian population, it has come to represent more than just a style or genre. Like samba, carnaval and futebol, it is a symbol of Brazilian national identity, and a unifying cultural force. Choro's popularity in Brazil has risen and fallen in cycles that accompany different moments of political, economic and social history of Brazil.  The choro musician, who began as a particular type of character in Rio de Janeiro has evolved as well, and that evolution continues even today. Outside of Brazil, where there are populations of Brazilian immigrants or interest in Brazilian music, choro groups have popped up - even in the relatively small city of Pittsburgh, Pa, where I am writing this, there is an active choro group, called Choro no Vinho.

Since the end of the nineteenth century choro has played very distinct role in Brazilian people’s everyday life, whether in the spotlight neighborhood bar, a recital in a performance hall, over the radio before a government announcement, or on the internet. It is hard to say the exact date that the word choro obtained its current meaning. Many scholars of Brazilian music believe that it is a derivation of the Portuguese verb "chorar" meaning "to cry." And the term for the choro player, "chorões," may be roughly translated as "weepers" (Livingston-Isenhour 59). Although choro is not generally a particularly melancholy kind of music, the name stuck and is still used today. Some other scholars believe that the origin of word is the African term "xolo," which may have derived from a term for a popular dance form.

As opposed to other Latin American countries and the United States, many African slaves who were brought to Brazil were able to maintain ties to ancestral languages and customs, including musical traditions, so they were able to incorporate and blend these with native and European cultures. Thus, early choro is a mix of at least two cultures: along with its European antecedents, including the European-inspired modinha, which had its roots in simple classical music and Italian opera, choro is also derived from the African-influenced lundu, and maxixe musical forms, both of which were associated with dancing. These African-based musical forms were looked down upon by Brazilian descendants of Europeans (who were both wealthier and whiter) as an inferior musical style, due to the virulent racism that characterized Brazilian society and a general disdain for anything that appeared to appeal to the masses.   When the elite listened to choro at all they preferred to hear it in the more European style, which included a piano in the arrangement. This was unusual at the time due to the high price of a piano, which had long been seen as a symbol of wealth and status.

This early rejection of “Brazilianized” choro by the elite classes did not hinder the growth of choro's subsequent popularity. And although audiences may have been very aware of racial differences, by the first decades of the twentieth century race mattered far less than whether the musician was familiar with the music and could play with great skill. The relative flexibility of this racial barrier also allowed further mixing of musical styles and evolution of different musical styles.

Choro began to gain acceptance and appeal to large swaths of the Brazilian population in the early 19th century and this eventually led to the establishment of the tradition of the “Roda de choro.” Rodas were amateur performances that were often spontaneous, and were held in a variety of places, including parties, private homes, clubs, bars and cafes. The roda de choro had become a hugely popular pastime among the working  classes, and it was in this setting that it developed the great flexibility and improvisation that characterizes it today. In addition, the majority of early choro musicians had day jobs, often as postal workers, policemen or barbers, to provide for their families. Because the average choro players in this “early choro” period were not formally trained or educated, they were often very open to improvisation and changes to the standard instruments and the traditional ways that Brazilian  choro music had been played.

After years of backyard choro and amateur rodas, the early twentieth century ushered in the “rise of choro,” a period that saw the formation of many semi-professional and professional choro bands, including military and presentational groups. The music traveled from city to city, from port to port.  As choro was beginning to emerge as a popular form among a larger portion of middle and working class Brazilians, the elite classes once again developed a newfound taste for it. To a certain extent, the development of choro from this time on, rather than emerging from many anonymous and amateur musicians, now depended on particular exceptionally talented and motivated individuals.

One such exceptional musician, Joaquim Antonio da Silva Calado (1848-1880), is thought of as the “father of choro” since he was the first musician to write specifically Brazilian choro compositions. He was an extremely talented flutist and a well-loved choro player.  In addition, he embodied the mixing of races and cultures in Brazil since he was a mulatto born to former slaves.  In the words of the authors of the most comprehensive study of choro published in the US, “He is considered to be one of the first composers to consciously cultivate choro as a Brazilian genre in opposition to European dominance of the popular arts” (Livingston-Isenhour 68).

Another important early choro player was a woman named Francisca Hedwiges Gonzaga (1847-1935),  popularly known as “Chiquinha.” Chiquinha was exceptional because women, in general, were not given many opportunities nor were highly respected in the world of choro. After a scandalous divorce form a much older man, she met Calado and began playing with him.  This casual mentoring was common among choro players, and was important in the development of the style. Chiquina Gonzaga was extremely popular as a performer, a composer and even an activist for the final abolition of slavery in Brazil (Livingston-Isenhour 72-77).  Her success in this male-dominated music paved the way for other women to be not only singers and dancers, but also composers and players as well.

Ernesto Nazareth (Nazaré), who was born in 1863, and was educated in the classical style of music played piano as well as composed. Nazareth used his expansive knowledge in the field to distinctly mesh African-influenced maxixe sounds with polkas, waltzes and tango-style songs. He was said to be the “heralder of the maxixe, which is to say, of the genuinely Brazilian urban dance” (Livingston-Isenhour 36). By incorporating these elements of Brazilian national culture, Nazareth helped “give choro its musical individuality by utilizing rhythmic, melodic, and harmonic elements in combinations and proportions that were original and distinct from everything that had come before and that sounded totally different from all other styles of Brazilian music” (Gilman 1).

Perhaps the most influential of the early choro players was Alfredo da Rocha Vianna Jr. (1897-1973), best known by his nickname “Pixinguinha.” Afro Brazilian himself, he developed his distinct style by making connections to both African music and North American jazz and established himself in the choro world alongside his brothers from an early age. Pixinguinha ascended in the music world at a time in which the upper classes became curious and interested about peering into the underbelly of the city of Rio de Janiero. He formed a group called “Os oito batutas (The Eight Batons)” that enjoyed a great deal of success. This band incorporated new instruments and techniques to liven up and modernize the traditional choro as it had been played by his predecessors. Pixinguinha’s band's popularity and reputation even earned them the status of “musical ambassadors” of Brazil (Livingston-Isenhour 92). This was important because at the time, Brazilian national identity was relatively undeveloped and this music was one force that could unify many races, classes and ethnic groups. After traveling around the world, recording a huge body of music and cementing his place in choro forever, Pixinguinha is now considered one of the most influential and important choro composers ever. He produced an extraordinary amount of music and inspired many others to experiment and further develop choro.

Choro, in some ways, is to Brazil what tango is to Argentina and jazz is to the United States. That is, it is closely associated with the country and the diverse people from which it emerged. It incorporates the various cultures that make up the Brazilian population: especially the European and African musical traditions. In the earliest days of choro, players were mostly amateurs, and sometimes anonymous. But with the increased popularity of the music, it became a profession and exceptional musicians stood out from the rest: Calado, Chiquinha, Nazareth, Pixinguinho, all helped to advance choro music and make it a powerful symbol of Brazilian national identity.