Petrobras is embroiled in arguably the greatest scandal in Brazilian history. The story goes something like this: At its peak, Petrobras was spending nearly $20 billion a year on new construction projects.  The executives responsible for awarding contracts had formed a cartel with some of Brazil’s largest construction and engineering firms. These firms would decide which one of them would win a contract, and then would add 1-5% more money onto the bid price.  The extra money would then be embezzled and distributed among the cartel [7]. Money made its way to foreign bank accounts and politicians’ pockets, a sum of nearly $450 million between 2011-2014. Not only have the executives of the cartel been arrested or investigated, but the top levels of the Brazilian government are also heavily involved [8]. President Dilma Rousseff is implicated, and facing impeachment in connection to the arrest of many of her close political allies and her campaign’s reported financing using cartel dollars [13]. Petrobras, once a highly sought after stock for foreign investors has lost over $50 million in stock market value since the scandal first broke in late 2014. With indictments and arrests picking up steam in the summer of 2015, Petrobras has now written off $17 billion in losses, and severely dented the Brazilian stock market [9]. Once the fifth highest valued company in the world at $310 billion, Petrobras now stands at a mere 10 percent of its former self [12]. Its latest blow, a recent plan to issue nearly $1 billion in financing has fallen through due to lack of demand as a result of its questionable business practices.

The downside to the Petrobras scandal does not stop there.  Since Petrobras is controlled by the State, many construction and engineering firms have been blacklisted from future contracts due to their association with the scandal [8].  The result: Multiple bankruptcies and thousands of layoffs.  Over 35,000 people have lost their jobs, and economists suspect total economic losses to the State would total over $27.1 billion [10].  According to Forbes, faith in Brazilian investing is shaken, and the S&P has just recently downgraded Brazil’s credit rating to “junk grade” due in large part to the political uneasiness that has resulted from the Petrobras scandal and its incrimination of the Brazilian government [11].  Quite simply, this scandal has changed the world’s economic view of Brazil.

Brazil is the largest country in Latin America and is a member of BRICS, a group of countries including Brazil, Russia, India, China, and South Africa that were identified as major emerging economies in 2001 [3]. Between 2000 and 2008, Brazil’s annual GDP growth was 3.7 percent [4], higher than that of the United States during the same period [1].  One major reason for this growth was the export of natural resources, including oil.  In July of 2000, the West Texas Intermediate price per barrel of oil was $41.11; in July of 2008, that same barrel of oil was worth $144.78 [5].  In the mean time, the oil and gas sector increased its share of Brazil’s GDP from 3 percent in 2000 to 12 percent in 2010 [6].  However, the explosion in this sector’s share of Brazilian GDP is worrisome in terms of export diversification.  The reliance on one commodity subjects a country to boom and bust cycles, as evidenced by the growth exhibited in the early 2000’s.  This particular commodity, oil, is even more worrisome in the context of Brazil, because one company, Petrobras, dominates the market.

What happens next in Brazil is hard to tell.  Most likely, foreign direct investment will slow down as investors weigh the downgraded rating of the country and as unknown ripple effects of the large write-offs and outstanding debt take place.  Brazil’s problem with corruption has been blown into the open with the Petrobras scandal; future development is put at risk, and will almost certainly be slowed down.  Brazil’s response will potentially change the country forever; eliminating corruption would enable the government “to triple the amount it spends on public health and lift 10 million people out of poverty” [7]. The world knows the good this would do, but does Brazil? 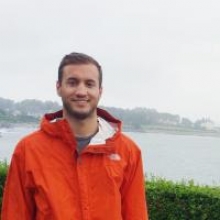 Matthew Yanek
Matthew Yanek is a senior Economics and Environmental Studies major at the University of Pittsburgh. He has travelled to Panama and Honduras to promote sustainable development through Pitt’s Global Brigades. This article was written as part of the course “Latin American Economic Development,” a writing seminar offered by Professor Marla Ripoll at the Department of Economics.