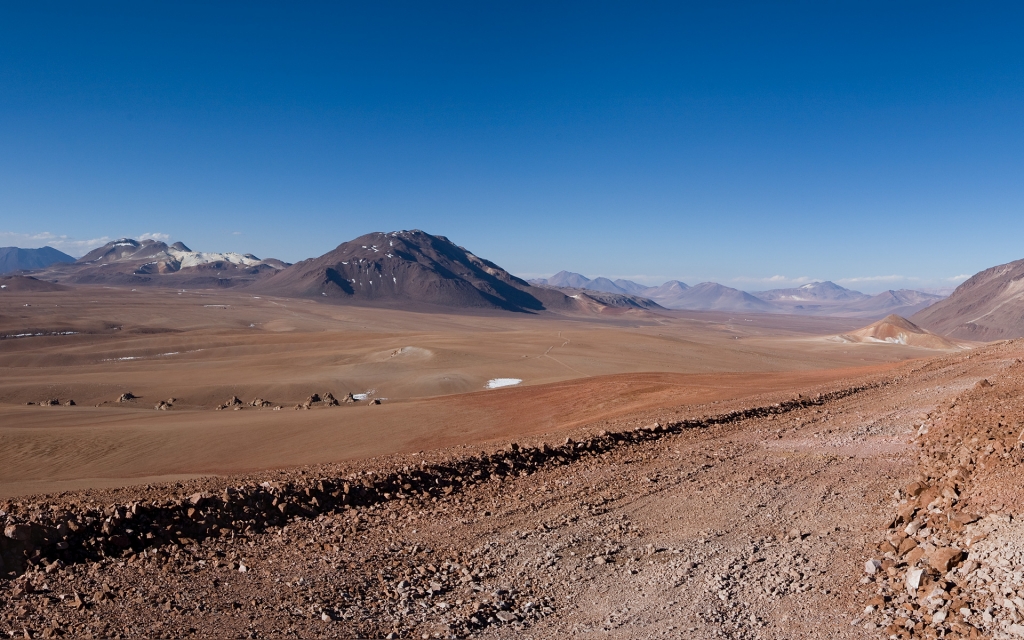 Before we even meet the miners, Hector Tobar introduces us to a figure who is already quite familiar to us all: Charles Darwin. After depicting the mostly barren land and unrelenting sun, Tobar emphasizes just how lifeless the Atacama Desert––the setting for this story––really is:

“The vastness of the Atacama and the absence of animal life surprised Darwin, and in his journal he  described the desert as “a barrier far worse that the most turbulent ocean.” Even today, birders who pass  through this part of Chile note that there are few if any avian species to be found. In the deeper desert, the  only conspicuous living presence is of mining men, and the occasional woman, riding in trucks and  minibuses to the mountains where there is gold, copper, and iron to be extracted.”1

Darwin, the discoverer of natural selection, of survival of the fittest, visited the same region of the world in which the 33 miners at the heart of this story choose to spend their lives, a region in which hardly any wildlife thrives and water has not fallen in some parts since “record keeping began.” And yet somehow, not only have millions of people lived off of the dry, arid land of the Atacama––the 33 miners have survived the closest place to Hell on Earth: 2,300 feet below the Earth’s surface, where darkness and heat consume. While the Atacama is not biologically life-sustaining, it is economically; it is this same desert that has provided vast swaths of wealth, first, to the Spanish crown, and later to private mine owners and the Chilean government.

That is why this story is so extraordinary. It juxtaposes Darwin’s theory of survival of the fittest with the story of hope that this story exudes. If we apply Darwin’s theory to the miners, by most accounts those miners would not be alive today. But they are. We all know the ending to this story; the miners’ rescue was televised globally. What we don’t know is how they survived. I’m not entirely sure any one perspective can really answer that question: not Hector Tobar, not geologists, not politicians, not the miners themselves. But through all three, Deep Down Dark tells a true story of hope that does not end with the Hollywood happy-ending.

That they all survived is a feat of nature in itself; the accounts of the miners as told by Hector Tobar help us feel what the miners went through, and continue to go through: their physical, emotional, and mental toils. Thankfully, and tastefully, Tobar avoids using exorbitant amounts of flowery language; he keeps to simple descriptions and the words of the miners to inform the story. After all, in the end, the story of survival is not terribly complex; there are only two possible end results.

This survival story is one worth reading, for not only does it depict strength and courage; it also shows how it is only after a miracle does the real tragedy unfold.