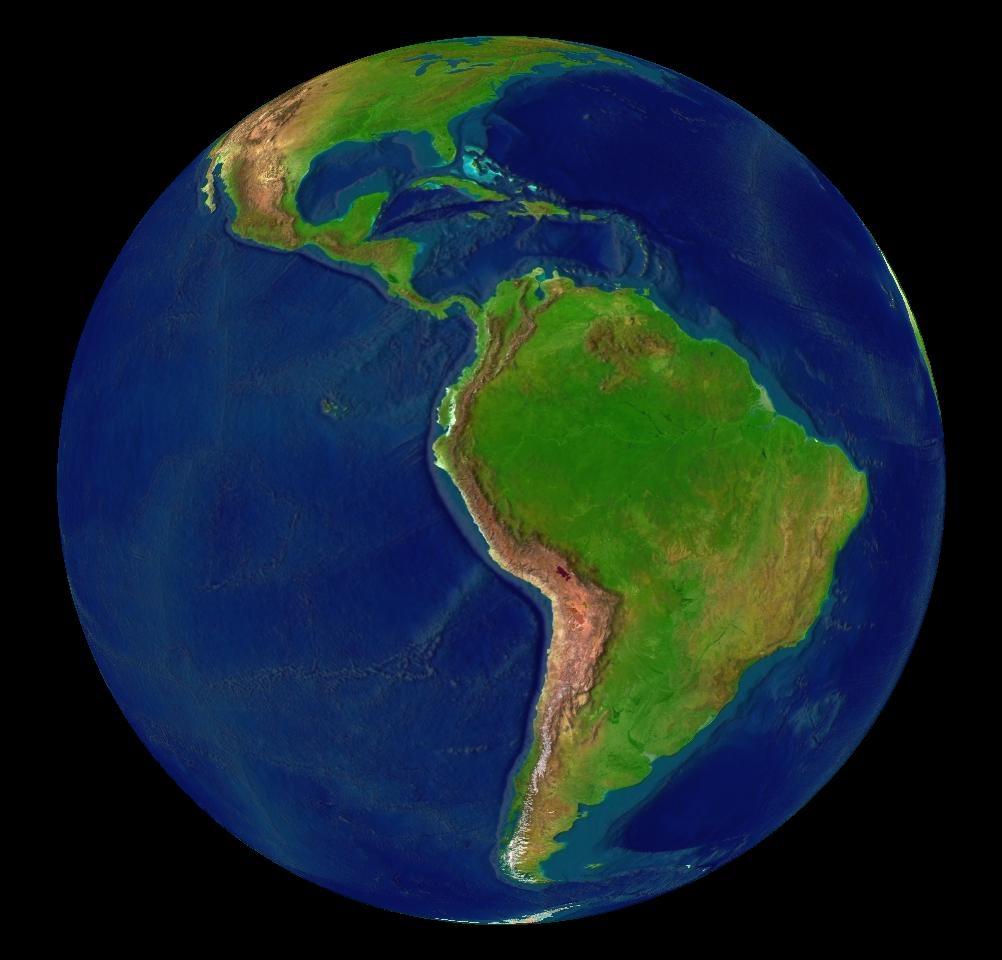 Latitude is defined as “a measurement on a globe or map of location north or south of the Equator” (Encyclopaedia Britannica, 2018). A unit of measurement created by the Ancient Greeks using astronomical observations, latitude was created to aid sailors in navigation. Thousands of years later, just as Medieval Christians believed that the Earth was the center of the universe, so too did European cartographers believe that the center of Christianity was positioned higher on the map of the earth than other ‘heathen’ countries. This depiction of the globe with Europe, North America, and North Asia above the equator, and the rest of the world drawn below the equator, is still in use today, and has indirectly led to an arbitrary feeling of superiority from the Global North. Now it is known that not only is the direction in which we draw the world is arbitrary, but the size of countries on the globe are quite skewed. Perhaps just as skewed is the way in which the Global North considers the Global South “Third World Countries”. Many people use the term “third world country” to describe any country that is not a part of the so-called Western World. The term “Third World” was originally created during the Cold War to describe nations that were not aligned with NATO or the Communist Bloc. Today, any country that is considered poor or underdeveloped has been roped in to embody the title of a Third World Country, generally, the countries below the equator. Certainly, the countries often considered to be Third World do have more impoverished people, less educational opportunities, and smaller economies. However, the term has created a misguided idea that the Global South is inferior to the Global North. U.S. President Donald Trump has on many occasions publicly disrespected such countries, going as far as saying “Why are we having all these people from shithole countries come here?” in reference to the people of developing nations (Dawsey, 2018). Latin America is a region whose countries are often considered Third World countries that are less developed than the United States and much of Europe. However, despite the exploitation of Latin American resources and governments by “First World Countries” many Latin American countries are much more “First World” than the Global North chooses to see.

According to the Happy Planet Index (calculated from three components: Perceived well-being, life expectancy and ecological footprint), Dominica and Costa Rica are the second and third most happy countries in the world. Other Latin American and Caribbean countries follow closely behind, while most European countries do not show up until around number 80, and the U.S. is ranked low as number 144 (Murray, 2002). In terms of scientific advancements, Third World countries seem to be doing just as well as the Global North too. In the past several years, Costa Rica has run almost entirely on renewable energy, and is one of the only countries in the world to be able to do so (Chow, 2017). Nacho de Marco, CEO of the highly ranked technology Service company BairesDev explains that “through government initiatives, private investments and the drive of local citizens, these countries [Latin American countries, particularly Colombia, Argentina, and Mexico] got involved in the technology race and now produce IT talent that matches the level of those in first-world countries” (De Marco, 2018).

The Global South is often roped into being made up of Third World countries due to their location on a unit of measurement created by Ancient Greek sailors and the maps of Medieval Christian Cartographers. This outdated and misused term to describe Latin American countries as well as other developing countries gives the misconception that Latin America is lacking in areas in which the U.S. and Europe excel. Nations that the world has come to view as Third World Countries are often more First World than the Global North chooses to see, and in turn, the Global North is often more Third World than they like to believe.