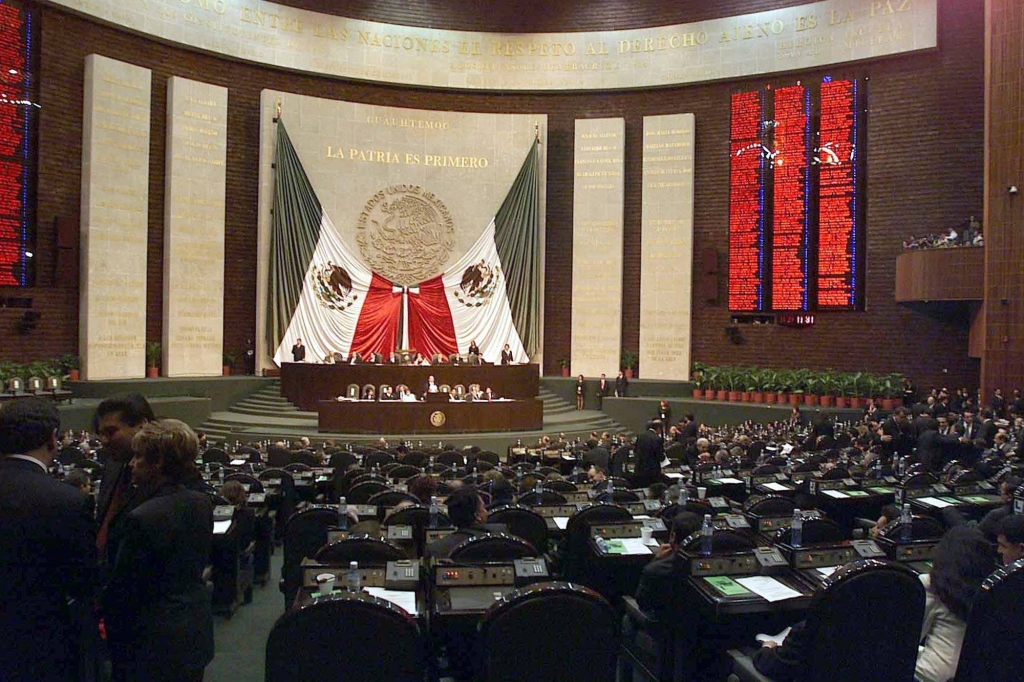 Hegemonic party rule in Mexico relegated Congress to the role of rubber-stamp for most of the twentieth century. The secondary role of the legislative branch was parallel with a general lack of resources and interest for citizens and scholars to track the behavior of legislators. In recent decades, roll call votes were not published in the Diario de los Debates—the chamber’s equivalent to the Hansard in Westminster systems or the Congressional Record in the U.S.—only total vote counts at the end of roll calls, producing opacity in the legislative process which benefitted the Institutionalized Revolutionary Party’s (PRI) institutions of ruling.

The gradual transition to democracy reestablished constitutional authority that Congress has vis-`a-vis the executive. With maximum majority size capped at three- fifths of the lower chamber and a loss of electoral competitiveness, the PRI required opposition for constitutional amendments required by the Salinas administration’s ambitious reform program. And it was in 1997, when the PRI lost the majority of seats in the lower house of Congress, that scholars started to formulate questions about the legislature and its systematic role in the policy-making process (e.g., Cantú and Desposato 2012; Morgenstern 2003; Morgenstern and Nacif 2002; Rosas and Langston 2011; Weldon 1997, 2005). Accompanying this congressional revival has been a rise in the available data for its study. Resources like the roll-call votes are published in the Congress’ website since November 1998. This information is the most common tool to analyze legislative behavior across the world, and provides citizens an instrument for holding deputies accountable.

Published roll-call votes from the critical period of 1997–2006, however, represent a subset only of all floor votes—about three-fourths. This discrepancy and apparently selective release of roll-call votes poses a series of challenges to understand congressional behavior. Are the published roll-calls representative of the vote universe? If not, extant Mexican legislative politics research during this period would be distorted. This article examines the nature of the data available for studying this critical juncture in Mexican politics. We investigate the case of the incomplete votes to answer how they went missing and whether or not their omission brings bias.

Our research suggests that these data are statistically indistinguishable from the broader population of roll-call votes. This suggests that we can study the 1998– 2006 period without concern for the quality and nature of the sample mechanisms. The implications of our analysis rule out a selective omission of the roll-call votes and explains this problem as a result of lack of resources rather than opacity in the accountability system.

1 The Gaceta and missing votes

To understand why and which votes are missing, we must first explain how roll- call votes are recorded in Mexico. There are three relevant sources of information for citizens and scholars. First, the Diario de los Debates (Diario, for short), is the official record of activity in the Mexican Congress. When the members vote on a potential law, the Diario records the type of vote that took place, and whether or not the motion passed. Unfortunately, the Diario does not record how each member voted, just that there was a vote, whether the bill was passed or defeated, and the total “yea”, “nay”, and other votes by each party. Thus, theDiario provides a complete list of votes - but does not reveal how individual members voted. Second, the Gaceta Parlamentaria is a web-accessible repository of documents and information relevant to the day’s business. The Gaceta contains much useful information for legislators, parties, and the public, but is not a complete record of everything that happens. The Gaceta staff decides which votes will be published here for public review and which will not, and has regularly excluded many votes from its database. Third, there is a new internet data source, the Parliamentary Statistics Information Service (INFOPAL), which was created in 2006. INFOPAL does make public all legislators’ positions on all roll-call votes - but INFOPAL was only established after the critical 1997-2006 period. Thus, post 2006, all votes are available on INFOPAL. Prior to 2006, scholars only have (a) a list of all votes and vote totals in the Diario and (b) actual votes by individual legislators for just a subset of votes in the Gaceta.

Were some votes deliberately hidden from public view? If so, this weakens Mexican representation and also makes it much more difficult for scholars to examine and understand the critical transition period from 1997 to 2006. Our research on this topic tested for bias in the publication of Gaceta votes - whether the votes released by the Gaceta are typical of all votes and can thus be examined as an unbiased historical record, or whether they were selectively chosen and thus present a biased view of the transition period.

Table 1 compares the universe of 2,897 votes in the 1998–2012 period to the 2,439 Gaceta-reported—Gaceta missed nearly 16 percent of all roll calls. Votes are grouped in six categories. The most common are final passage votes, followed by amendments to bills. Procedural votes establish rules for examining and voting on issues. Position-taking bills resolve to immediately include a point of agreement, such as asking the Finance Ministry to grant interest-free credits to hurricane victims, in the day’s order. Private bills authorize citizens to work for and accept honors from foreign governments. Finally, presidential trips out of the country must be approved by Congress and represent the last type to vote. Overall, from a descriptive standpoint, the types of votes unreported by the Gaceta are markedly different from the universe of all votes. The largest difference is that Gaceta votes overrepresent Final Passage decisions, and underrepresent Position-Taking, Procedural, Private Bills. We now report on our analysis of these votes and tests for bias.

Ideology scores, portrayed in Figure 1, are consistent with previous ideal point estimations of the Mexican Chamber of Deputies (Rosas and Langston 2011), major party deputies manifesting slight dispersion around the vertices of an approximate isosceles triangle. The exception is the PRD, about half of which pulled further west in the 60th Legislature, en bloc with most of the minor PT: this was the López Obrador’s faction, who did not concede after the 2006 presidential election and began a vocal anti-PAN campaign while the rest of the party often negotiated with other parties. The López Obrador’s faction lost control of the party leadership, leaving it with a diminished, but more radical contingent in the 61st Legislature.

Figure 2 compares, one dimension at a time, ideal points estimated with all votes to those estimated with Gaceta-reported votes only for 2006–2012. If Gaceta scores are valid and representative, the data should fall close to a 45 degree line. With one exception, the match is near perfect. The exception is the second dimension of the 60th Legislature, where some parties, notably a large group of the PRD, appear somewhat more radical when estimated with Gaceta-only votes than when estimated with all votes. This is odd, given that Gaceta excludes a large number of position taking and amendment votes, which ought to exert a centrifugal, not centripetal force. We also found that Gaceta’s selection mechanism results in a higher proportion of unanimous, or nearly unanimous votes than overall. Dropping these uninformative votes for ideal point estimation, likely drives the PRD’s less moderate positions in Gaceta bills. Yet, even in this case, the general match between ideal points estimated with Gaceta-reported votes only is not very different from those estimated with all votes.

We also examined the extent to which this variation could simply be caused by differences in sample size. Since Gaceta reported a subset of votes, the estimates naturally have less precision. Thus, any differences could reflect sampling variation rather than bias. We reached two main conclusions. PAN and PRI deputies are generally less sensitive to sampling than PRD and small party deputies. And extremist deputies appear more moderate when using a sample than when using the full vote set. Besides the additional caution needed to interpret the ideal scores for this group of deputies, we found no significant differences in the estimates.

We lastly went after party cohesion differentials in Gaceta and in Diario (all) roll calls. Gaceta indeed publishes slightly less controversial decisions, possibly avoiding some that in fact split the major parties. We therefore contrasted party cohesion scores on Gaceta and on all votes. Permutation analysis, which controls for random sampling, found that, in almost all cases, there were no significant differences exist. Missing votes were neither more nor less controversial within parties than typical votes. One of eight years examined had a significant difference. While this warrants further examination, we interpreted it as false positive, or Type I error.

Mexico’s democratic transition has been accompanied by a rise in scholarship on political institutions, including the Congress. Since 1997, no single party has held a majority of seats in the Chamber of Deputies, and Mexican Presidents’ dominance of the legislative branch has ended. The result is a newly empowered Congress, which is in the process of developing institutional capacity and professionalism.

Along with learning how to defy the executive power and create procedural instruments for negotiating the enactment of the budget, the public release of the roll-call votes offered evidence of how the new Mexican Congress matters in policy. But, given that not all roll-call votes from the critical transition period of 1998–2006 have been publicly released, such conclusions could well suffer substantial bias.

We find that the Gaceta’s missing data is as if at random—omitted votes seem due to the Congressional staff’s limited resources, not to deliberate opacity. Work with the information available from the published roll-call votes produces unbiased ideal point estimates and cohesion scores for the 1998–2006 period.

Roll call votes for the Mexican Chamber of Deputies, and code to download, prepare, and analyze the data can be found athttps://github.com/emagar/dipMexRepo.

1. This article summarized research previously published in Política y Gobierno. Eric Magar expresses gratitude to Mariana Meza Hernández and Lucía Motolinía, for research assistance, and to the Asociación Mexicana de Cultura, A.C. for funding part of his research. Mistakes and omissions are the authors’ responsibility. 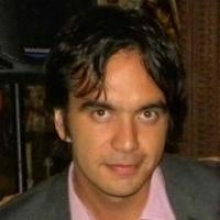 Francisco Cantú
Francisco Cantu is an assistant professor in the department of Political Science at the University of Houston. He earned his Ph.D. from the University of California, San Diego in 2013. His research interests are comparative politics, political economy, and quantitative methods. His current research projects include detecting different forms of electoral manipulation in developing democracies; measuring the effects of vote-buying in Latin America; identifying the effects of perceptions on electoral integrity in Mexico; and analyzing the consequences of elections in non-democratic countries. Webpage: http://fcantu.net/