Chiva? Chido? Guay? What’s so cool about the word “cool” in Spanish? 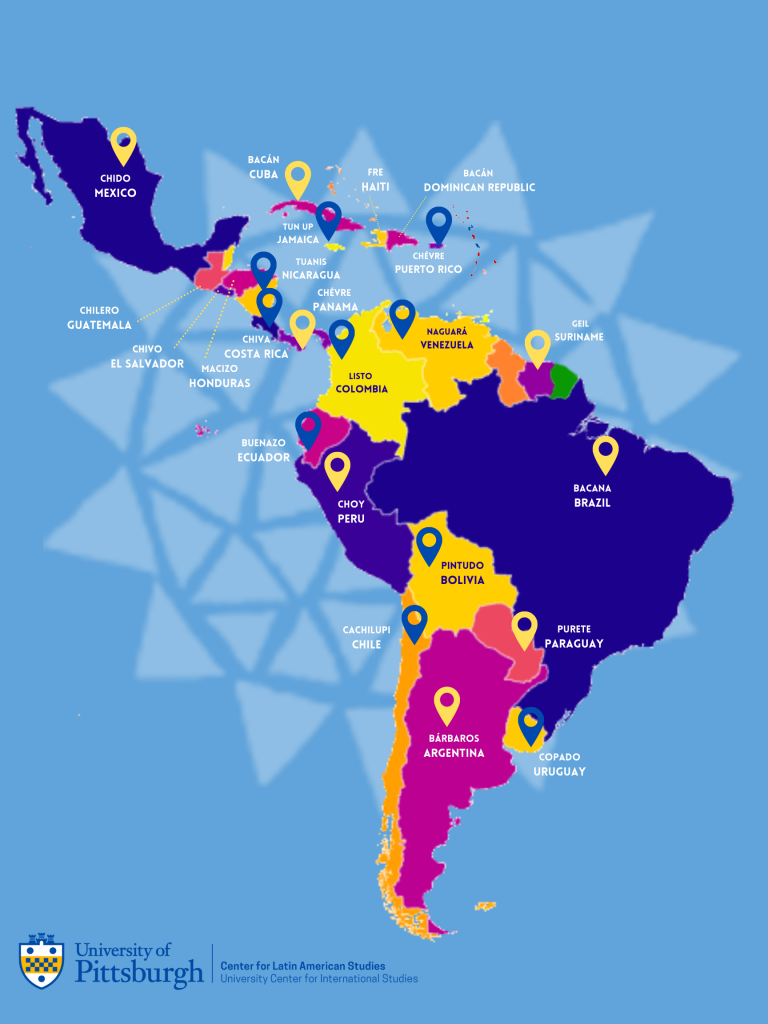 It is estimated that there are roughly 580 million Spanish speakers across 31 countries (Ardila, 2020). Because the language spans from the Iberian Peninsula to Africa to North and South America to many island nations, it is no surprise that there are certain variations of Spanish in each region. “Dialects” are differences in pronunciation, intonation, and even certain words themselves that exist within different branches of the same language (Khodorkovsky, 2020).

This idea of dialects is not unique to just Spanish, but to all languages. Even in English, variation from British to United States English is considered dialectal. Spanish, however, is unique simply due to the vast quantity of dialects that are spoken. In Latin America, specifically, the variability arises from an extensive history of culture blending. Whereas many Caribbean dialects have African influences – an effect from the slave trade centuries ago – the numerous Indigenous tribes of Central America have certain dialects to maintain heritage, even if Spanish has influenced a change in the language (Del Castillo, 2012; Lipski, 2009). In many Southern U.S. states, Mexico, and Puerto Rico, the adoption of Spanglish is extremely common today due to proximity and migration. Despite these many differences, many Spanish speakers still understand each other as they travel across borders and the dialects change. Although discrepancies and misunderstandings are common, it is within the similarities of the dialects and the sense of shared history and culture which unites many Latin Americans.

Most interestingly is the dialectology of the word “cool” and how it changes across and even within each country of Latin America. Slang words like “cool” are incredibly versatile tools for conversation. This is due in part because of the many connotations that “cool” can have. The word “cool” has functions ranging from things that someone likes to an affirmation or even a description of someone (Kreisa, 2021). In Spain, “guay” is the indisputable choice to mean “cool” (Lewis, 2019). Although most words with similar meanings between dialects look similar, almost no other words for “cool” looks like “guay” in the realm of the Spanish language.

One of the most common words for cool is “chido”, primarily used in Mexico. Moving South into Guatemala, a slight dialectal change shifts “chido” to “chilero” (Kreisa, 2021). In Costa Rica, the natives use “chiva”. Finally, in Peru, it is common to hear “choy”. Unlike with “guay”, there are clear similarities between all of these words. As each dialect has developed, the shared /ʧ/ phoneme – or “ch” sound – has remained constant. Over time, the separation of cultures allows for these shifts in language and begins to define certain groups of speakers. A similar “ʧ” is seen in the Caribbean. In Puerto Rico, the word “chèvre”, meaning “cool”, is believed to be derived from a blending of Spanish and African influences (Lipski, 2009).  Nonetheless, there appears to be a certain commonality among all these translations that most likely comes from a root of origin. Some scholars propose that “xidu” – with the x maintaining the “ʧ” sound – could be this lost word. “Xidu” originated from the Andalusian Spanish that is thought to have been integrated with many Indigenous languages such as Nahuatl and Quechua in Latin America (Lipski, 2014).

Some translations are shared across countries, showing the range of dialects and how different countries utilize a blend of language. In Chile, Colombia, Peru, and even Cuba, many speakers will use “Bacán” to express that something or someone is “cool” (Kreisa, 2021). In Central America, Nicaraguans, Hondurans, Costa Ricans, and El Salvadorians commonly say “tuanis”. Many countries, moreover, have their own, colloquial translations of “cool” that are unique to the people. Argentinians use “piola”. For Venezuelans, it is “naguará”. In Chile, “cachilupi” is a favorite. Despite that these words are all constructed and sound quite different, they maintain a similar meaning, expressing just how complex the Spanish language can be. With so many different speakers from so many different areas of the world, es muy “buenazo” – as they say in Ecuador, Peru, and Costa Rica – that the word “cool” is so universal.

Del Castillo, N. (2012). NAHUATL: THE INFLUENCE OF SPANISH ON THE LANGUAGE OF THE AZTECS. Journal of the American Society of Geolinguistics, 38, 9–23. https://www.geolinguistics.org/geo38/GEO-38-Castillo-art.doc.pdf