The Brazilian government has placed its bet on Amazonian hydroelectric infrastructure as a key piece of its clean energy future. A national discourse about the green economy and sustainable development surround such large development projects today, despite the long and distressing historical track record of building large dams in the Amazon. This far from inspirational legacy includes the Balbinas, Samuel, and Tucuruí dams, built in the 1970s and early 1980s, all of which entailed dire social and ecological consequences, in addition to disappointing energy productivity yields.  Still, building dams in the Amazon has not lost its appeal. In fact, Brazil currently plans to build around 30 large dams in the Amazon region.

How can we make meaning of the disconnection between Brazil’s articulated notions of sustainable development and its construction of large Amazonian dams? What do such developments mean for the environmentally concerned and rights-oriented social movements in the Amazon and transnationally? My recent research, published in International Environmental Agreements: Politics, Law and Economicsand in the Journal of Latin American Studies, tackles these questions through focusing on one particularly fraught Amazonian dam, the Belo Monte hydroelectric project. Belo Monte is slated to become the world’s third most productive hydroelectric dam when operating at full capacity, behind only China’s Three Gorges dam and the Itaipu dam, located at the Brazil/Paraguay border.

Belo Monte is a keystone project for gaining the national energy production that Brazil aims to achieve. Located along the Xingu River near the city of Altamira, Pará, construction work is ongoing for the Belo Monte project, though the legal contestation over the project is happening simultaneously. The Belo Monte project has involved a long history of civil society opposition, which most notably involved a historically large gathering of indigenous peoples in 1989.

In my recent article in International Environmental Agreements, I argue that opposition to the Belo Monte project weakened over time through the successful deployment of the green economy framework by the Brazilian state. Through strategic maneuvers aimed at marginalizing and fracturing opposition groups, longstanding networks of activists divided in their allegiances. Some groups became more willing to accept the dams and negotiate benefits for the region while other groups maintained hard line and oppositional stances against its construction. Drawing upon a neo-Gramscian framework, I analyze the case of Belo Monte using the theoretical concept of the passive revolution. The state effectively engaged in a reformist process of change from above, consolidating hegemonic control through a program of material and discursive structures framed around the national interest.

While gaining extensive concessions from relatively weak groups within the hegemonic order, the state consolidated its control over time, and managed to use the green economy and clean energy discourses effectively to conceal contradictions within those discourses and within its own democratic system. Much of the explanation for how this occurred has to do with the affinities between long-standing social movement groups in the region and their allegiances to the PT party. In addition, opposition groups are frequently framed in public discourse by governmental officials (including Minister of Mines and Energy Edson Lobão and former President Luiz Inácio “Lula” da Silva) as an impediment to the democratic will of the country. Accusing anti-dam activists as naïve and obstructionist, the government is discursively and materially combative against civil society groups that stand in opposition to the project. This is evidenced in attempts to spy on the Belo Monte opposition groups, and criminalization of activists and journaliststhrough false accusations of wrong-doing. Material inducements, too, have managed to gain the acquiescence of many indigenous groups in the region, despite charges of ethnocide against some of the tribes, brought on by the “emergency benefits” packages that the construction consortium has offered.

In the Journal of Latin American Studies, I showed how Brazil’s own environmental laws and agreed-upon human rights commitments were undermined as the Belo Monte project moved from planning stages into implementation. Amidst considerable legal contestation over the dam, two high-level officials at IBAMA, Brazil’s environmental agency, resigned over poorly conducted environmental impact assessments and licensing irregularities. Brazil was found guilty by the Inter-American Commission on Human Rights in 2011 of violating indigenous people’s rights to free, prior and informed consent. I offer several explanations in the article for why environmental and human rights norms seem to be backsliding in Brazil, rather than becoming more deeply entrenched, as other theories of norm diffusion would hold. The explanations include the complexities of domestic political alignments, the effective use of wedge issues to fracture social movement activist alliances, as well as the strong role of the BNDES, or Brazilian National Bank for Economic and Social Development (which is financing around 70% of the 14.4 billion dollar project). The stability of the Brazilian government’s democracy and the technocratic nature of the current Brazilian political system also play notable roles. They have considered the more controversial elements of plans in the form of decisions made behind closed doors. In addition, through creating expanded loopholes of “preconditions” in the licensing procedures, important social and ecological considerations are relegated into relatively un-enforceable standards. Ultimately, this means that the state can use back-door measures to circumvent its own legal structures. Doing so has allowed Brazil to follow the perceived imperatives of economic development and to construct the dam, while diluting or undermining its own environmental and social safeguards and legal protocols in the process.

Brazil’s embrace of the green economy has meant a certain amount of contradiction and even repetition of historical failures. For four decades, the Brazilian government has aimed to connect its national energy grid, so that the robust Amazonian river systems might offer renewable energy at just the time when the dams in the south of the country were least productive. Already operating at an impressive level of obtaining 80% of its energy from renewable sources, connecting dams in the Amazon to transmission systems running across the vast territory of the nation seems to promise greater energy security and bolsters sustainability claims.  Leaders are convinced that more energy generation is necessary to keep pace with increasing demand in the country. In governmental discourses, Amazonian dams provide clean, stable, renewable energy for the nation, without the negative social and environmental costs. Large dams are alsoincreasingly important parts of the World Bank’s renewable energy portfolio. Technology, too, offers hope; many large dams – including Belo Monte – are designed as run-of-river dams, meaning that they entail less reservoir area and are in some ways less environmentally damaging than dams of the past. At the same time, a growing scholarly literature heralds the rise of a renewed developmental state in Brazil. Many have celebrated the rise of the green economy as a substitute for the much-maligned framework of sustainable development. The renewed democratic developmental state is seen to actively guide economic growth and welfare, while strengthening human capabilities and fostering sustainability through citizen engagement. Through the framework of the green economy, the hegemony of state power and capital interests become consolidated.

Despite these trends, the Belo Monte case calls into question the compatibility of merging sustainability and citizen engagement into the democratic developmental state. Aside from several years’ worth of trouble with human rights courts and the rising concerns of environmental activists, Brazil’s ability to uphold its role of social protection is looking increasingly dubious. Recent news about the project offer warnings. The dam will displace some 20,000 people, and as the demolitions of their homes are taking place, human rights violations and broken promises abound. Brazil’s corruption investigations from the “Lava Jato” scandal are spreading into corruption investigations concerning the Belo Monte construction companies. Recent reports raise serious doubts about the economic viability of the project. To make matters worse, the severe droughts affecting the south of the country call into question the feasibility of such substantial dependence on a water-based energy matrix in the first place.

Despite this host of concerns, there are plans already underway to construct Brazil’s next-largest dam. It is slated for the next river west of the Xingu, the Tapajós River, and will be an 8,040-megawatt-capacity plant called São Luiz do Tapajós. There are a total of seven dams planned for the Tapajós River, in fact.Munduruku indigenous groups are already denouncing the Brazilian government at the United Nations for violating their rights to free, prior and informed consultation and consent.

The Brazilian government is struggling to maintain that it can “get it right” on social as well as environmental issues as it aims to ramp up energy production. The Belo Monte case indicates that the nation’s leaders may be exercising considerable wishful thinking in that regard. Belo Monte may well be a test case for the promises of the green economy, and we stand forewarned. 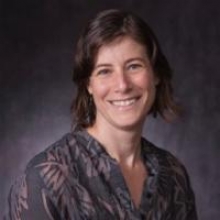 Eve Bratman
Eve Bratman is an Assistant Professor at American University's School of International Service in Washington, DC. She is a political ecologist with interdisciplinary training in international relations. Her primary research involves sustainable development politics in the Brazilian Amazon, concentrating on the links between environmental policy, infrastructure, and human rights. Her forthcoming book is entitled Governing the Rainforest: Sustainable Development Politics in the Brazilian Amazon. She has a PhD from American University, a certificate in human rights law from the Washington College of Law, and a BA from Oberlin College. Webpage: http://www.evebratman.com