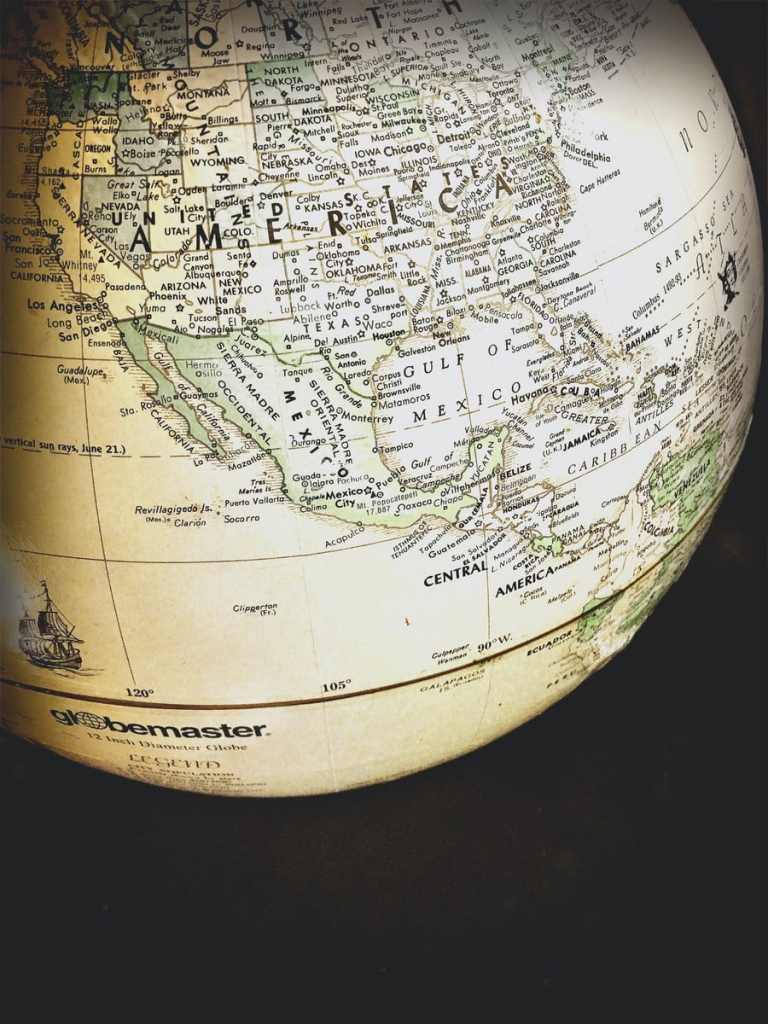 “[T]he eternal racism “of the 500 years” against Indigenous Peoples is the basic cause for which all of the revolutions and counter-revolutions, all of the different types of government, of the left, the right, dictatorships, and democracies have not recognized the linguistic rights of Indigenous peoples” - Demetrio Cojtí Cuxil

With the coming and passing of Indigenous Peoples’ Day, we as a society must continue to celebrate and advocate for Indigenous communities that have been destroyed and deeply scarred by centuries of colonization. Indigenous peoples are the holders of unique and ancient languages, knowledge systems, and beliefs. Much of this knowledge that proves invaluable in the sustainable management of natural resources comes from a special relation to traditional land. Indigenous ancestral land has fundamental importance for their collective physical and cultural survival as peoples. Indigenous peoples hold their own diverse concepts of development, based on their traditional values, visions, needs, and priorities (UN, 2007). Diasporic Blackness in Latin America can be attributed to colonization and displacement. The violent uprooting of African families and individuals from their homelands during the fifteenth century and the concept of indigeneity both greatly contribute to the complexity of Latinx heritage. The amalgamation of these two identities specifically has resulted in the creation of new cultures, languages, and world perspectives. Two groups in particular that embody this intersectionality are the Afro-Indigenous tribes known as the Garifuna and the Miskito people. Both communities face cultural erasure, seizure of their native lands, and violence due to racism and discrimination. However, the growing recognition and representation of Indigenous people helps to combat this cycle of violence from continuing (Schlosberg, 2010).

Afro-Indigeneity signifies that a person is of native and African ancestry. The African diaspora is expansive, as the presence of Blackness is evident in a multitude of regions and cultures. In Latin America, this complex identity can be attributed to the Transatlantic Slave Trade. During this time, an estimated twelve to fifteen million enslaved Africans were expelled from their countries to the Western hemisphere, millions of which were transported to South America (Wells, 2015). Two communities, out of the four hundred that reside in Latin America, are the Garifuna and the Miskito tribe (Deruyttere, 1997). The Garifuna, also known as the Garinagu or the Black Caribs, is a Central American group of African and Indigenous Kalinago-Taino descent. On the other hand, the Miskito are an Indigenous group in Central America who are of mixed race. The people of this tribe are of African-Native American ancestry primarily (Coronel, 2016). Others in the group are of mixed African-Indigenous and English descent. Each community has survived on and cared for the land that they inhabit yet face struggles to maintain their residence and culture.

The Garifuna are descendants of Africans taken from their homelands through human cargo ships. The history of Garifuna political identity begins with the wreck of a ship carrying enslaved Africans near the Caribbean Island of St. Vincent in 1675 (MacNeill, 2020). The West Africans, as well as the groups of other Black individuals escaping slavery on other Caribbean islands, found refuge and began families with the Indigenous population. An Afro-Indigenous culture developed that existed outside of the labor plantation system brought by colonial forces. The Garifuna have retained many Afro-Caribbean traditions in addition to their language. Recent decades have seen shifts in official policy toward recognition of indigeneity, multiculturalism, and linguistic diversity. Nonetheless, states continue to undermine material conditions for Indigenous social and linguistic self-determination (Gustafson, 2009). The Garifuna Nation explicitly links its policy of language revitalization to economic survival (Ravindranath, 2007). This is due to the escalation of land grabbing for tourism, biofuel, and carbon market ventures, with impacts on Afro-Caribbean and Indigenous and Creole peoples throughout the region (Brondo, 2013). This issue of linguistic and land preservation is not exclusive to this group alone, as Miskito tribes face similar tribulations.

The Miskito community is an Indigenous-Black society formed despite the discrimination they endured. In the late seventeenth century, a small native population near the area of the Río Coco acquired items that aided in their ability to trade; guns, ammunition, and goods. Along with their acquisition of trade power, they also openly accepted enslaved Black individuals fleeing from various areas in the Caribbean and Central America (Wade, 2010). These two communities blended together, like the Garifuna, creating a unique population. Language plays a large role in this community’s culture, as they speak their native Miskito language- known as Mískitu- Miskito Coast Creole, Spanish, and other languages. Miskito Coast Creole is an English-based creole which came about due to frequent contact with the British for trading, as they did so primarily along this coast.  These languages, however, are at risk of erasure due to the various destructive forces that attempt to drive these communities out (Colchester, 2003).

During the early colonial period, native peoples were eradicated by means of diseases such as measles and smallpox. In present day, as countries continue to grapple with the COVID-19 pandemic, Indigenous and Afro-descendant communities are among the most vulnerable, with many facing poverty, poor health-care access, and limited information (UNPF, 2020). In countries such as Guatemala, Honduras and Belize, populations are facing disproportionately negative effects due to the lack of prevention information being spread in their native languages. The socioeconomic, geographic, and linguistic disparities are all working against these native peoples. The areas in which these groups are forced to live are generally located in areas considered to be the least hospitable of the continent. In the more accessible areas, Indigenous peoples were made extinct or have been pushed back by colonization to remote and isolated region (Deruyttere, 1997). In both a contemporary and historical sense, the Garifuna and Miskito people have been discriminated against and demonized by many, as they have been negatively stereotyped as being too elemental and rural. The right to, and necessity of land and natural resources refers not merely to land as a means of production and economic sustenance but, most importantly, as the territory that defines the cultural and social space needed for the physical and cultural survival of the group. Both communities, given their close geographic proximity to one another, are often pinned against each other as well due to the necessity of livestock and crops (Coronel, 2016). This natural resource feud represents racial struggles, given the way Indigenous and Afro-Indigenous identities are racialized in Latin America.

The protection of these groups often falls into the hands of the groups themselves. Ongoing coloniality sets the stage for the current politics of revitalization, where the most promising efforts emerge from grassroots movements and trans-local networks (Coronel-Molina, 2016). As consumers of media, it is imperative that we strive to support disenfranchised groups. We may do so by diversifying our social media following, reading about the experiences of people of color, spreading important information, and contributing to organizations that exist to serve these communities. The growing international dialogue of Indigenous rights has influenced the significant gains in the legal and constitutional recognition of Indigenous rights in pluri-ethnic and multicultural societies (Deruyttere, 1997). An organization known as the Indigenous Peoples’ Movement is a well-known active group which serves to advocate for Indigenous groups around the world. On their official website, they have commented on the current Black Lives Matter movement and use their platform to stress the importance of Black and Indigenous unity. The statement is as written:

“Our struggles are inherently intertwined with those of the Black Community. The Indigenous Peoples Movement views all members of the Black community and all Black people as Indigenous People. Africa experienced the same horrific colonization at the hands of European settlers as many Native tribes of North and South America. The United States after all was created upon land stolen from Native Americans and the backs of a people stolen from their lands. Statistically, the two groups most likely to be killed at the hands of police in the United States are Black and Native Americans. We cannot stand idly, we must unite against our common oppressor” (Indigenous Peoples Movement, 2020).

The Latinx identity is an ever-contested concept. The cultures that are celebrated and passed down through generations can be traced back to Indigenous groups as well as Indigenous groups of African descent. The existence of these communities serves not only as a symbol of resilience but also signifies that Black individuals are capable of being indigenous to Latin American soil. Eurocentric and colonial paradigms attempt to negate this fact, however, through the continuous pursuit of knowledge, we are capable of ending this cycle of violence enacted on these marginalized communities. External forces and internalized stigma erode intergenerational transmission, contributing to ongoing language shift and loss (Hornberger, 1996). As stated by Demetrio Cojtí Cuxil, a prolific Guatemalan scholar, “[T]he eternal racism “of the 500 years” against Indigenous Peoples is the basic cause for which all of the revolutions and counter-revolutions, all of the different types of government, of the left, the right, dictatorships and democracies have not recognized the linguistic rights of Indigenous peoples” (Coronel-Molina, 2016). Giving communities such as these the platform to speak amplifies their voices and grants them the space necessary express their experiences and demands. Continuing the recognition and representation of these Indigenous groups not only validates their existence but serves as a form of protest in opposition to destructive Eurocentric ideology.