Academic Exchange Between Cuba and East Germany Since 1960s – A Transnational Elite? 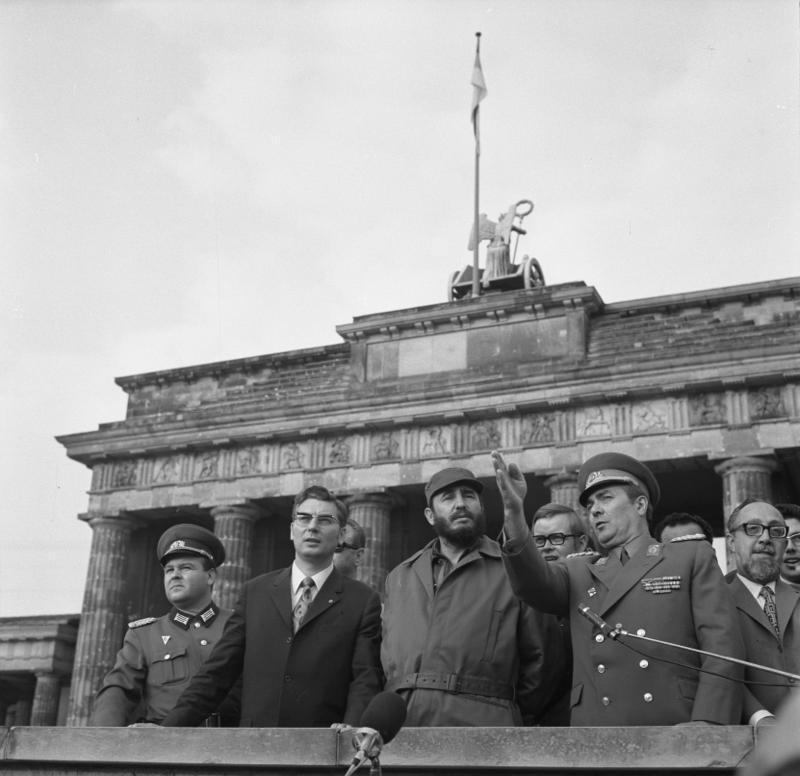 The partnership between revolutionary Cuba and the German Democratic Republic (GDR) offered a route for migration that had not been possible before. While acade­mic exchange was aimed to construct a socialist society in Cuba and serving the eco­nomic and political interests of both states, the creation of a transnational academic elite and of intel­lectual collectives across borders occurred as a by-product of the exchange. The research interest of my PhD-project was to show how these 'by-pro­ducts' came into existence, des­pite political, financial and organizational limitations of academic exchange. The objec­ti­ves of the political system and its particular migra­tion regime in contrast to the individual intentions of the (temporary) migrants is a key issue for researching how academic exchan­ge functions. I have looked at scienti­fic, academic or scholarly exchange and cooperation between Latin America and Ger­many (19th – 21st centu­ries) from multiple perspectives, and found that they are influ­enced by varying migration policies and external factors: amongst others a rise in the German public's interest in the region; the student movement, combined with the desire to create academia anew in Germany; a growth in higher education, and an intellec­tual renewal in Latin America; and the unfortunate appearance of military regimes that led to a wave of intellectuals seeking refuge elsewhere.[1] Although my study was not focused merely on Cuba, I find the case of Cuban – East German scho­larly cooperation especially revealing, because academic migration between these two states had not been possible prior to the 1960s, and it lasted only three decades, befo­re the political world stage changed drastically in 1989. It was built on government agree­ments.

The revolutionary Cuban government initiated an expansion and reform of public edu­cation, including, among other means, a campaign against illiteracy. In 1962, the reform process also addressed the system of higher education, based upon an extensive aca­demic exchange. Universities were to serve the economic and social development of the country, and were supposed to provide the education of the workforce that was needed in agricul­tural and industrial sectors, in administrative or social institutions. This higher edu­cation policy was seemingly successful for Cuba: by 1983, most Cuban academic person­nel could be educated in Cuba itself, taught by professors who had been qualified in other countries, primarily in the Soviet Union but also in East Germany.[2]

On the other side of the Atlantic Ocean, the Ministry of Higher Education in East Berlin gradually centralized university politics.  A major challenge for the organization of scienti­fic exchange was the lack of capa­city in the host universities, including accommodation, supervision, and tutoring of the foreign students. These had to pass classes in German lan­guage and preparatory courses for their subjects of study, before they could go on to uni­versity. The exception, of course, were doctoral students, who in many cases already spoke German, and their German colleagues were fluent in Spanish, as the language training in the GDR was thorough and of high standard. The main center for German language trai­ning was the 'Herder Institute' in Leipzig, founded in 1956. Addi­tio­nally, there were obliga­tory language classes in Havana, preparing students for their terms abroad, and in connec­tion to it a quantitatively small exchange of teachers from East Germany to Cuba.

The higher education administration monitored the students, their progress and beha­vior, but also representatives of the Cuban 'Ministerio de Educación Superior' (MES) fre­quently traveled around the GDR and met the Cuban student groups to supervise the pro­gress of the individual study programs. Insufficient achievements of individual students led to their being sent home. The whole ex­change was organized to guarantee an optimum of efficiency, and that meant keeping all distractions at bay. Furthermore, it was expected that the students would return to their country and help building a socialist Cuba.

The individual experience of the Cuban students within the framework of the migration regime determined the further development of bilateral international cooperation: The per­sonal relations built between German and Cuban researchers and scholars maintained the academic exchange after 1989: for example the institutionalized cooperation between the universities of Magdeburg and Santa Clara could celebrate a 25th jubilee in 2006, although it had paused for a few years between 1990 and 1996. One important incentive for it to begin with had been that various Cuban PhD-students had studied in Magdeburg in the 1970s.[3] They were the ones to carry on the cooperation on the Cuban side. New govern­ment agreements, tourism, university partnerships, and options for funding facilitated Cuban academic migration to Germany after 1990, although the numbers did not increase considerably, due to a halt in political relations. The financial and material aspect had been a problem in many cases for cooperation between the GDR and Cuba. Study conditions and financial support play a vital role in the migrating acade­mics' experience abroad. However, the social factor cannot be neglected: Cuban doctoral students in East Germany generally had above-average living conditions and were associated with research groups, so they did have more contact with Germans than regular students. Latin Americans were regarded as particu­larly socially active, and they were popular among the Germans, not least the Cubans, because of the general interest in the revolution and its actors.[4]

Cuban academic migrants had a political and economic mission, as well as an academic one, and even a small number of scholars could establish important connections between groups of decision-makers. The rigid migration regimes of Cuba and the GDR did not pre­vent the evolution of an intellectual elite with international connections. However, the question of which ideas or con­cepts did actually reach the decision-making level of the political system was not down to indivi­dual decisions. This is not that different from other political systems, since – from a systemic point of view – assimilation takes place not in the nation-state but 'in organizations of the important functional sectors of modern society'. Those sectors refer to enterprises, administrations, or universities. 'Every migration is rela­ted to processes of assimilation'.[5] For example as in the Cuban case academic migrants have to adapt to the expectations of the new university or scholarly system in order to be granted entry.

In conclusion, academic migrants' search for research fields and funding, as well as an existing connection to an institution, prompts academic and scholarly exchange. The strict regime of the Socialist Bloc obstructed transnational scholarly discour­ses other than those specifically intended, but it also provided a way and an open door for South-to-North migration by creating personal networks. These play an even greater role for today's acade­mic migration, which is not directly obstructed by political means to such an extent. But, especially from the Global South to the Atlantic North, it still depends on the financial and hegemonic structure of the academic centers: The constitution of transnational space is a consequence of global inequality, not its solution.[6] 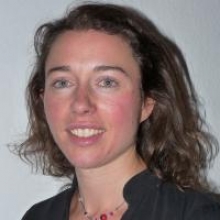 Menja Holtz
Menja Holtz has studied in Hanover and Rostock, Germany and in Valencia, Spain with a focus on (Latin) American history and sociology. She has received her M.A. with a work on the Chilean exile in Germany and her PhD with a thesis on scholarly exchange between Latin America and Germany. She is currently working on a project about Moravian Delaware biographies.